Blessed Imbolc/Candlemas (which I will be celebrating properly this weekend) and I am hoping Maximus does not see his shadow, because although we had almost no winter to speak of this year in terms of snow, I am ready for the sun. 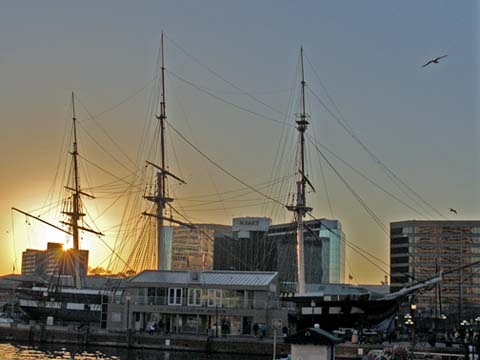 USS Constellation, winter sunset.
Posted by littlereview at 12:15 AM