Not a day I want to remember. Neck: sore and itchy, and the stitches are so close to my hairline that it is absolutely impossible to keep a bandage on because the tape gets stuck in my hair and pulled around. Lunch: at Legal Seafood with mother since husband had a lunchtime meeting with some big honcho from corporate headquarters in New York, excellent as always, plus she bought me a micro back bag to use as a wallet with a strap so it can be carried independently as a purse, so that part of the day was very nice. Kids: let's just not go there. I want to throttle one (although, since I am his mother, everything he does wrong in his life is my fault, according to him) and the other wants to throttle me (because, since I am his mother, everything that goes wrong in his life is my fault, according to him). Evening: older son's annual school science expo, which was fine, crowded, less celebrity-laden than usual which was fine with me because instead of going to see local celebrity anchorman we left early. Night: drove home in pouring rain, took a bath with Alan Rickman informed older son that he is not listening to "Smack That" until he develops a better sense of what language is appropriate in which venue, played with my new kaleidoscope to stay calm. Tomorrow is another day. 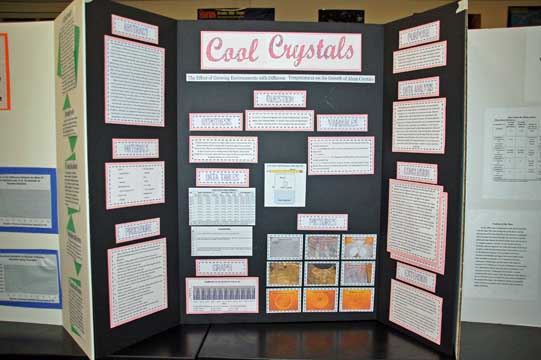 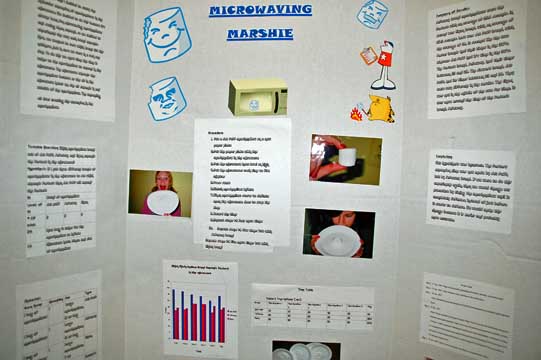 See, I would have liked middle school science if I had gotten to do projects like this, microwaving marshmallows to see how hot they had to be to make s'mores melt! 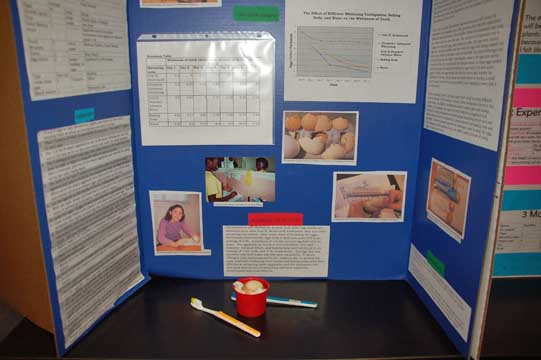 This girl tested whitening toothpastes on brown eggs. I believe Rembrandt won. Maybe the girl with the marshmallows can test the results on her teeth. 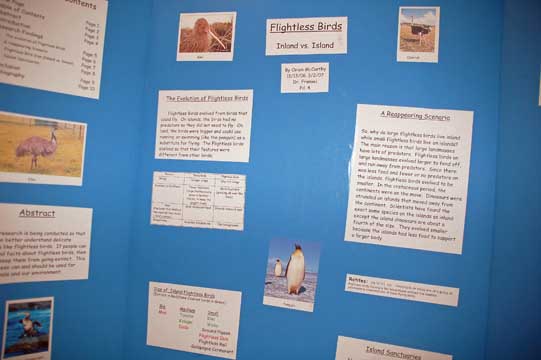 Younger son's favorite project, since it involved penguins and other birds. Considering that he will not be attending this middle school, he was remarkably pleasant all evening. 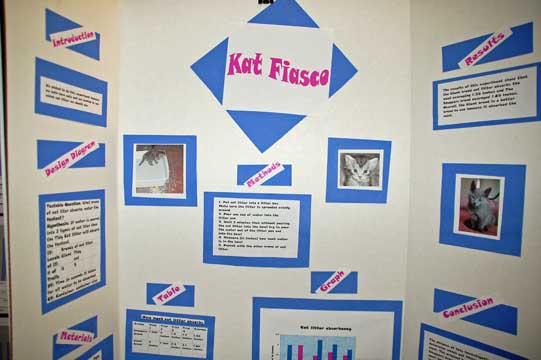 As always, projects with animals were very popular, especially pets (this one was on which kitty litter clumped most effectively) though there were also a lot of projects on Mad Cow Disease. 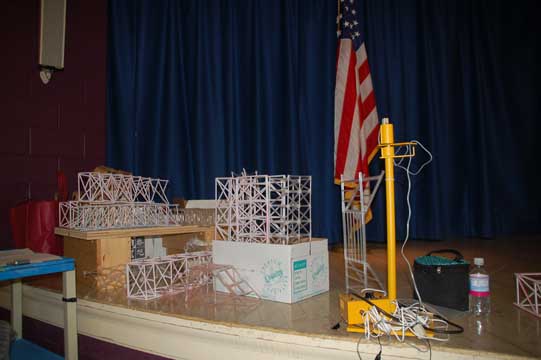 The straw bridges were displayed on the stage of the cafeteria. 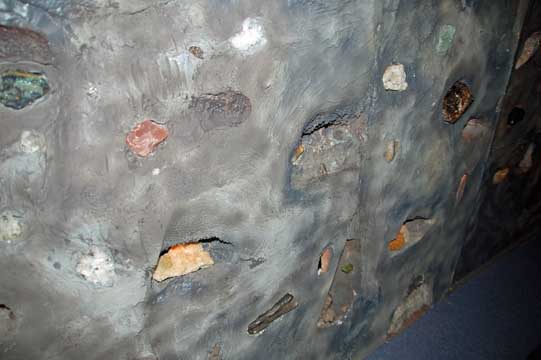 The coolest display, put together by a science teacher, was this "crystal cave" with samples of minerals from caves and fossils set into the papier mache walls on either side.

Yeah, very very tired. Maybe tomorrow I will have thought of something coherent to say about Tasha and the Poison Spike Glove of Doom.
Posted by littlereview at 12:01 AM