For the Conductor of the Eternal Symphony
upon the wine festival lyre,
a song of David.

God, Our Upholder, how vast is your signature
over all the earth.

It reflects your glory in the heavens.

to oppose those who oppose you,
to bring the enemy and man of vengeance to a halt.

When I behold your name in the heavens,
the craft of your fingers,
the moon and stars that you have fixed immutable,

Yet you have made him only slightly less than God.
You have encompassed us with glory and splendor.

You allow us dominion over the works of your hands;
you placed everything under our feet,

flocks of sheep and herds of cattle, all of them,
all the beasts of the field.

The birds of the sky and fish of the ocean,
all that traverses passages of the sea.

God, Our Upholder,
how vast is your signature
over all the earth.

From Poet's Choice in The Washington Post Book World, an unpublished poem by a former student of columnist Mary Karr, who writes, "A former rabbinical student, Greenberg admits to taking liberties to modernize the songs, capturing the human ardor and agony. But how fresh the resulting language is. She favors things over ideas, beauty before theology. She even enlivens the traditional address...Greenberg explains that 'the word Adonai comes from a root meaning support for a pole of the tabernacle, so I often translate it as Foundation or Upholder' [rather than 'Lord']."

Daniel had robotics for most of the day, so Adam took his place volunteering at Hebrew school. Then we had lunch with my parents and Uncle Mickey, who was staying with my parents for a few days while in DC on business; he flew out this afternoon, while we retrieved Daniel and did a bunch of reorganizing -- I wanted to empty out the living room toy chest, which mostly contained games the kids had outgrown, to use as a place to keep my camera equipment, which required sorting various pieces into appropriate containers, plus deciding what to give away and where to store what we kept. During this project, we watched the delightful Ravens game, which was close throughout and then ended the way we wanted...unlike the Cardinals-Panthers game, which has been a blowout, but a nice surprise as well! 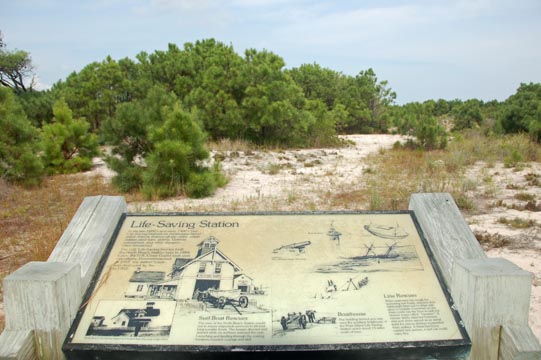 Some photos from last summer that I never got around to posting: the life saving station on Assatague Island. 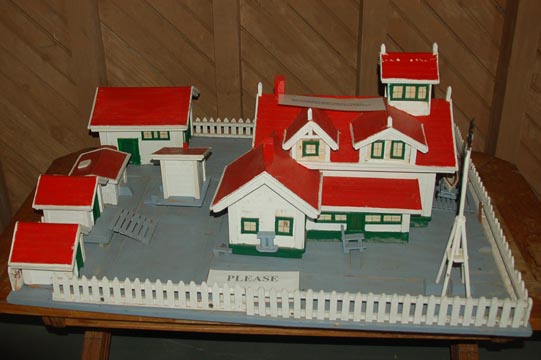 It is no longer standing, but the North Beach Life Saving Station stood for over thirty years and saved dozens of ships and, when that was impossible, their passengers. 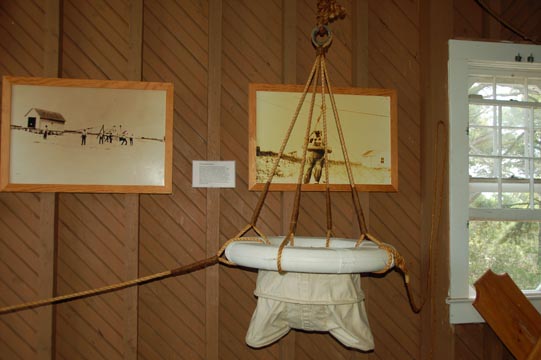 This is a breeches buoy, a cork life-ring with a pair of breeches sewn inside, used to haul victims to shore when their ships wrecked close to shore. 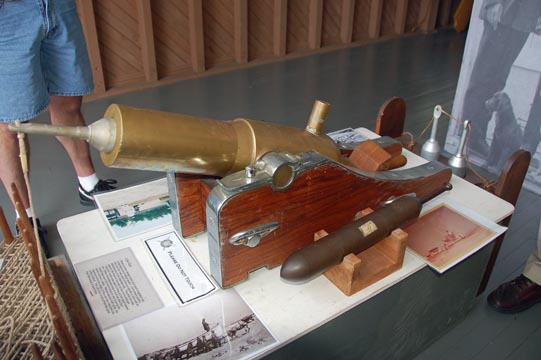 The Lyle Gun was used to fire a projectile with an attached line to ships that became stranded on sandbars. A hawser line could then be sent out with a surf car attached to shuttle passengers to shore. 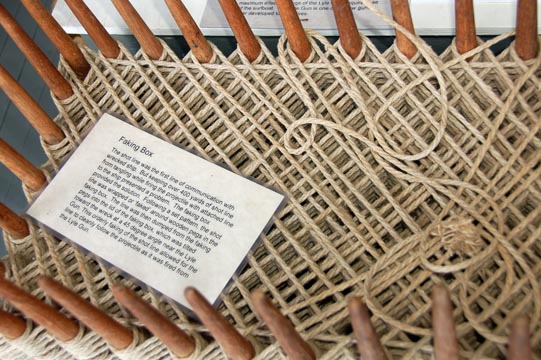 The faking box allowed the rescuers to prevent the line from tangling as it was fired toward a ship in distress. 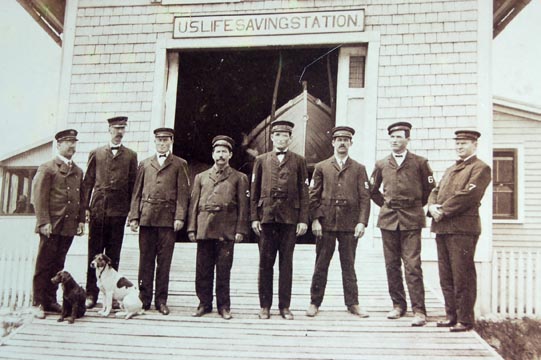 For ships outside the effective range of the Lyle Gun, these officers took out the surf boat to rescue stranded passengers. 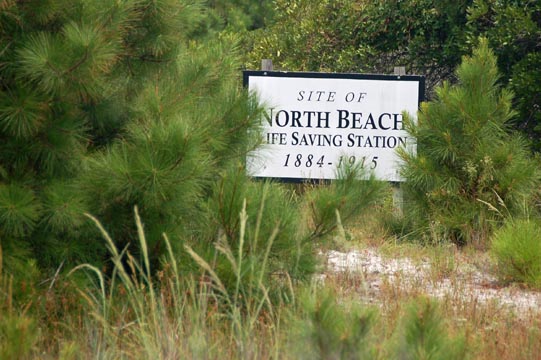 The life saving station was taken over by the Coast Guard in 1915, decommissioned in 1952 and destroyed by fire a decade after that. 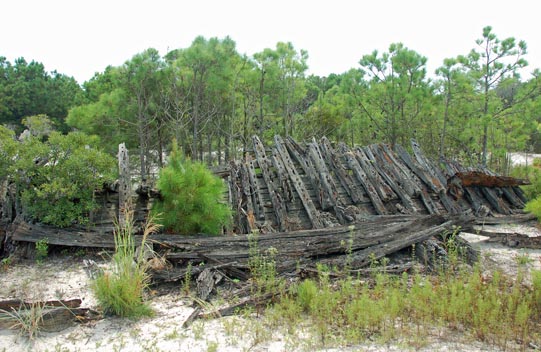 But there is a reminder of why it was necessary less than a hundred feet away.

The New York Post does not like my sometime imaginary boyfriend...it's fine with me if Russell Crowe got mediocre tabloid darling Sienna Miller bumped from his movie, but I hope it's not true that he and Ridley Scott are feuding. I'm very glad that NBC is still showing Crusoe, though I keep forgetting that it starts at 8 instead of 9, missing the beginning and failing to record it -- since we turned it on late, I thought for a moment that Crusoe's wife was really on the island, but even before I knew that he was hallucinating I figured lines like, "This isn't like me, Robin -- this isn't me" were probably a sign. I adore Crusoe and Friday and will be so very sorry when this show is gone. We watched a couple of episodes of Arrested Development, too -- we are converted!
Posted by littlereview at 12:04 AM