Poem for Wednesday and Sheep & Wool

February
In February it will be
My snowman's anniversary
With cake for him and soup for me!
Happy once, happy twice
Happy chicken soup with rice.

March
In March the wind blows down the door
And spills my soup upon the floor
It laps it up and roars for more
Blowing once, blowing twice
Blowing chicken soup with rice.

April
In April I will go away
To far off Spain or old Bombay
And dream about hot soup all day
Oh, my, oh, once, oh, my, oh, twice
Oh, my, oh, chicken soup with rice.

May
In May I truly think it best
To be a robin lightly dressed
Concocting soup inside my nest
Mix it once, mix it twice
Mix that chicken soup with rice.

June
In June I saw a charming group
Of roses all begin to droop
I pepped them up with chicken soup!
Sprinkle once, sprinkle twice
Sprinkle chicken soup with rice.

July
In July I'll take a peep
Into the cool and fishy deep
Where chicken soup is selling cheap
Selling once, selling twice
Selling chicken soup with rice.

August
In August it will be so hot
I will become a cooking pot
Cooking soup of course-why not?
Cooking once, cooking twice
Cooking chicken soup with rice.

September
In September, for a while
I will ride a crocodile
Down the chicken soup-y Nile
Paddle once, paddle twice
Paddle chicken soup with rice.

October
In October I'll be host
To witches, goblins and a ghost
I'll serve them chicken soup on toast
Whoopy once, whoopy twice
Whoopy chicken soup with rice.

November
In November's gusty gale I will flop my flippy tail
And spout hot soup-I'll be a whale!
Spouting once, spouting twice
Spouting chicken soup with rice.

December
In December I will be
A baubled, bangled Christmas tree
With soup bowls draped all over me
Merry once, merry twice
Merry chicken soup with rice.

I told you once, I told you twice
All seasons of the year are nice
For eating chicken soup with rice.

Oh please don't go -- we'll eat you up -- we love you so! R.I.P. Maurice Sendak. I worked all day; I got a huge amount done, but as a result I have absolutely nothing of interest to report. Watched Glee, rolled eyes, Rachel and Finn are not mature enough to graduate from high school let alone get married. Watched this week's Once Upon a Time, want more Rumpelstiltskin, less Regina.

A numerical majority of North Carolina voters are idiots as well as bigots. Do people really want to deny health benefits to elderly widows to punish gay people, or did they simply not read the entire bill? Please, Marylanders, turn out to keep gay marriage legal here in November -- don't make our state another haven for prejudice and embarrassment for civil rights. A few more sheep from the festival: 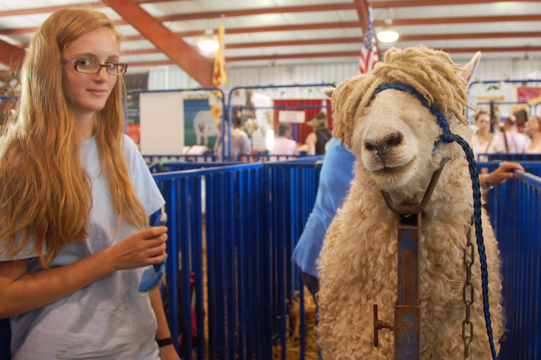 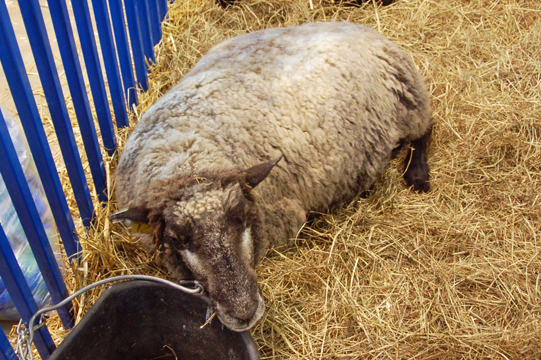 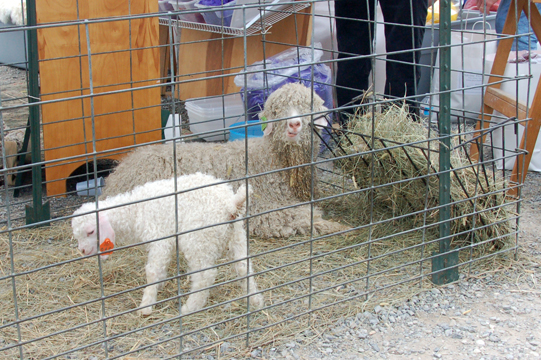 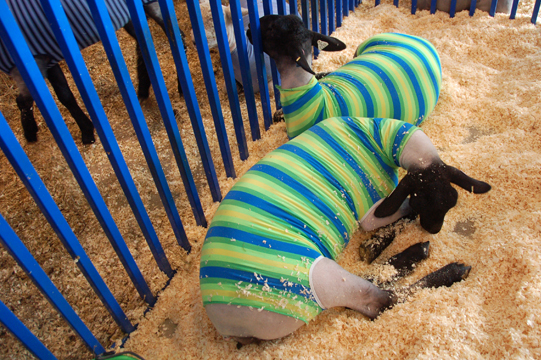 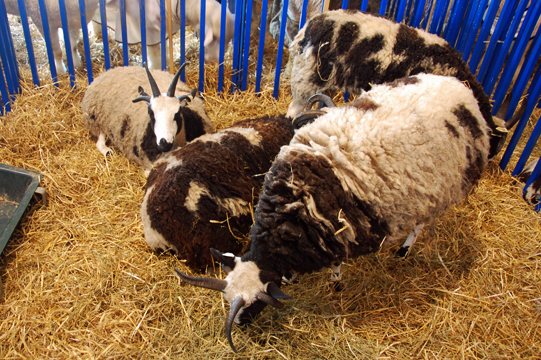 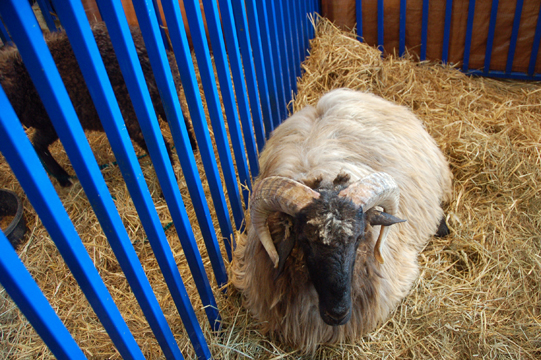 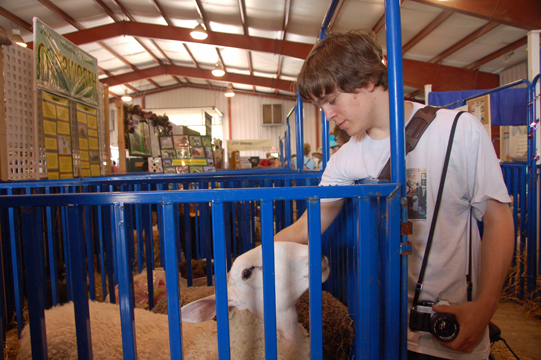 I love the sheep in sheep's clothing!

Nice to post for Maurice Sendak. My son's were little when the wild things first appeared. Nice job.

I love the stripey pyjamas on the sheep too! And I grew up with wild things, as did my children. I am only sorry Maurice Sendak died a day before the president finally endorsed marriage for everyone, though I gather that Sendak's partner died years ago.