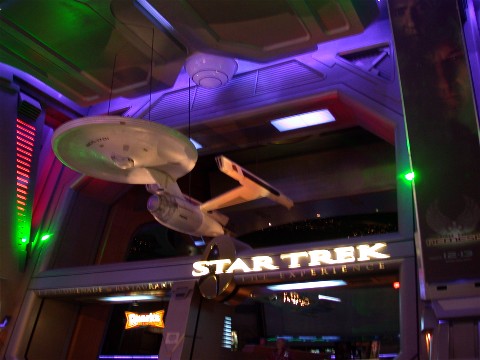 From the sublime to the ridiculous: the entrance to the Star Trek Experience (Quark's Bar downstairs, the extravaganza upstairs). A Trekkie fantasy in the middle of a city built entirely for entertainment, where parking is free, drinks are cheap and the swimming pools are incredible...
Posted by littlereview at 12:04 AM