Today was one of those absolutely perfect days weather-wise, perhaps 70 degrees, maybe a little more at mid-afternoon, and warm enough in the evening for me to wear short sleeves (namely my Sirius Black prison shirt) while taking the kids trick or treating. Before that, however, we went to Scotts Run, Virginia, where the leaves are somewhat past their peak but still lovely. This is the point where the creek reaches the Potomac River, so there are people fishing and bird-watching and letting their dogs swim in the shallows and taking photos of the waterfall like me. I wish I could say that the woods smelled as good as they do at Great Falls, but the creek parallels the sewer line and occasionally you get a whiff of reminder. Even so, it's quite lovely to experience.

We came home, watched the end of the Redskins game as already reported, had our pumpkin soup, lit the jack-o-lantern and various candles to mark the boundaries of our stoop, got the kids dressed and took turns walking around the neighborhood with them and giving out candy at home. There is an ungodly amount of chocolate in the kitchen at the moment -- enough to last till Valentine's Day, when it will all start over again. In a way I'm grateful my stomach has been off because except for a bite of a Hershey bar, I didn't eat any, making this the first Halloween in living memory when I did not indulge like a pig.

The kids have no school tomorrow because of a teacher training day, nor Tuesday for election day, so we are going to Pennsylvania to see my in-laws and coming back Tuesday to vote. I think the leaves are mostly gone at Gettysburg but we'll see. 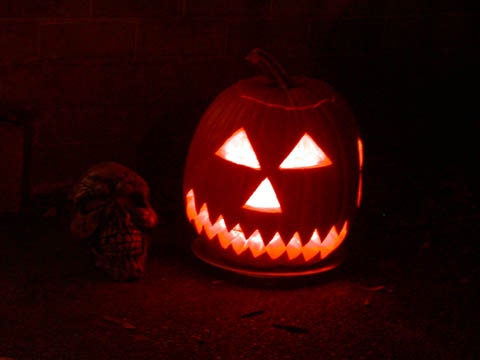 It's the Great Pumpkin, Charlie Brown!. 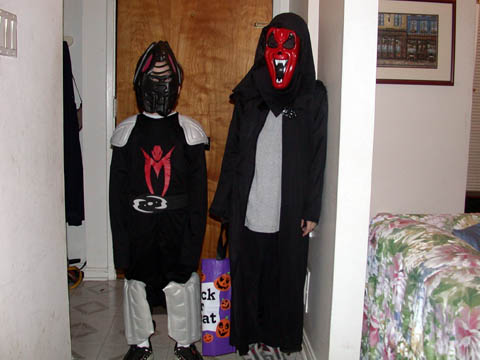 My kids. I feel quite safe posting this unlocked because it's not like anyone's going to recognize them from this. 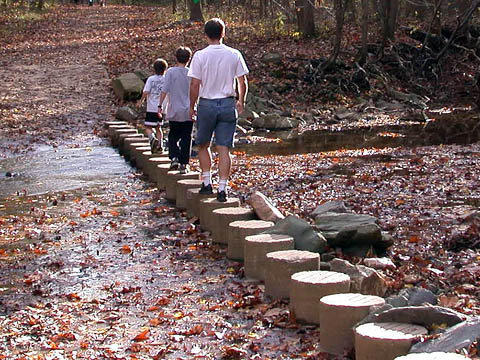 Sequel to this photo, the one I was trying to take last year when I got the blurred one instead. 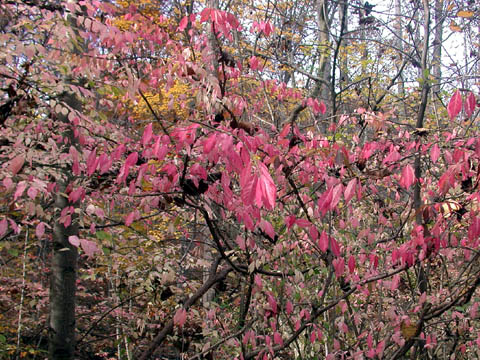 The trees aren't as red this year, but that may be because Hurricane Isabel changed things last year. 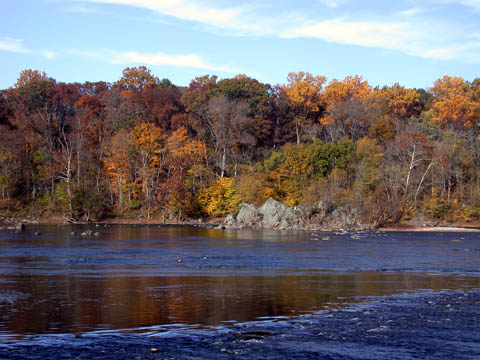 The view of Maryland across the Potomac River is still pretty spectacular. 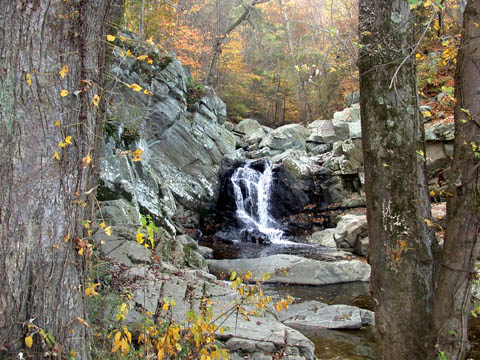 Here's the waterfall where the creek flows down into the river. 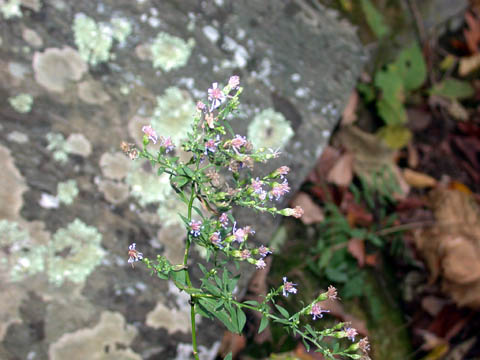 Wildflowers at the creek's edge. 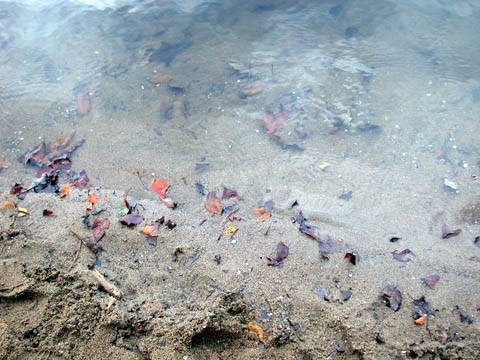 And here's the river's edge. Those little white bits in between the leaves are shells.
Posted by littlereview at 11:36 PM