Arr, mateys, a happy Talk Like a Pirate Day! Okay, that's enough of that. This afternoon after Hebrew school we took a walk at Great Falls, where the water was quite low and the leaves are just beginning to show the faintest hint of turning. The C&O Canal barge, which was badly damaged in Hurricane Isabel and has not ferried passengers since, was open for visitors today in the hope of raising money to build a new one, so we walked around and tried on the Colonial clothing on display there. We also glanced at the photos on display in the Great Falls Tavern visitor's center and walked out to Olmsted Island, where we saw a heron fishing in the river and turkey vultures circling.

We had to be home by four for younger son's soccer practice, so I worked on an article and reorganizing memories and tags here while finishing total crackfic with my partner in crime. In the evening after dinner we watched the Emmy Awards, where I am delighted to report that William Shatner won his second consecutive trophy for playing Denny Crane (last time it was guest actor on The Practice, this time it was supporting actor on Boston Legal). Shatner also performed the Star Trek theme music voiceover while Frederica von Stade sang, and appeared to be horrified to be beaten in viewer voting by Donald Trump...who perhaps not surprisingly is a better singer than Shatner. *g*

I also enjoyed seeing Kristen Bell singing the theme song from Fame, and I forgive Blythe Danner for being Gwyneth Paltrow's mother because she demanded that we get the heck out of Iraq as she accepted her award. Also, Hugh Jackman is as much fun as a winner and presenter at the Emmys as he is as a host at the Tonys, especially paired with Whoopi Goldberg. And I must be a sap because I got all pouty at the Jennings tribute by Brokaw and Rather even though I never liked Jennings. I thought all the In Memoriam clips were well done, as was the Johnny Carson tribute. 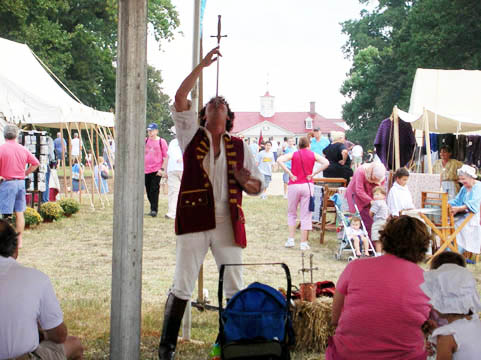 Otto the Sword Swallower begins a demonstration of his skills at the Colonial Crafts Fair at Mount Vernon. 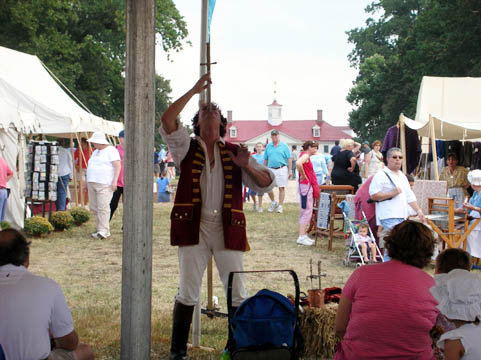 Before beginning, he has a member of the audience examine the sword to demonstrate that there are no tricks, then tilts his head, moves his adam's apple a great deal... 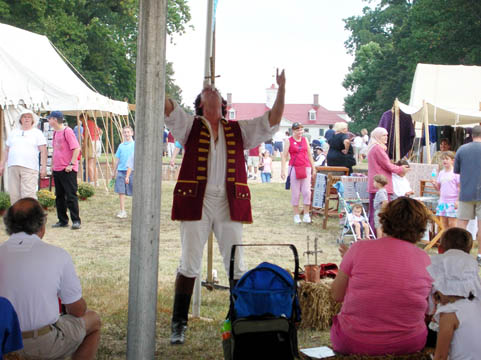 ...and gets an impressive number of inches down his throat. This is a fairly skinny sword but later in the show he did three at once. 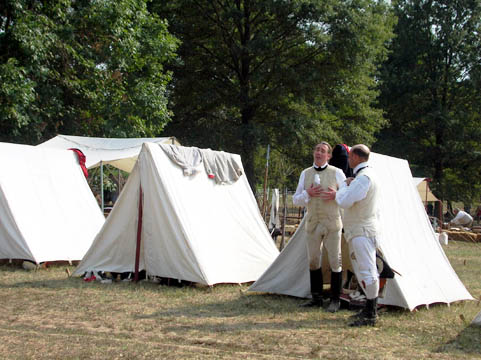 Here are reenactors from the First Virginia Regiment of the Continental Line in front of the tents where they were living for the weekend... 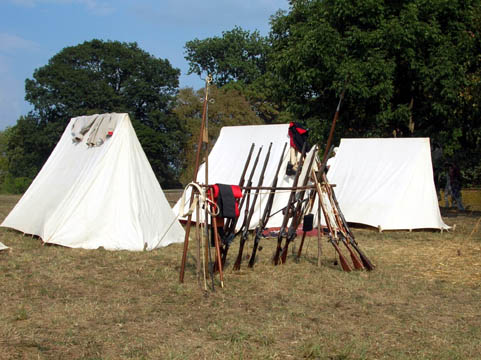 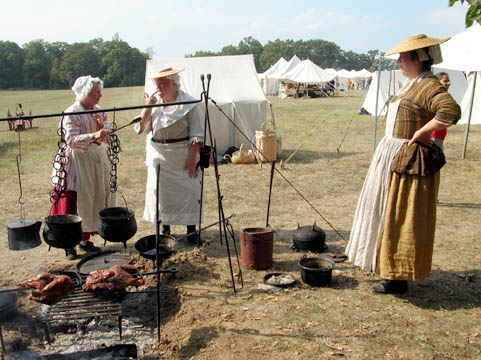 ...and their women cooking their chickens. 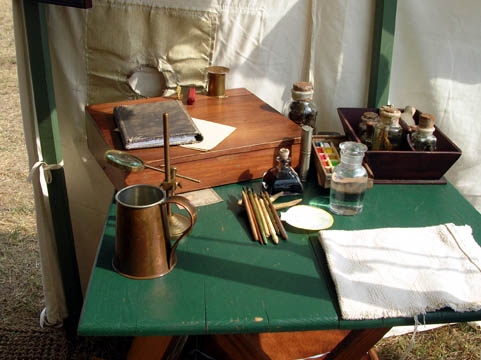 A table in the 18th Century Naturalist's tent.

Tomorrow, photos of George Washington's mansion and the magnificent grounds he inherited from his half-brother. I kept thinking of the plaque we saw in Durham Cathedral when we were in England earlier this year: "Remember in these cloisters which were finished in his day John Washington of Washington in this county, Prior of this Cathedral church 1416-1446, whose family has won an everlasting name in lands to him unknown."
Posted by littlereview at 12:04 AM