Have spent all day in the Brandywine Valley at museums -- the Brandywine River Museum in Pennsylvania, which has its annual train display and holiday critters as well as the art of three generations of Wyeths, then the Delaware Museum of Natural History which has dinosaurs plus an exhibit on the science of football, and finally the Delaware Art Museum which has loaned its Pre-Raphaelite collection out while it is finishing remodeling, but which currently has Pirate Tales and Beyond: The Adventures of Rip Squeak and Friends plus an exhibit on Sloan's New York and a permanent display of Howard Pyle's pirate paintings. Had a lovely afternoon, including lunch in the Brandywine Museum's excellent cafe and grungy dinner including Cinnabon at the Chesapeake House along I-95, but am now totally zotzed so shall simply offer some representative photos and collapse. 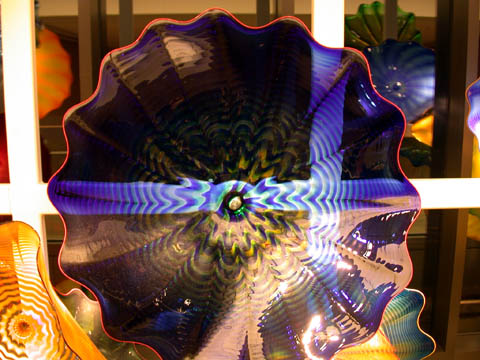 Dale Chihuly's Persian Window, seen from outside the rear entrance to the Delaware Art Museum. 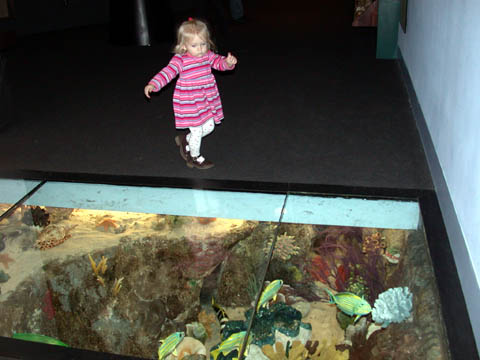 A little girl afraid to walk across the "coral reef" display in the floor at the Delaware Museum of Natural History. 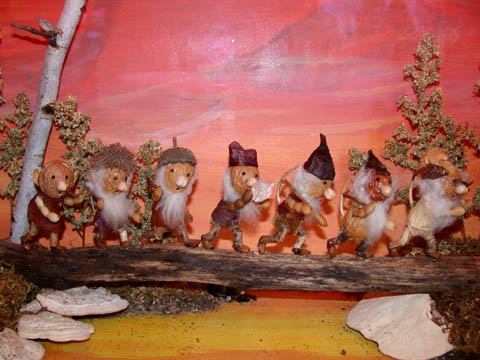 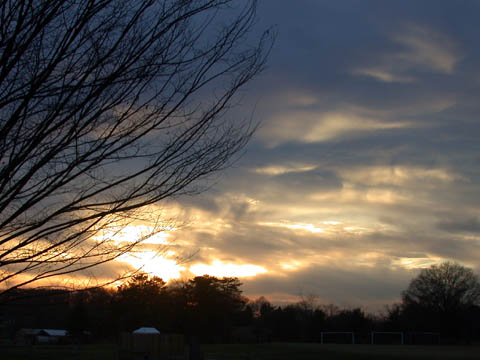 The gorgeous sunset over Delaware.

Tomorrow I will have no transportation and must work! So I shall catch up then! Apologies!
Posted by littlereview at 12:27 AM