He was a man knew horses, so we moved
As wills were one, and all was won at will,
In hand with such sleight handling as improved
Those parks and parcels where we’re racing still,

Pounding like pairs of hooves or pairs of hearts
Through woodland scenes and lush, dramatic spaces,
With all our parts in play to play all parts
In pace with pace to put us through his paces.

Ages have passed. All channels channel what
Imagined these green plots and gave them names
Down to the smallest role, if and and but,
What flies the time (the globe gone up in flames),

What thunders back to ring the ringing course
And runs like the streaking will, like Shakespeare’s horse.

"The story that Shakespeare got his start in theater by taking care of the horses audience members rode to plays...is probably apocryphal," Harrison tells Poets.org. "But he would have ridden horses frequently...I like to imagine that for several years he had a particular favorite, and that he even, on occasion, composed in his head while he rode."

I finished all my work in the morning and spent the entire afternoon making jewelry -- long story short, I wanted something spring-y and cherry blossom-y, but everything I found was either too expensive, too fancy, or just not me, so I ordered some lucite flower beads from Etsy and bought some chain from Michael's. Adam came home early to work on a Very Important Project that I can't discuss until after he presents it at school tomorrow, and we all went for walks since the weather was completely magnificent -- even the bunnies thought so, they are back on our cul-de-sac.

We watched The Crazy Ones to see Pam Dawber and Robin Williams reunite -- I adored Mork and Mindy back in the day -- and this week's excellent Elementary, which had both a good mystery and a good Sherlock story, plus great guest stars. Now we are watching Comedy Central, which is an exercise in nostalgia all of a sudden now that we know Colbert is leaving to take over for Letterman -- I am happy for him, it's a step up, but I assume we're losing the character who parodies the news nightly in favor of something more corporate-friendly. Some Mount Vernon lambs: 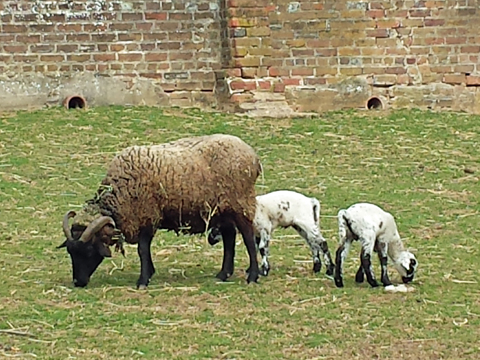 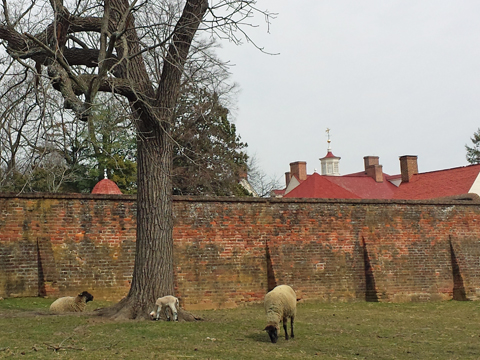 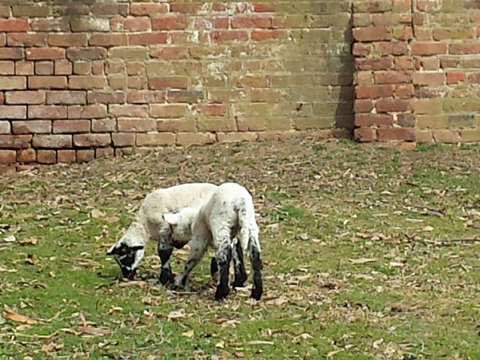 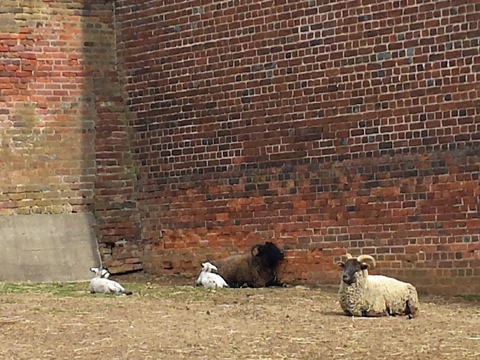 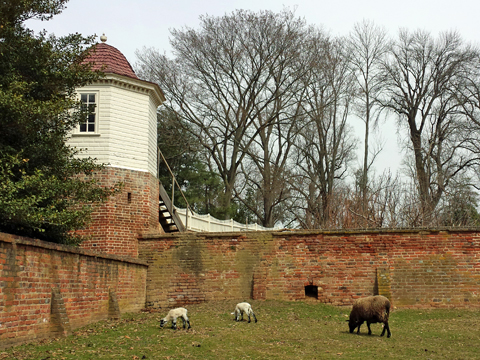 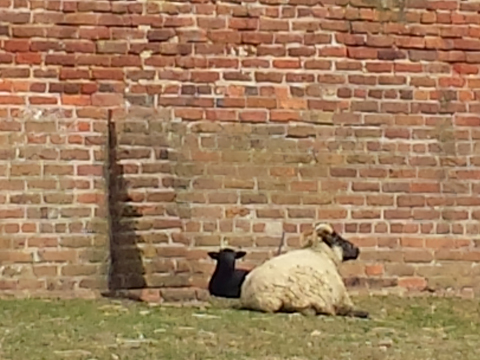 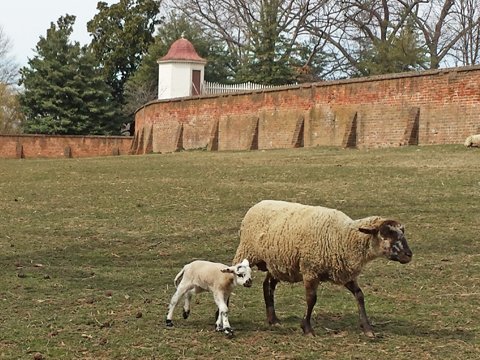