Poem for Monday and Museum-Going

I cut the orange in two
and the two parties
are not equal. I watch
the driveway, study
irregularities in market
fluctuation, the bird
humming at the feeder.
It’s colder than yesterday.
Very dark. I’ve been here
now two years and
haven’t received a letter.
One hour of sleep
before midnight is worth
three in August. Do you
know what I mean?
Women in particular
responded once to my
advances. I’ve been
researching Buddhism
on my phone for twenty
minutes. They say one
thing exists in every
hidden thing. Soon I will
replace myself with
the sound of a prayer
bell application. Cigarettes
drag time. I get news
alerts: first the harbinger
of the storm, followed
by an icon of the sun
covered in raindrops,
then nothing to look
forward to. Another
coffee without milk.
There’s no hurry.
In a few hours a sprinkler
system automatically
operates. Someday
somewhere I believe
someone will depend
on my presence
at a recital or, more likely,
their ride home. I wish
there were more time
to go back to school,
read the classics, clean
the pool. The doctor will
arrive soon to walk me
around the bend up in
the road, pause at colonial
gravesites. I could care.
Gradually these fields broaden,
brown, and we walk back.

It did not rain on Sunday after the very early morning hours, but that doesn't mean we saw the sun -- it remained fully overcast all day. So after a morning reading the newspaper and getting things organized, we went with my parents to the Arlington Arts Center's Play exhibit, which I thought was really fun and my parents thought was mostly strange (see article). From there, we went to the Folger Shakespeare Library, which had an exhibit on legal history in Shakespeare's era. When we left, we stopped at the flea market at the Eastern Market, which was starting to close for the evening. 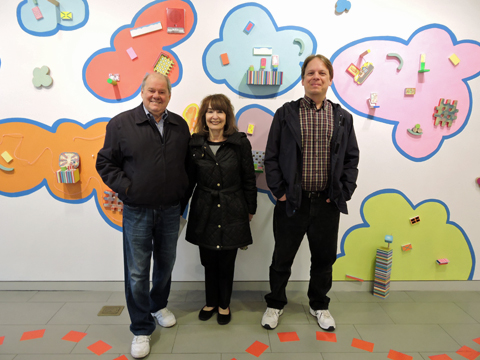 My parents and Paul at the Play: Tinker, Tech, & Toy exhibit. 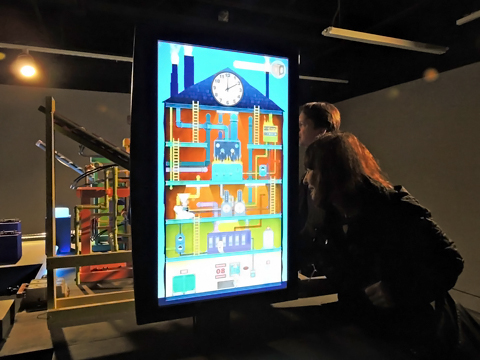 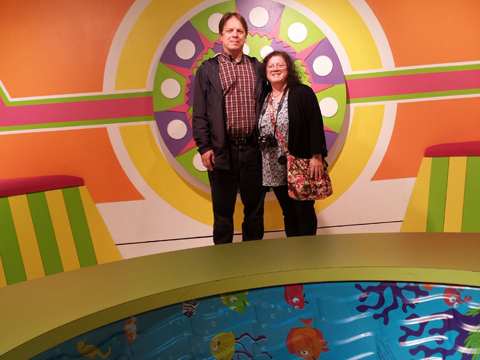 With Paul in Scott Pennington's Carnival Interior, which has one of those ponds from which people try to pick ducks with winning numbers... 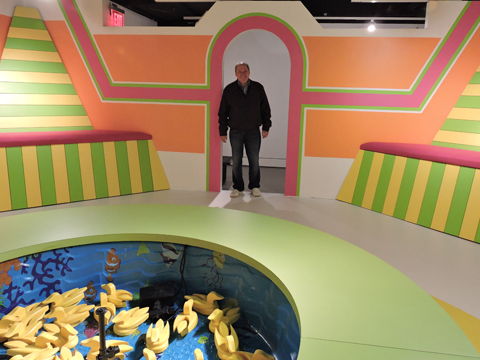 ...though these ducks are hand-carved and the walls have bright-colored rotating discs and seats. 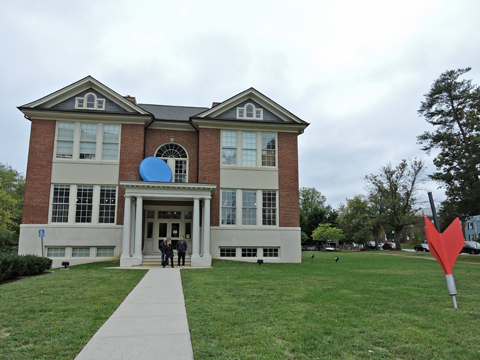 Cory Oberndorfer designed the giant frisbee on the roof and dart on the lawn. 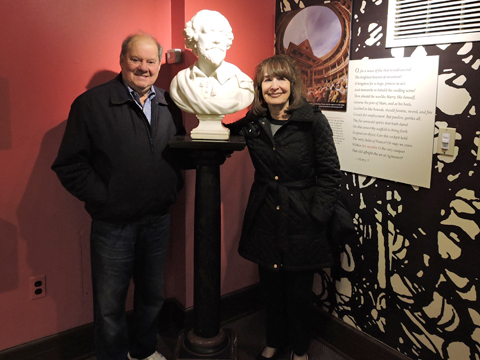 At the Folger Shakespeare Library's Age of Lawyers: The Roots of American Law in Shakespeare's Britain 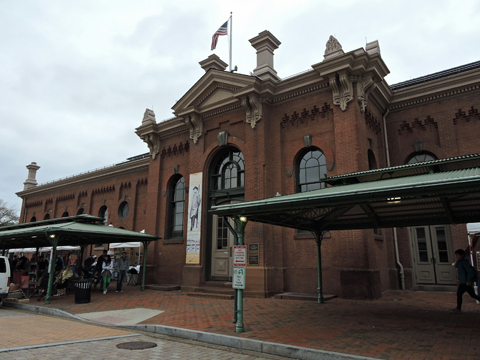 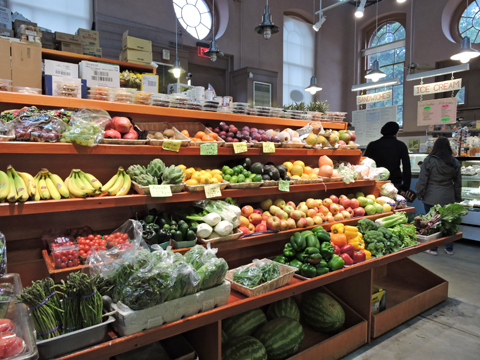 ...and inside, where there is fresh fruit, fresh fish, and more fresh meat than I really needed to see!

Having had an early football morning watching the Jets play the Dolphins in London, we listened to football on the way to and from the museums -- miraculously, DC won, probably because we were at the market and couldn't hear or worry about the score. We ended up having dinner with my parents. Then we watched the Cowboys-Saints game around Madam Secretary, which had some fairly cracktastic elements but I am still so glad to have it back on the air, even if it means that Once Upon a Time gets relegated to being watched later in the week, Regina or no Regina.