The dull, faint patter in the drooping hours
Drifts in upon my sleep and fills my hair
With damp; the burden of the heavy air
Is strewn upon me where my tired soul cowers,
Shrinking like some lone queen in empty towers
Dying. Blind with unrest I grow aware:
The pounding of broad wings drifts down the stair
And sates me like the heavy scent of flowers.

I lie upon my heart. My eyes like hands
Grip at the soggy pillow. Now the dawn
Tears from her wetted breast the splattered blouse
Of night; lead-eyed and moist she straggles o'er the lawn,
Between the curtains brooding stares and stands
Like some drenched swimmer — Death's within the house!

Alice had an appointment on our side of the river very early in the morning, so afterward she came over and came out with me and Maddy to Bagel City. Then, since we were in Rockville, we went to see F. Scott Fitzgerald's grave in the cemetery at Saint Mary's Church. Fewer people had left alcohol for him than the last time I was there, but he and Zelda still had some holiday decorations and flowers on the Great Gatsby-inscribed stone as well as several pens. It was chilly in the church yard so we were going to stop for coffee afterward, but couldn't figure out the best place to park for Starbucks and ended up getting bubble tea instead. Here are a few photos of the graveyard, church, and winter jasmine blooming at the entrance to my neighborhood on the way home later: 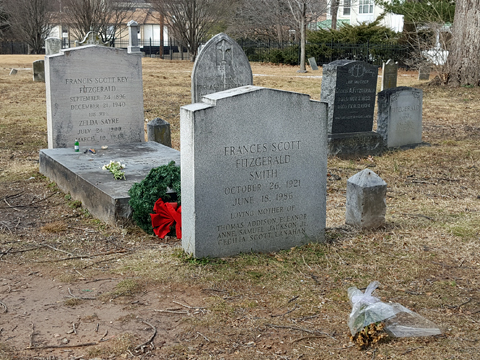 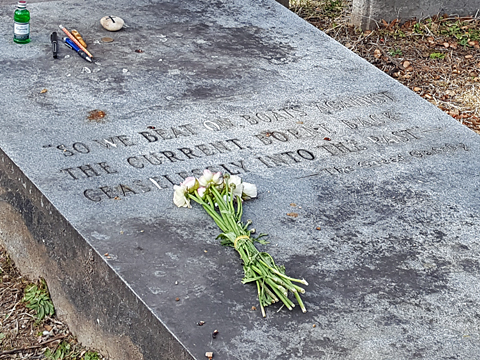 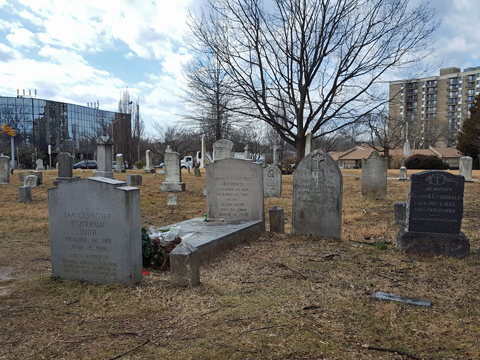 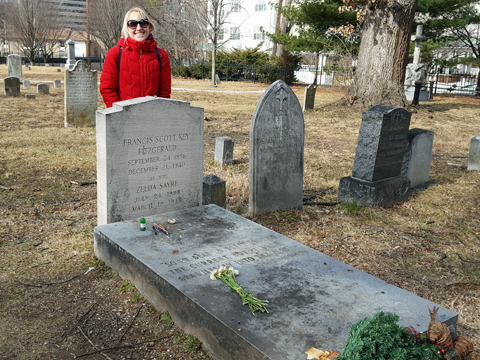 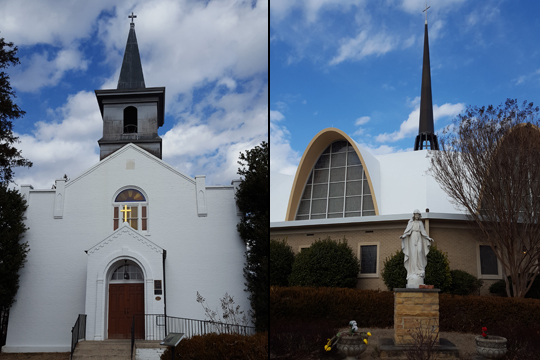 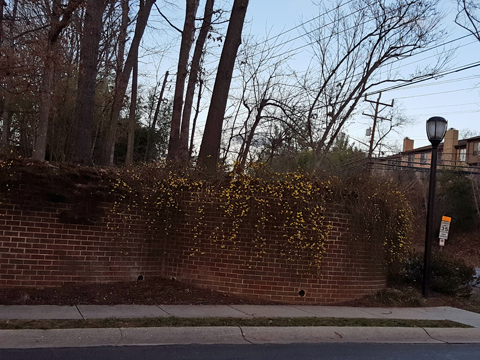 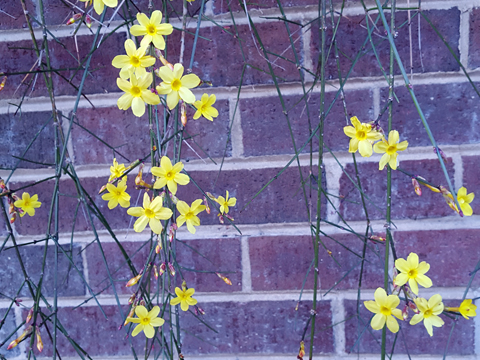 Once Alice went home, Paul and I caught up on The Young Pope which remains bizarre and amazing, then we went to the food store with Maddy. It was a gorgeous day and I took a nice long walk, since, in addition to the winter jasmine, my neighborhood now has an apricot tree just starting to bloom plus crocus shoots and the beginning of snowdrops beginning to peek up. We watched the Terps men's basketball team beat Ohio State and sort of watched The Flash and Agents of SHIELD though on the former any real people would move to Des Moines for four months till the danger passed, and the latter can't be redeemed this season with its jokes about Black Widow/Quake fan fiction; even the writers don't be able to keep track of who knows what about the LMD.