On the Grasshopper and the Cricket
By John Keats

The poetry of earth is never dead:
When all the birds are faint with the hot sun,
And hide in cooling trees, a voice will run
From hedge to hedge about the new-mown mead;
That is the Grasshopper's--he takes the lead
In summer luxury,--he has never done
With his delights; for when tired out with fun
He rests at ease beneath some pleasant weed.
The poetry of earth is ceasing never:
On a lone winter evening, when the frost
Has wrought silence, from the stove there shrills
The Cricket's song, in warmth increasing ever,
And seems to one in drowsiness half lost,
The Grasshopper's among some grassy hills.

Hello from Escalante, Utah, where we are currently watching Galaxy Quest in anticipation of visiting Goblin Valley State Park on Sunday, where Jason Nesmith ripped his shirt fighting the rock monster. (Any evening involving Alan Rickman is generally a good one, even though I don't expect that he will actually be in Goblin Valley when we get there.) We spent the morning in Bryce Canyon, first visiting Rainbow Point and hiking the Bristlecone Loop, then driving to Agua Canyon, Fairyland Point and other spectacular spots in the park, where we also saw wild turkeys, deer and lots of rodents.

From there we went to Kodachrome Basin State Park, where we hiked about a mile in a very hot desert to see the Shakespeare Arch, then drove to Chimney Rock and some of the other stone formations. After that we visited Petrified Forest State Park, whose name is pretty descriptive -- not a lot of tall current trees, but petrified wood samples both large and small, the former on display, the latter scattered in the dirt and grass. There's a reservoir at the park but the water levels were low, so we didn't swim, though we saw quail by the water. Because it was so hot, we went out for ice cream in Escalante before checking into the hotel. 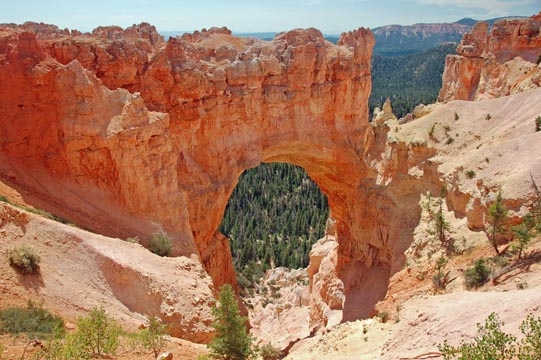 The Natural Bridge at Bryce Canyon National Park -- actually an arch, according to geologists, but the original name stuck -- red because of its level of iron oxide. 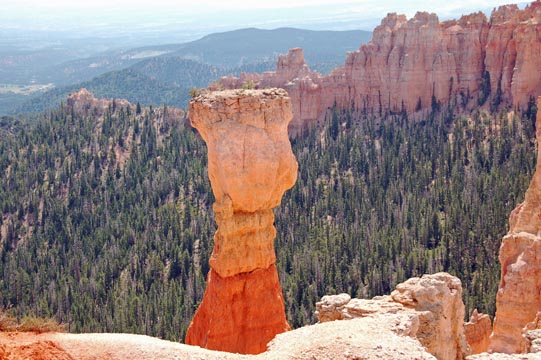 The Rabbit, a famous hoodoo at Agua Canyon with little trees growing on top. 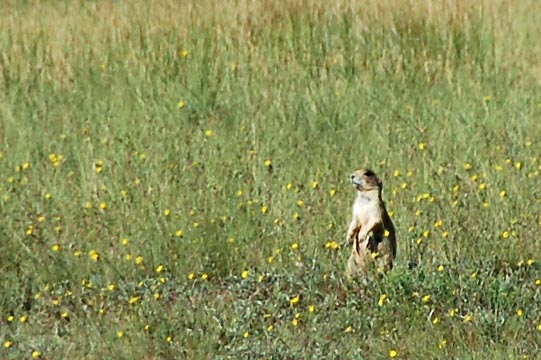 Utah prairie dogs are an endangered species that only live in this region. This one was in the middle of flowers in a Bryce Canyon meadow. 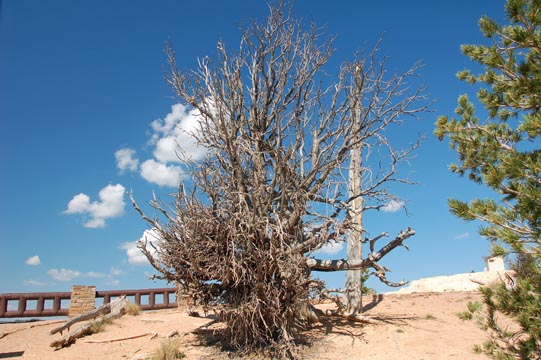 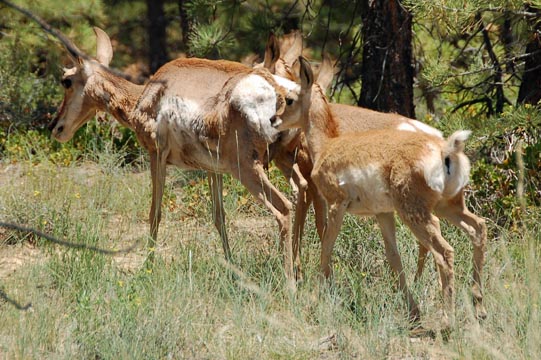 I think this is a mother and two young mule deer, though my kids thought they were elk and Paul thought they might be antelope. 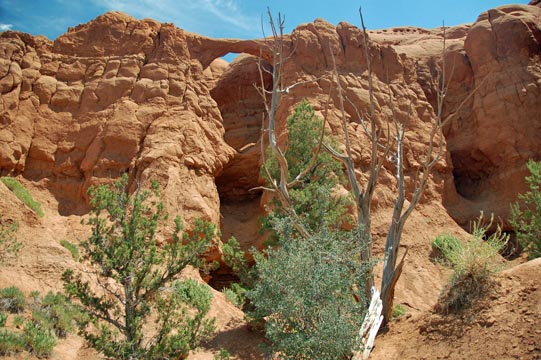 Shakespeare Arch in Kodachrome Basin State Park. It's a bit of a hike to get to, but there are lizards...and scorpions, though fortunately we didn't see any of those! 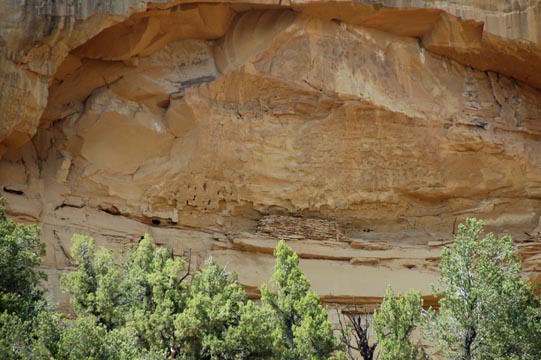 This structure was used as a granary by the Fremont Indians between 1050 and 1200, when they grew and stored grains and squash. 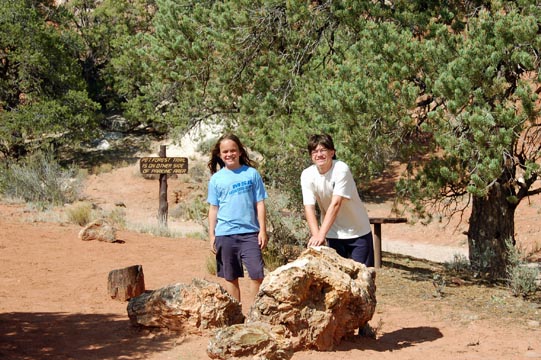 Will be in a campground for the next two nights which is supposed to have wi-fi, but if I'm not able to get online, that's why!
Posted by littlereview at 4:46 AM