Jagg'd mountain peaks and skies ice-green
Wall in the wild, cold scene below.
Churches, farms, bare copse, the sea
In freezing quiet of winter show;
Where ink-black shapes on fields in flood
Curling, skating, and sliding go.
To left, a gabled tavern; a blaze;
Peasants; a watching child; and lo,
Muffled, mute--beneath naked trees
In sharp perspective set a-row--
Trudge huntsmen, sinister spears aslant,
Dogs snuffling behind them in the snow;
And arrowlike, lean, athwart the air
Swoops into space a crow.

But flame, nor ice, nor piercing rock,
Nor silence, as of a frozen sea,
Nor that slant inward infinite line
Of signboard, bird, and hill, and tree,
Give more than subtle hint of him
Who squandered here life's mystery.

My Sunday sucked. We were supposed to go to Richmond for the costume exhibit at the VMFA and the winter lights at Lewis Ginter Botanical Garden, but the snow-and-ice forecast made that impossible. That turned out to be just as well because Rosie took a turn for the worse -- she didn't wake up to eat breakfast or lunch, which is very unusual for her, and when we finally nudged her awake to make sure she was drinking enough water, she looked like she was limping. We drove her in the snow and sleet, with her wailing in the carrier, to the emergency vet, who took an x-ray and found a large mass completely surrounding one of her kidneys. They can't be sure without biopsy results, but she suspected it was lymphoma. Since Rosie doesn't seem to be in pain and her blood test results were okay, we brought her home to snuggle, and will take her to the local vet tomorrow to talk about our options. 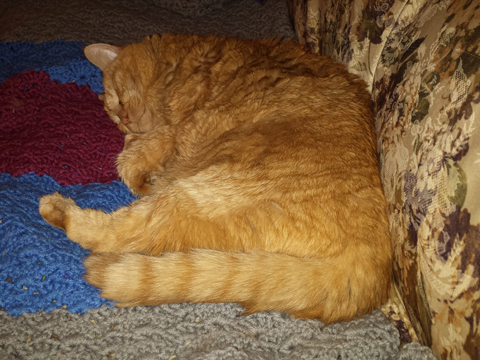 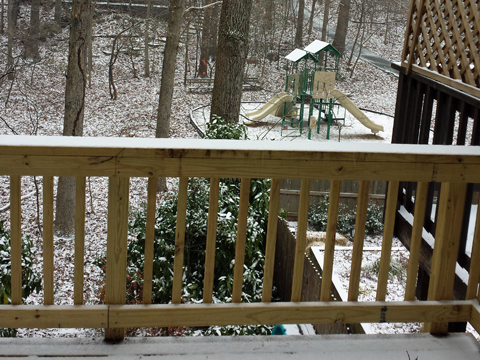 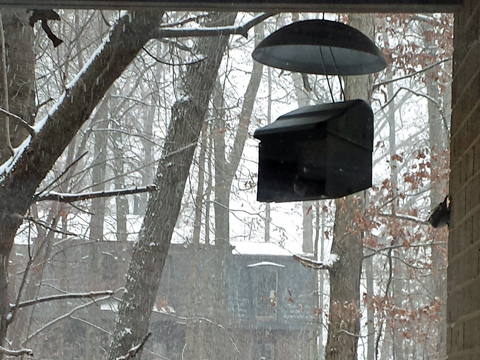 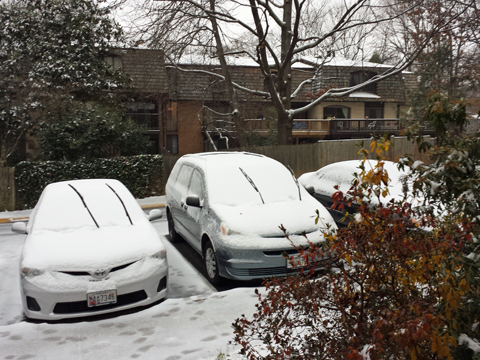 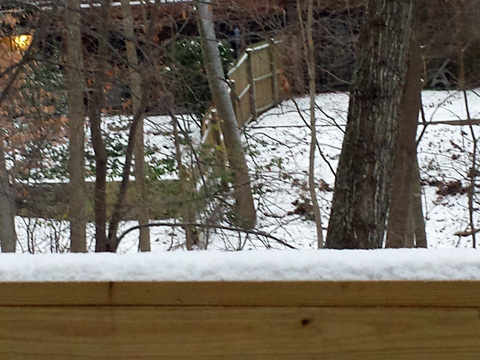 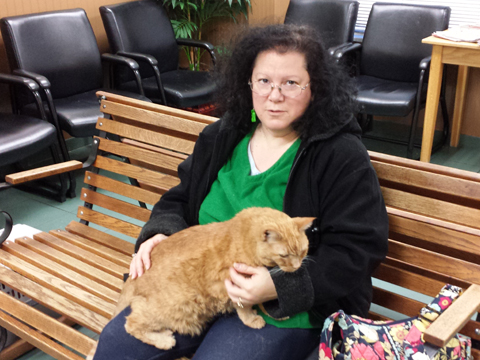 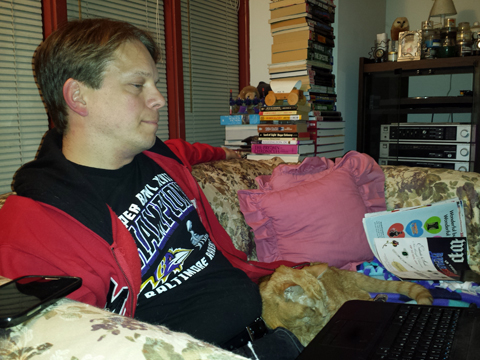 Otherwise my day involved glancing at football (the Redskins playing terribly against the Chiefs, the Ravens pulling out a vital game against the Vikings, the Terrapins accepting an invitation to the Military Bowl which while not very prestigious has the advantage of being local, in the Naval Academy's stadium in Annapolis, and raises money for the USO), keeping up with Once Upon a Time, (oh, Henry, I wish I cared at all what happened to you, though David had the first line that ever made me laugh, pretending he thought Emma thought he was interested in Hook), and watching Masters of Sex (definitely the best new show we've watched this season, even more so than Sleepy Hollow). I have a crazy week -- Adam has an early doctor appointment on Tuesday then an award ceremony -- so I am going to go collapse.

So sorry to hear about your beautiful Rosie. Wonderful to have for photos with her. I hope this storm passes quickly.