A hook shot kisses the rim and
hangs there, helplessly, but doesn’t drop,

perfectly, gathering the orange leather
from the air like a cherished possession

who looks stunned and nailed to the floor
in the wrong direction, trying to catch sight

of a high, gliding dribble and a man
letting the play develop in front of him

in slow motion, almost exactly
like a coach’s drawing on the blackboard,

both forwards racing down the court
the way that forwards should, fanning out

and filling the lanes in tandem, moving
together as brothers passing the ball

between them without a dribble, without
a single bounce hitting the hardwood

while the power-forward explodes past them
in a fury, taking the ball into the air

by himself now and laying it gently
against the glass for a lay-up,

but losing his balance in the process,
inexplicably falling, hitting the floor

with a wild, headlong motion
for the game he loved like a country

and swiveling back to see an orange blur
floating perfectly through the net.

Adam's spring break started on Friday, so since we needed to be in College Park anyway and several games of the first round of the women's NCAA tournament were being played there, we picked up my father and went to the Xfinity Center to watch Maryland play Bucknell -- a wonderful antidote to the Maryland men's terrible defeat to Xavier though not a super-exciting game considering that Maryland won 103-61, setting a school scoring record.

We had lunch at the stadium (which has veggie burgers even when the full food court isn't open) and watched the beginning of the West Virginia-Elon game (which was very close at the half though not by the end), then went to meet Adam at the student union, where we got St. Patrick's Day ice cream at the dairy while waiting for him. The seating area backs up to the baseball stadium, so we got to see a bit of the Maryland-Princeton game while we ate. 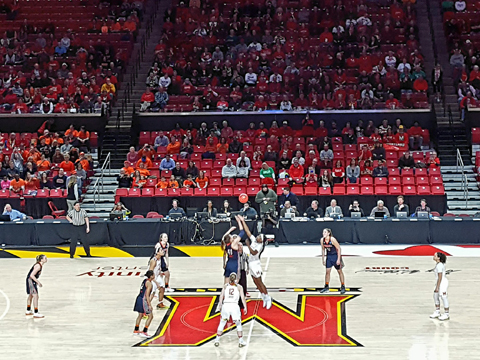 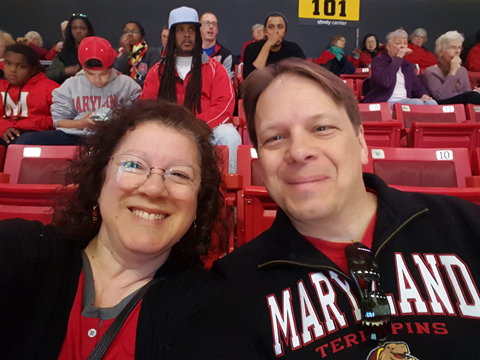 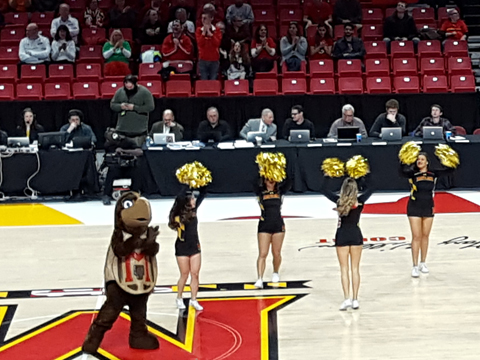 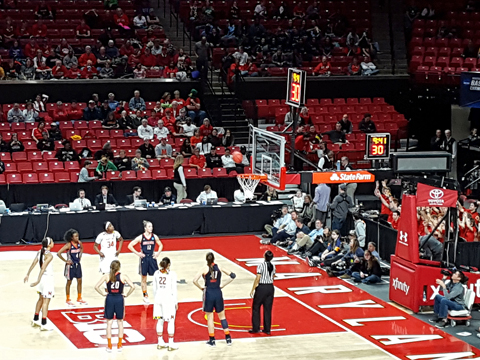 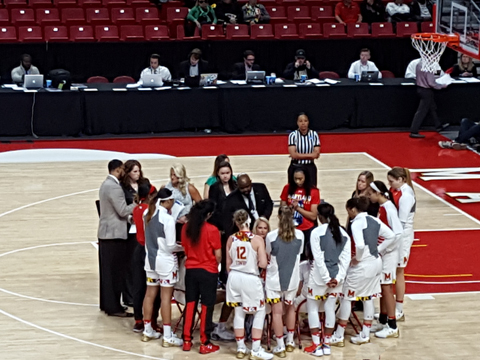 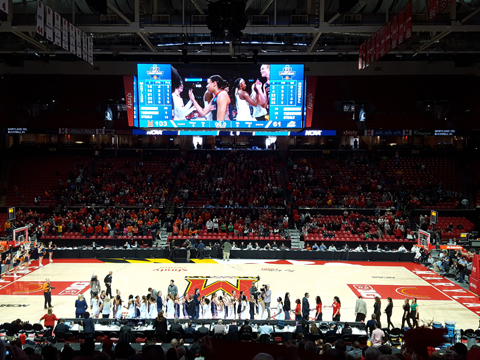 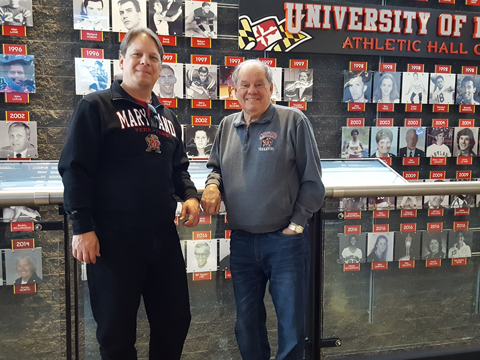 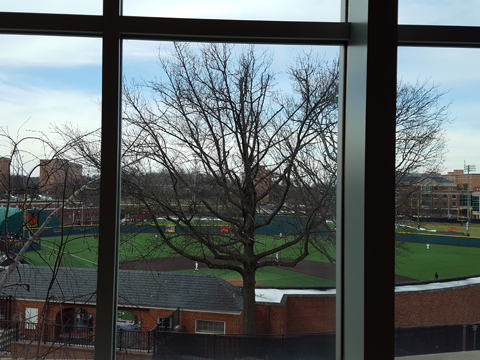 Once we had retrieved Adam, we came home to get Maddy, who arrived back in the area very late from L.A. after a delay due to the snow, and dropped her off at work, then went to my parents' house for dinner. Adam has a lot of homework to do over his break and wants to get as much sleep as possible, so our plans for the week are very up in the air, especially since the cherry blossoms are mostly dead and we may get more flurries on Sunday morning!