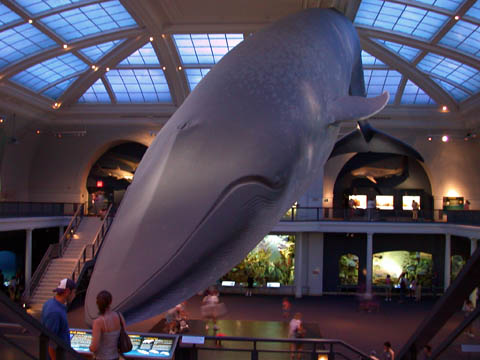 What do you do with five kids under twelve on a rainy day in New York? Why, you drive them into the city to the American Museum of Natural History, of course. 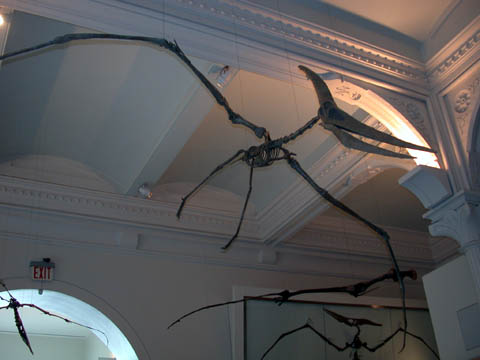 There are three entire halls of dinosaurs, ancient mammals, flying reptiles and other large extinct creatures... 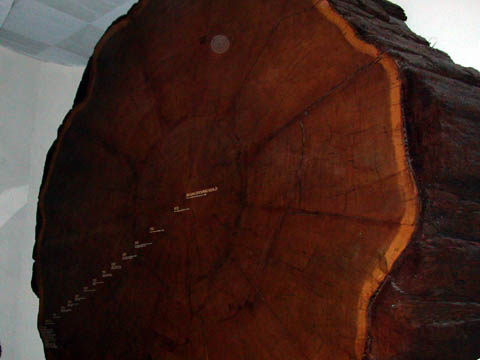 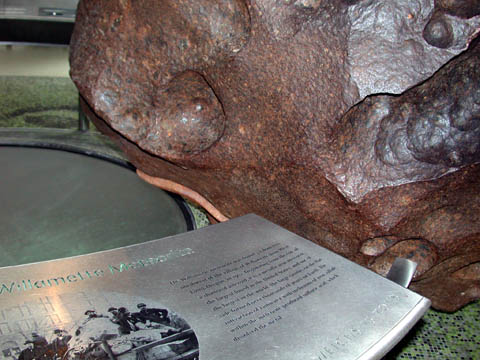 ...the Willamette Meteorite, which left a huge crater in Oregon long before it was carted up and moved in 1902... 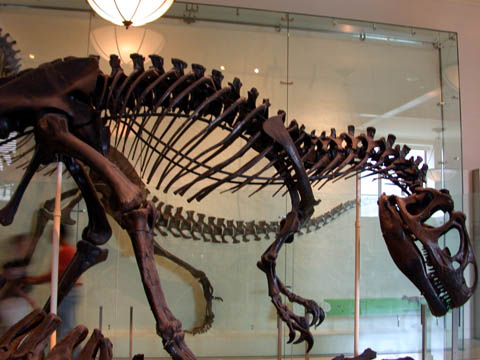 ...a recreation of the Big Bang and the entire history of the universe in a walk-through exhibit where each step covers three hundred million years, a discovery room with animals, scales to find out what you'd weigh on the moon, Saturn or a neutron star (note: I am moving to Mars in lieu of dieting), lots of botany and regional natural history exhibits that we did not have time to see all of due to the two children under five...and did I mention the dinosaurs?

Things here in Armonk are very loud, in part because my two-year-old niece's favorite movies are musicals from my youth (Grease, A Chorus Line) and in part because when you put five kids in an exercise room, noise ensues. (Damn, young Travolta was hot. I thought I'd been misrememebering.) Also my brother in law is my hero because he gave me his copy of the September Esquire with Paul Bettany on the cover, though he has not yet read it and therefore does not know who to mimic to become a best-dressed man.