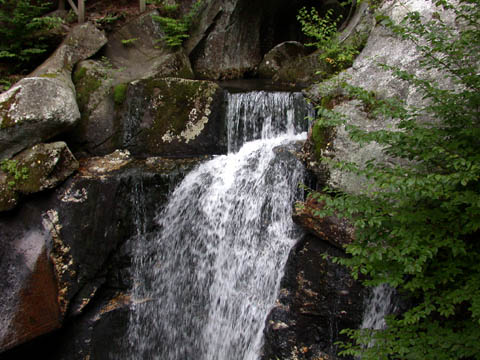 Lost River, in the White Mountains of New Hampshire. The stream descends into a glacial gorge, where it has carved out caves and hollows in the rocks that people can walk (or, in more cases, crawl) through. 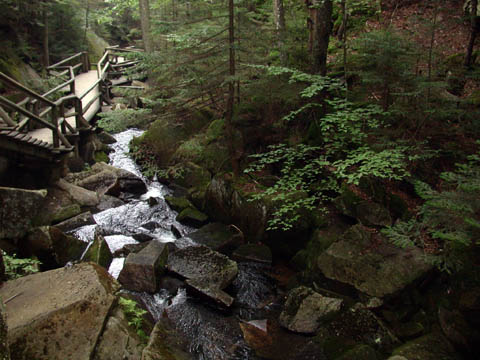 Looking down into the gorge. Before one can enter the caves, one must descend over 300 steps to the hidden river; then one slowly ascends that same distance while going through caves and looking at rock formations. 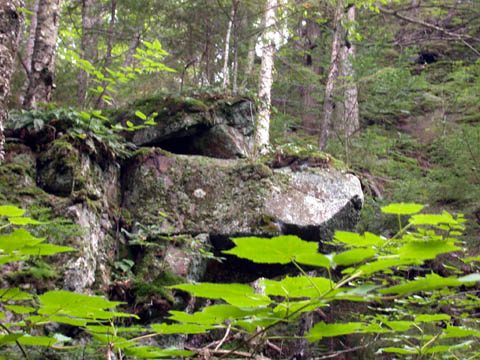 This formation, for instance, has been named Fenris the Wolf because it reminded someone in charge of the son of Loki and Angur-Boda. (I'm not sure who did the naming, but there was an article on the lost river hanging in the gift shop, dated this date -- August 19th -- in 1917, so it could be that old or older.) 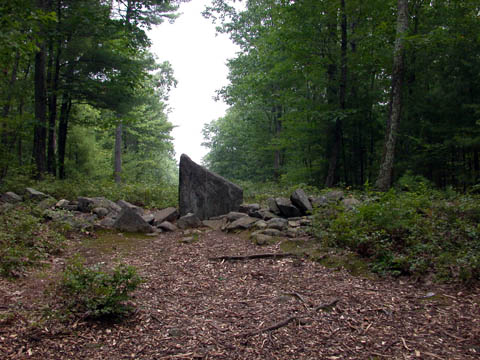 Before heading into the White Mountains, we visited America's Stonehenge in North Salem, New Hampshire, so named because among other rock formations it contains a stone circle that serves as a calendar similar to Stonehenge, including this one aligned with the rising sun on the winter solstice, though the stones are not nearly as large and the deep woods around them blocks most of the sun anyway, making it a gorgeous place to hike. 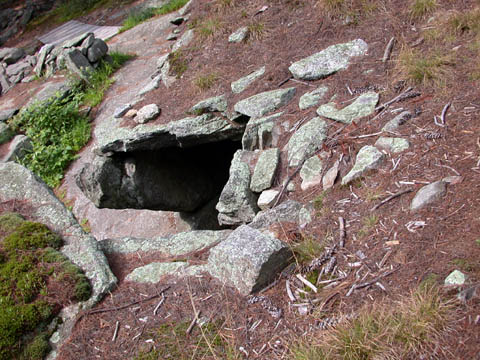 There are also a number of deep rock chambers, a carved-out stream drain and what looks like a huge flat stone table, all dating back several thousand years. This for me was the more interesting aspect of the site, historically, as it was almost certainly built by early Native Americans. 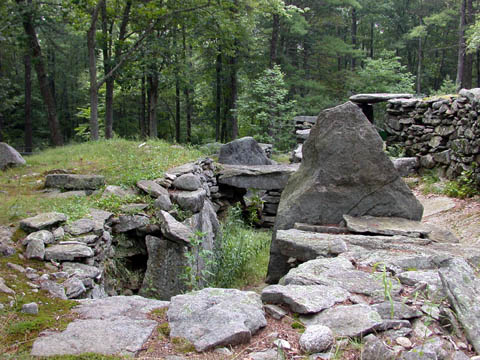 I am somewhat skeptical of the claims that the layout of the archaeological site was designed according to the European Pagan calendar -- there are stones that align with the sunrise on Beltane, Lammas, Samhain and Imbolc as well as the solstices and equinoxes, and I found myself wondering whether perhaps other stones had been moved or lain flat in the circle to make these cross-quarter markers more prominent for tourist purposes. But I am a great fan of megalithic astronomy, so even if there has been some tampering, I enjoyed visiting the site. 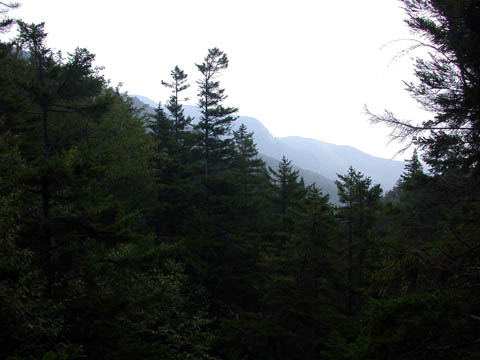 The White Mountains are full of deliciously fragrant pine. We had quite a bit of cloud cover (and pouring rain that began right in the middle of dinner at the campground, ruining our fire and sending us fleeing to shut the van and bring in the towels), so I have no spectacular photos of mountaintops as they were largely obscured... 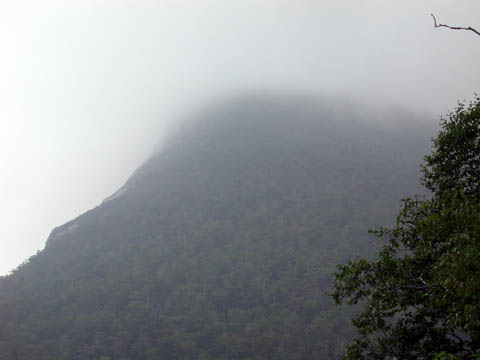 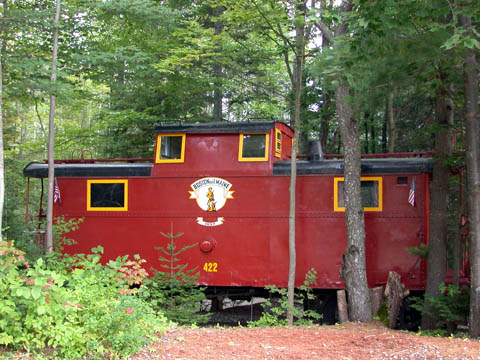 Twin Mountain KOA has a caboose that has been converted into a camping cabin. It has electrical outlets but no running water. These notes were written sitting on the bed in the back room of the caboose while listening to the rain on the roof.

There is a dataport here, connected to the single pay phone so it can't be used for any length of time and some distance from the caboose, so I can't stay online for mail. Tomorrow we are going to the Maxfield Parrish Museum, then driving back through Massachusetts via the Yankee Candle Factory on the way to my sister's in New York. Will be busy doing family stuff Saturday and home Sunday...will start trying to catch up then!
Posted by littlereview at 12:08 AM