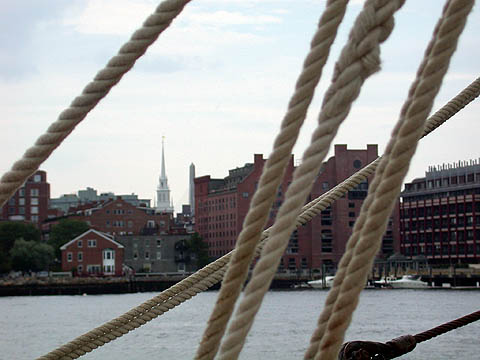 The Old North Church where the lanterns hung, warning of the coming of the British in 1775, seen from the deck of the Liberty Clipper sailing in Boston Harbor. 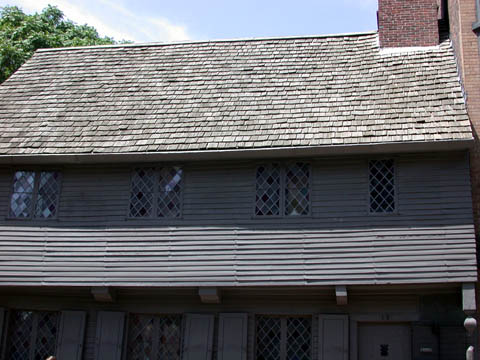 Paul Revere's house, North End, Boston. Some of his original furniture and silverware he made is on display inside. We ate lunch in Paul Revere Mall, actually a park across from St. Stephen's Church where Rose Kennedy was christened. 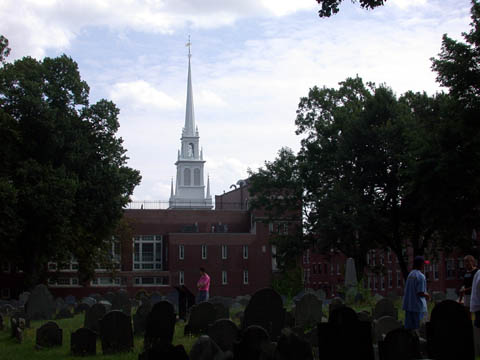 The Old North Church from Copps Hill Cemetery, where the oldest graves are from the 1670s. 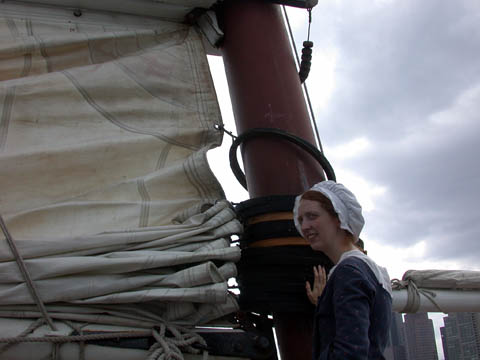 Aboard the Liberty Clipper. During this two-hour sail, the crew instructs passengers about how to man the ropes and enlists volunteers to raise the sails... 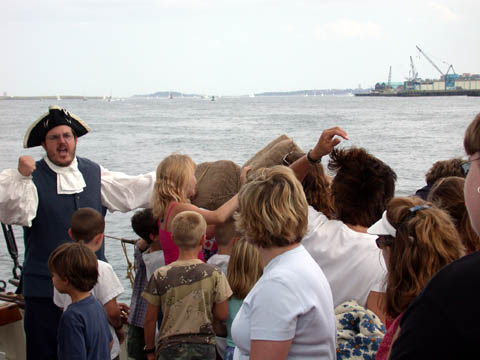 ...then a group of performers reenacts the Boston Tea Party near the spot where it actually happened, with help from the passengers. 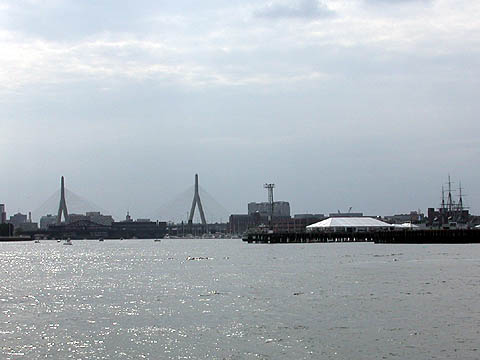 Bunker Hill Bridge and Old Ironsides from the Liberty Clipper, moving through the harbor. 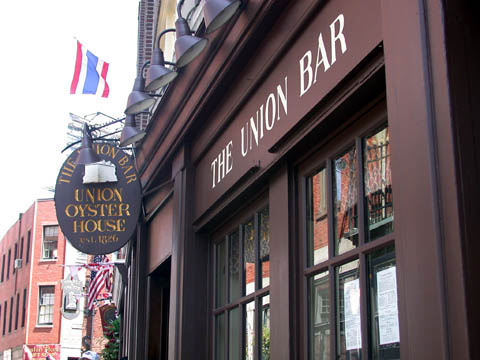 The Union Oyster House, the oldest continuously operating restaurant in America, where the lovely

Because the remains of Hurricane Charley are expected to cause bad weather tomorrow, we are planning to do indoor things in Salem instead of Bunker Hill and the USS Constitution, which we will see up close on Tuesday instead. Now that I've seen the latter from the water, I am not so impatient, and I have always wanted to see the unofficial Wiccan capital and historical sites from the bad old days.
Posted by littlereview at 12:06 AM