Poem for Monday and Mother's Day

The Naming Of Cats
By T.S. Eliot

The Naming of Cats is a difficult matter,
It isn't just one of your holiday games;
You may think at first I'm as mad as a hatter
When I tell you, a cat must have THREE DIFFERENT NAMES.
First of all, there's the name that the family use daily,
Such as Peter, Augustus, Alonzo or James,
Such as Victor or Jonathan, George or Bill Bailey--
All of them sensible everyday names.
There are fancier names if you think they sound sweeter,
Some for the gentlemen, some for the dames:
Such as Plato, Admetus, Electra, Demeter--
But all of them sensible everyday names.
But I tell you, a cat needs a name that's particular,
A name that's peculiar, and more dignified,
Else how can he keep up his tail perpendicular,
Or spread out his whiskers, or cherish his pride?
Of names of this kind, I can give you a quorum,
Such as Munkustrap, Quaxo, or Coricopat,
Such as Bombalurina, or else Jellylorum-
Names that never belong to more than one cat.
But above and beyond there's still one name left over,
And that is the name that you never will guess;
The name that no human research can discover--
But THE CAT HIMSELF KNOWS, and will never confess.
When you notice a cat in profound meditation,
The reason, I tell you, is always the same:
His mind is engaged in a rapt contemplation
Of the thought, of the thought, of the thought of his name:
His ineffable effable
Effanineffable
Deep and inscrutable singular Name.

The weather was spectacular for Mother's Day here, so after a morning of home stuff (fun things -- fixing charms on a bracelet, hanging artwork), we picked up my parents and went to the Bethesda Fine Arts Festival, where we saw lots of beautiful artwork and crafts and even ran into our cousins Jane and Emily. Then we drove to College Park, where we met up with Adam, skyped with Daniel, chatted on Messenger with Maddy, and went to Mamma Lucia for dinner (I had ravioli in vodka sauce).

I got great gifts, including the book of the National Gallery's Frederic Bazille and the Birth of Impressionism exhibit from Paul, a silver cat necklace (based on an Edward Gorey illustration for Old Possum's Book of Practical Cats) from my parents, and a card with a math joke from Adam, whom we dropped back at his apartment to finish the school year then took my parents home. When we got home ourselves, we watched this week's Madam Secretary and Elementary. 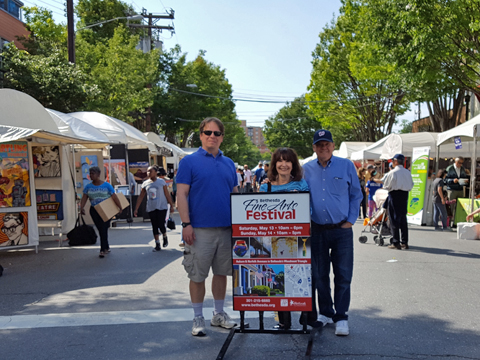 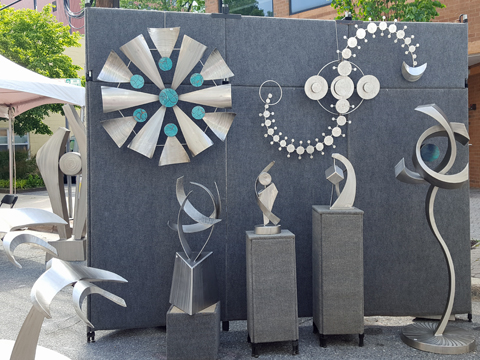 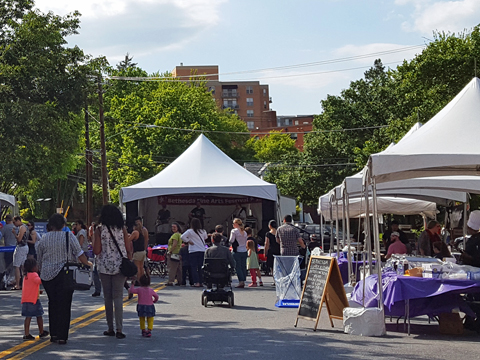 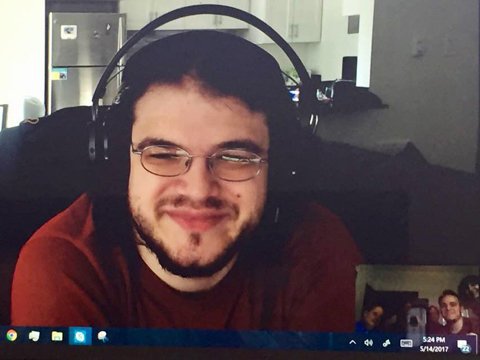 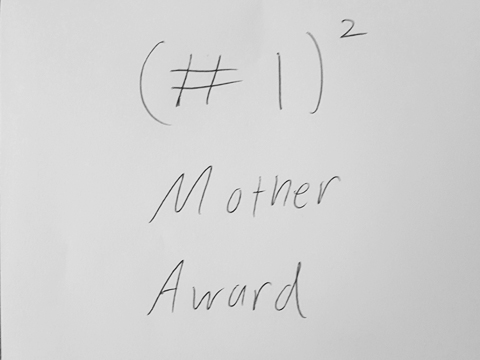 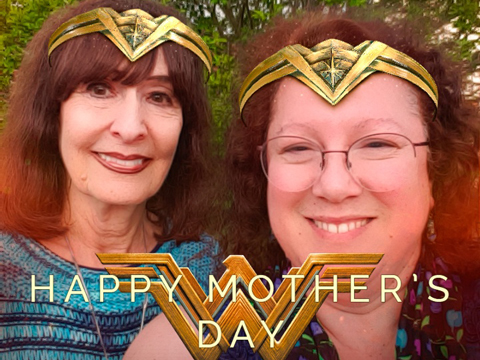 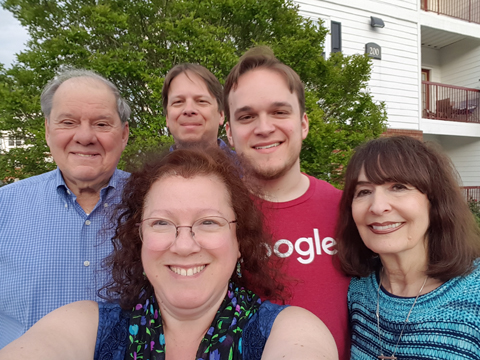