Poem for Saturday and Sadness

Always I shall remember you, as my car moved
Away from the station and left you alone by the gate
Utterly and forever frozen in time and solitude
Like a tree on the north shore of Lake Superior.
It was a moment only, and you were gone,
And I was gone, and we and it were gone,
And the two parts of the enormous whole we had known
Melted and swirled away in their separate streams
Down the smooth, granite slope of our watershed.

We shall find, each, the deep sea in the end,
A stillness, and a movement only of tides
That wash a world, whole continents between,
Flooding the estuaries of alien lands.
And we shall know, after the flow and ebb,
Things central, absolute and whole.
Brought clear of silt, into the open roads,
Events shall pass like waves, and we shall stay.

Paul, Adam, and I spent a majority of Friday saying goodbye to Adam's friend Robert. There was a quite lovely, sad mass at St. Raphael Catholic Church, during which Robert's sister Julia shared some wonderful memories of her brother and the priest admitted that he had no answers about why such tragedies happen but said he believed faith was meant to offer comfort not answers. There was a brief graveside ceremony, which was very hard since we all had to walk away and leave Robert there. Then there was a luncheon at an estate near NIH, which was also quite lovely and sad; I got to see most of Adam's high school friends and several of their parents. In the late afternoon, Adam went to work at NASA and Paul and I worked from home. Then we had dinner with my parents and half-watched Friday superhero shows for distraction. 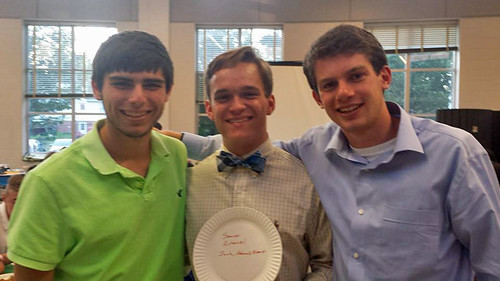 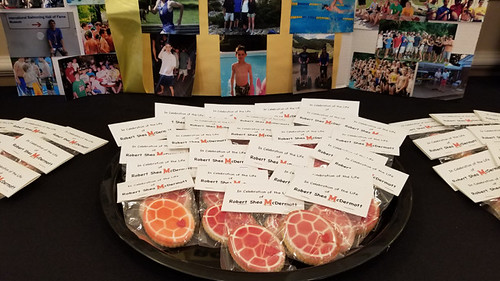