into never.
I didn't know
I would enter this music

as if I were a thing
come from the dirt,
like a tuber,

or like a needful boy. End
Lonely days, I believe. End the exiled
and unraveling strangeness.

Saturday was yet another day with a gorgeous entirely blue cloudless sky. Adam went with friends from school to a 5K race in Gaithersburg, so Paul and I went out ourselves. First we went to Tiara Galleries, which was collecting food for Sandy victims (they gave me a little Vera Bradley case in Happy Snails, yay) and introducing Brighton's new London line; then to Brookside Gardens, which has chrysanthemums and autumn squash in the front conservatory while the back part is being set up for the holiday train display, plus a surprising amount of color outside around the pond. There weren't many people around -- a couple taking wedding photos, a couple of families with professional photographers taking holiday card photos, and us! Here's the indoor autumn display: 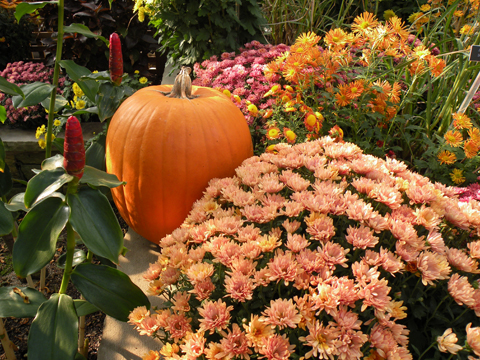 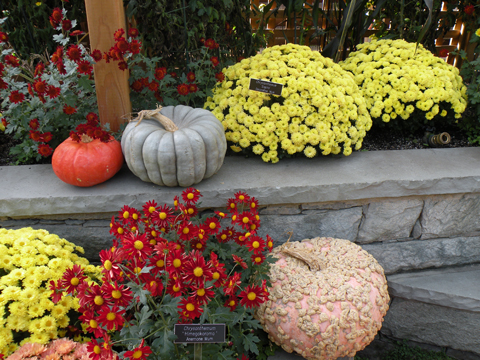 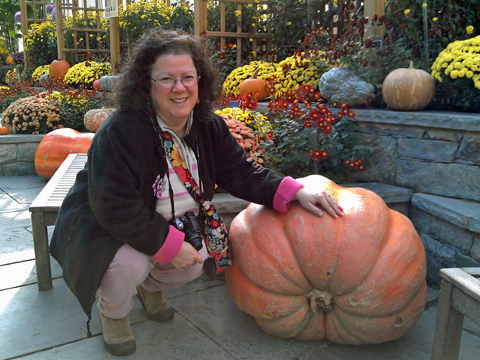 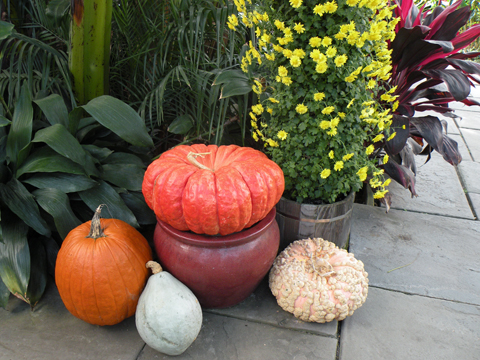 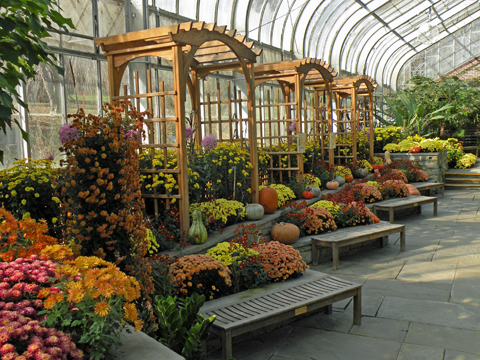 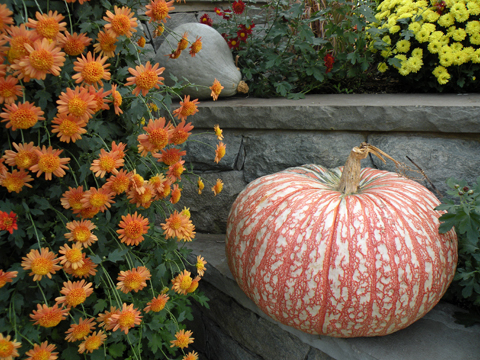 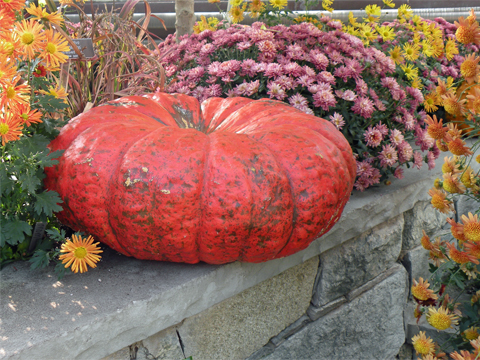 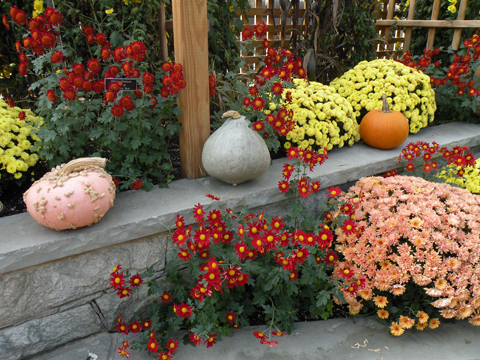 On the way home we stopped at the food store for the most important of all household items, cat food, plus a bunch of other stuff. Adam son got home not long after we did and we had dinner together (penne with pumpkin and veggie sausage). Since the Terps lost and we didn't have much invested in the evening games, we have spent the evening watching Brave and the Blu-Ray special features, which include lots of detail about their research in Scotland -- definitely my favorite Pixar movie and way up there with my favorite Disney movies, though I'm not sure anything will ever knock Mulan out of the top spot no matter how gorgeous the animation. I love that Merida doesn't want to be a princess and the story, largely about a relationship between two women, but I love Mulan's initial ordinariness, too.
Posted by littlereview at 12:02 AM