Poem for Thursday and Halloween Celebration

The Kraken
By Alfred, Lord Tennyson

Below the thunders of the upper deep,
Far, far beneath in the abysmal sea,
His ancient, dreamless, uninvaded sleep
The Kraken sleepeth: faintest sunlights flee
About his shadowy sides; above him swell
Huge sponges of millennial growth and height;
And far away into the sickly light,
From many a wondrous grot and secret cell
Unnumbered and enormous polypi
Winnow with giant arms the slumbering green.
There hath he lain for ages, and will lie
Battening upon huge sea worms in his sleep,
Until the latter fire shall heat the deep;
Then once by man and angels to be seen,
In roaring he shall rise and on the surface die.

Despite the state of the region and the entire northeast, our neighborhood managed to have a lovely Halloween, though mine started very early when Adam woke me around 6 a.m. to help him with his makeup so he could dress as a woman (specifically, as his girlfriend, since the clothes and shoes he wore were hers). If his goal was attention, he apparently got plenty (unsurprisingly not all positive, but now he knows we're not making it up when we tell him how pervasive sexism and homophobia are). Meanwhile I went for my annual mammogram -- I figured Halloween was as good a day as any, though sadly none of the nurses or techs had Groucho Marx glasses on -- and stopped at AC Moore, which was getting rid of all Halloween stuff in favor of Christmas items, bah!

The neighborhood has an annual Halloween party organized in part by Adam's friend Daniel's mom, so in the afternoon after sweeping the porch, setting up the candles, and waiting for Paul to come home so we could make our jack-o-lantern (he carves the pumpkin, I separate and roast the seeds), we went to the party with Adam, where we had a couple of slices of pizza and some pretzels and looked at adorable kids' costumes -- at one point Darth Vader was having a lightsaber battle against Harry Potter, Captain America and Wonder Woman, while Iron Man was chasing a lion and a ninja, and a girl pirate was waving a sword at the devil. Adam went trick or treating with Maddy and I gave out piles of candy to neighborhood kids. Hope people are getting power back and on the road to recovery... 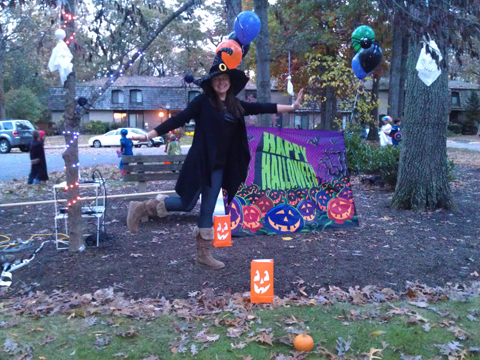 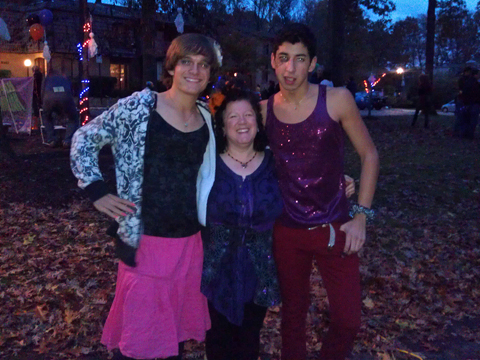 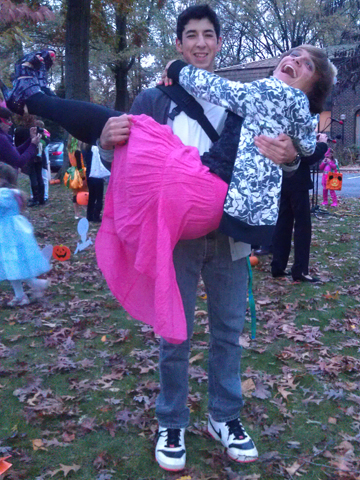 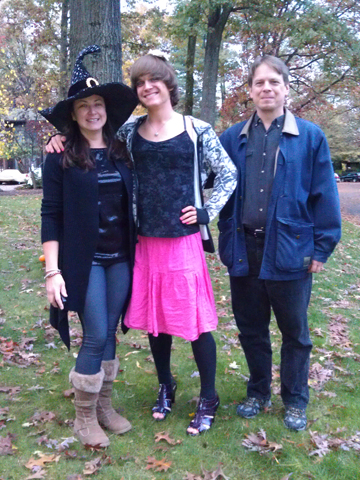 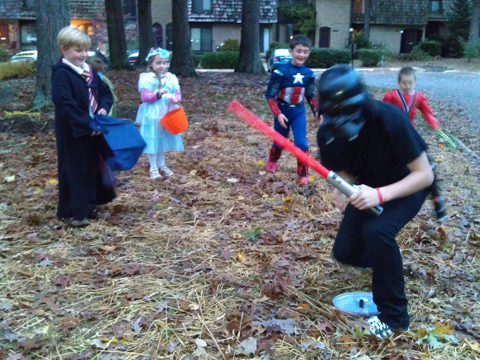 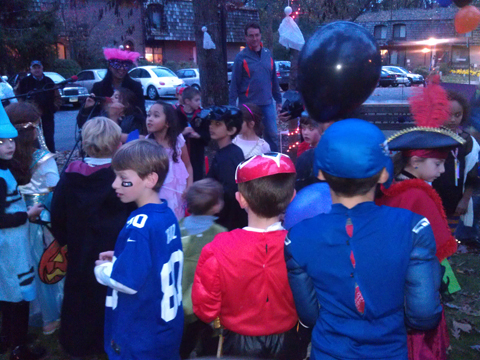 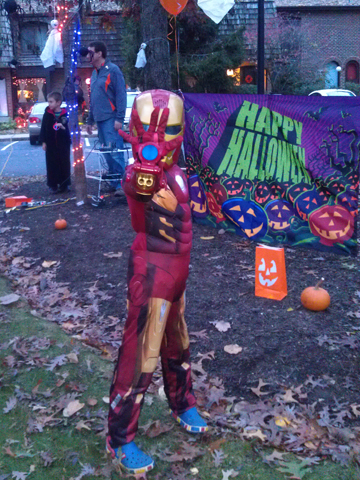 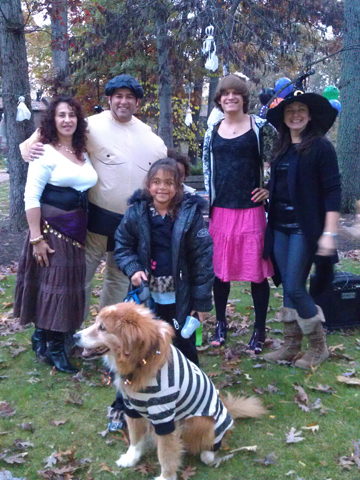 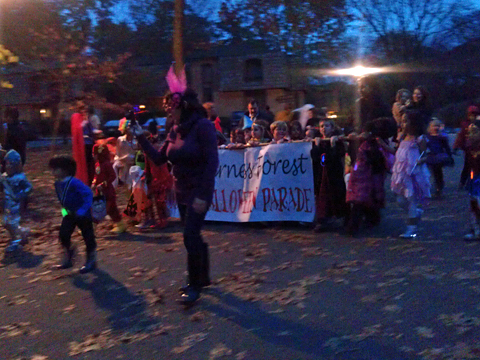