Poem for Monday and Beall-Dawson House

Two Minus One
By Gregory Sherl

She called to say she lost it. She wasn't pregnant long enough for the leaves to go crisp, toasted almost brown. They were still gold, still burning themselves orange. I don't understand I said out loud & between the joints in my fingers. We should call the police, file a missing person's report. I'll put flyers around the block. I'll find her. I have a flashlight, canned food that'll last for months, a backpack that straps around my waist. I have beard stubble. My eyesight has been perfect since birth, so spread open-I'll climb inside. In the nighttime, they keep the lights on at cemeteries so the dead can find their beds again. Some things stay too small ever to be buried. I've got the police on speed dial, but how do you pick out your embryo? It was there just hours ago. They put jelly below her stomach. There was an agreement that something was inside her: ghosts shaped as shipwrecks barely moving. Leaving nature we still keep it. My favorite part of the future would have been my daughter's ears studded like the buds of chrysanthemums. I couldn't pick out a linden tree in a police lineup, if the lineup went linden tree, parachute, Boy George, maple tree, orange grove-so how would I pick out my embryo in a lineup that went embryo, embryo, polar bear, embryo, winter? What did your embryo look like? Like the cover of a book no one would read. Like gleaming.

Adam spent most of the late morning and afternoon striking the sets and taking down lights at the high school theater, so after eggs and fake Canadian bacon, Paul and I went to the Beall-Dawson House and Stonestreet Museum of 19th Century Medicine, which are on the same property in downtown Rockville. They have an exhibit right now about the Civil War in Montgomery County. The house was built for Upton Beall, the Clerk of the Court for Montgomery County, so it has been part of county history ever since; Beall cousins lived in the house for several generations and so did generations of slaves. The medical practice was moved from another local property to preserve it. The slave quarters were originally separated from the rest of the house, accessible only from outside. 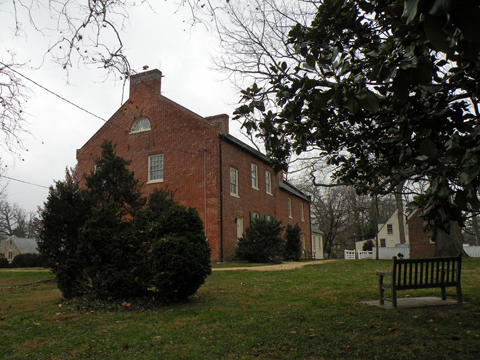 The Federal-style house was built in the early 1800s. 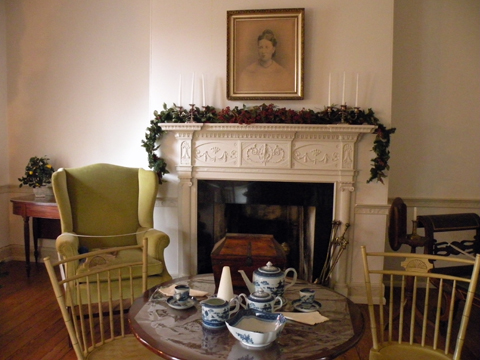 The mantelpiece over the fireplace is original and was restored by the Davis family, which later owned the house. 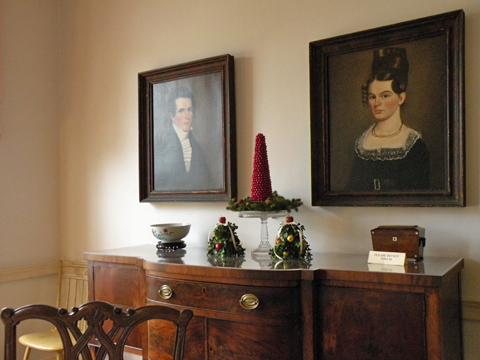 The house is currently decorated with period holiday decorations. 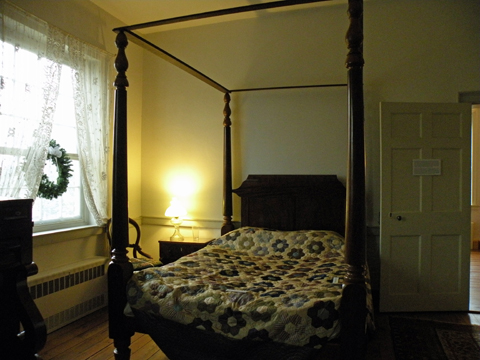 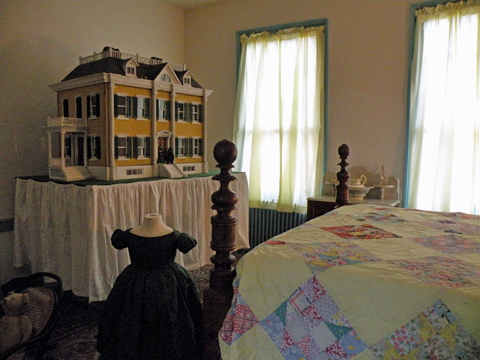 This dollhouse and all its furnishings were created by one of the house's owners, who was interested in design. 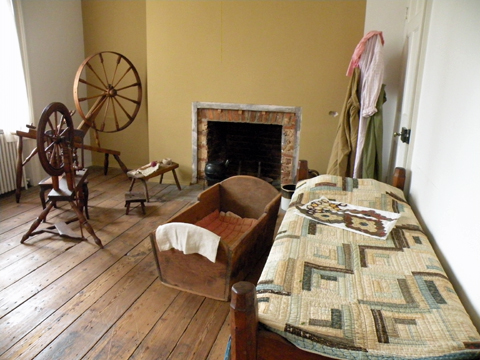 These slave quarters at one time could only be accessed by a ladder... 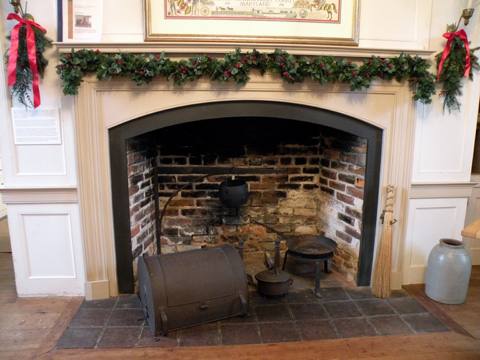 ...from the detached kitchen below.

Some of the kitchen furnishings are original and preparations for a holiday celebration are on display.

We had several shopping stops to make on the way home -- Staples, Petco, Trader Joe's, and we tried to go to World Market but the lines were 20 people deep so we decided not to buy anything. Though we followed it mostly on the radio, we heard the Redskins victory led by the backup quarterback, which puts them back in playoff contention, and the Ravens' loss, while embarrassing, won't keep them out of the playoffs since the Steelers lost to the Cowboys. Now we are watching New England try to drag itself back into the game against the 49ers, having taken a break to hear Obama lead a prayer vigil from Newtown and try to call Paul's brother Jon for his birthday. I hope everyone has a peaceful start to the week.
Posted by littlereview at 12:04 AM