Poem for Friday and Renaissance Maryland

We have no prairies
To slice a big sun at evening--
Everywhere the eye concedes to
Encrouching horizon,

Is wooed into the cyclops' eye
Of a tarn. Our unfenced country
Is bog that keeps crusting
Between the sights of the sun.

They've taken the skeleton
Of the Great Irish Elk
Out of the peat, set it up
An astounding crate full of air.

Butter sunk under
More than a hundred years
Was recovered salty and white.
The ground itself is kind, black butter

Only the waterlogged trunks
Of great firs, soft as pulp.
Our pioneers keep striking
Inwards and downwards,

Every layer they strip
Seems camped on before.
The bogholes might be Atlantic seepage.
The wet centre is bottomless.

Heaney died on August 30th. I've been meaning to post one of his poems ever since.

I did not have a very religious Rosh Hashanah, having sworn off the overcrowded massive-synagogue services where my kids went to Hebrew school once they graduated and not having a group of hippie Jewish women in the neighborhood for goddess new year rituals. Instead, since Adam had the day off from school, I took him to Kohl's to find a purple dress shirt (he still needs a yellow bow tie to go with it), then had lunch with him before he went to run eight miles with cross country teammates. The weather was lovely and I saw five bunnies enjoying the neighbors' lawns.

I forgot to mention that we watched the final Futurama last night, which was okay -- not one of the best -- so am behind on Broadchurch (and #&@^% xfinity is behind putting The White Queen On Demand). Tonight we watched the start of the NFL season; since it was the Ravens, they kicked it off with a Keith Urban concert in Baltimore, though the game was in Denver. (The game started late because of weather and the score is currently hideous.) At least the Orioles beat the White Sox after trying to blow their playoff chances last week! Some Maryland Renfaire pics: 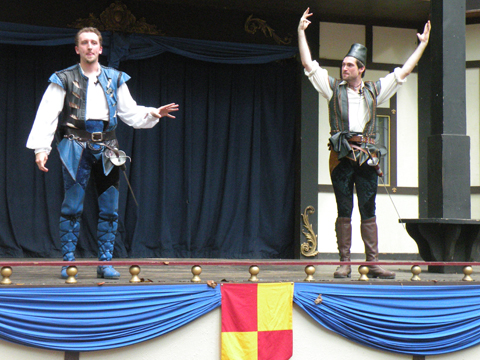 The Dueling Fools. One has a fez, which he notes is cool; the other brags that he is dressed like the TARDIS. 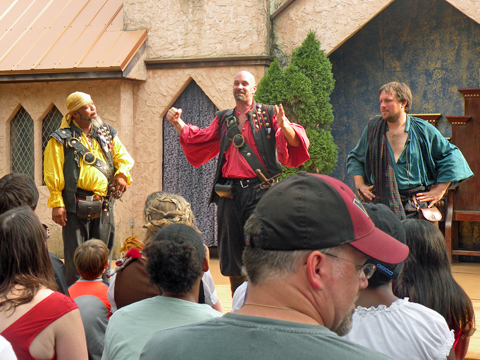 Fight School breaks into Les Miserables, with Hamish singing "Who Am I?" only to be joined by Dash singing "I did not live until today...," a song they both end with, "This song is getting very gay." 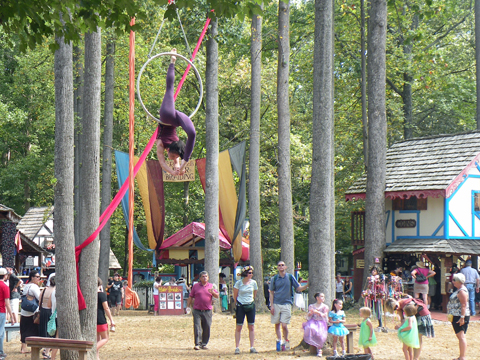 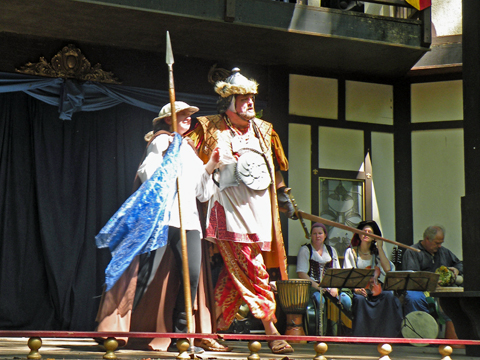 The company performs an original version of Orlando Furioso, the epic Italian poem rewritten as an English play. (The performer who embodies King Henry VIII here does a turn as a Saracen.) 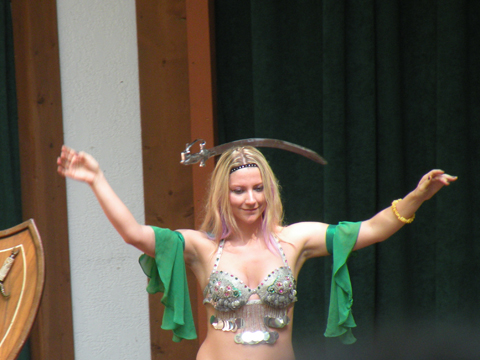 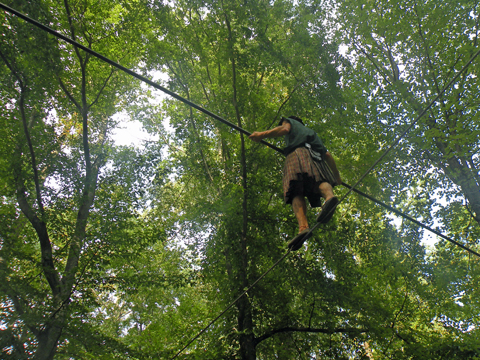 Michael Rosman, the Squire of the Wire, walks on the Crazy High Wire after having walked the regular high wire.

The O'Danny Duo singing bawdy songs that go right over the kids' heads (like "He had no jewels at all"). 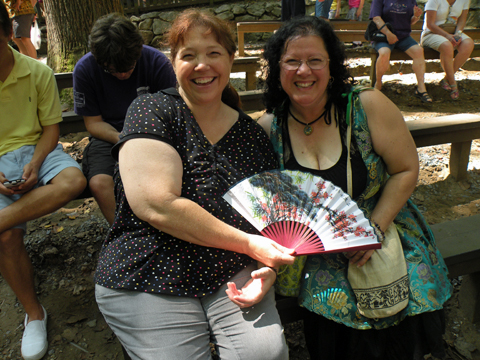 Myself and Delta trying to keep cool at the Globe Theatre.