Got home late, so I will give you my day in photos -- more at Instagram! Hope everyone had a great first day of 2014! 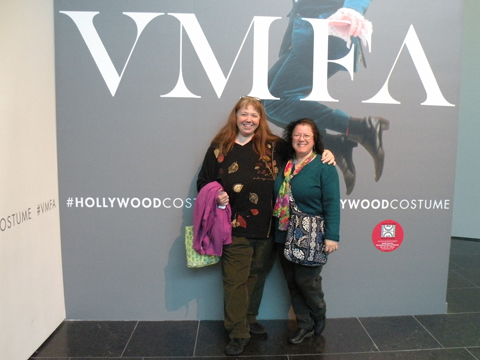 We spent the day in Richmond, starting at the VMFA, where we ate lunch in the cafe after meeting up with Cheryl, Lin, and Laura (whom I have actually known the longest -- since KMAS/Now Voyager days -- but I have never before met in person!). 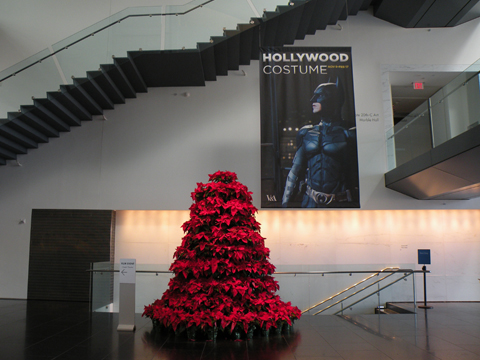 Then we went to the Hollywood Costume exhibit, which we all enjoyed a lot -- probably the women more than the men, though there were interviews and film clips from several movies and costumes from Indiana Jones, Spider-Man, the Bourne movies, and lots of other action films. I behaved very well and did not grope either Russell Crowe's Gladiator costume or Glenn Close's Dangerous Liaisons costume. 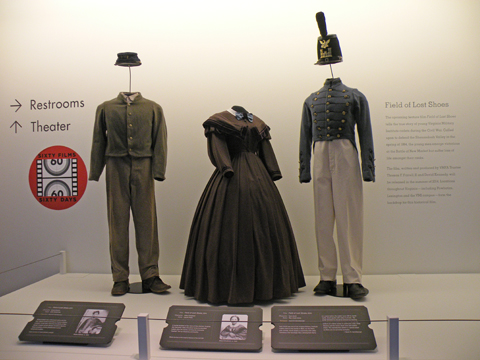 No photos were allowed inside the costume exhibit. These, displayed upstairs, are from the upcoming film Field of Lost Shoes with Jason Isaacs and Tom Skerritt, which filmed in Virginia and is set in part at VMI. We went to see the exhibit of Hollywood portraits and some of the contemporary art before we left. 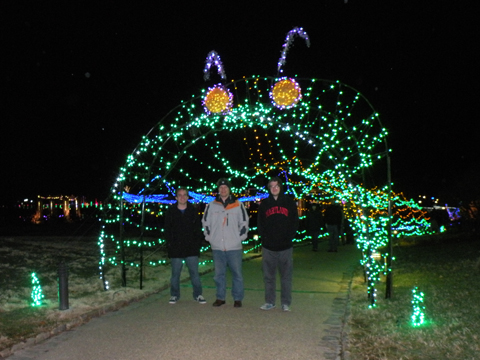 We had dinner at Mexico restaurant, something we all love doing when we're in Richmond, then we went to Lewis Ginter Botanical Garden's Gardenfest of Lights. 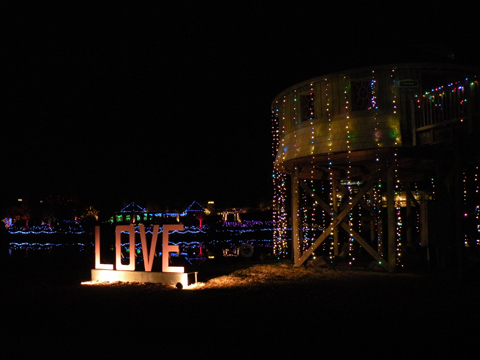 There are acres of lighted trees and bushes, plus lots of animal and plant figures made of colored lights... 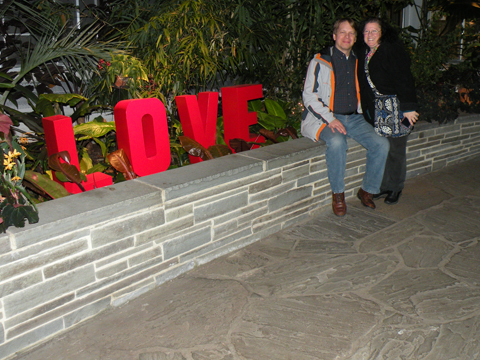 ...and there are decorations, holiday-themed and otherwise, in the conservatory and all around the gardens. 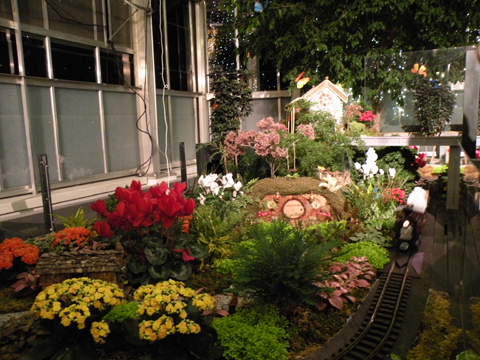 There are also two model trains -- this one in the conservatory and another in the education building. 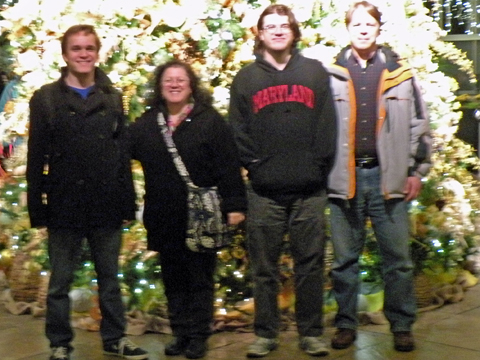 And there are several large Christmas trees -- this one decorated with a birds and bees theme (actual birds and bees, not the metaphor) and another in the library covered in artificial flowers and butterflies.

What a great day Melissa! Even your placeholder's are very interesting. I have never seen or thought of a tree of poinsettias. How beautiful. It looks like you all had a wonderful day. Nice to see you smile. Happy New Year! Gin

Michelle, I hope I did not call you Melissa! I love this post, as always.

Thank you! These pictures are really all aiming and shooting, I was too busy doing stuff to take proper photos. *G* Happy New Year and let's hope this one is easier for both of us!