Poem for Wednesday, Her, Mount Vernon

The noun one keeps batting away
refuses declension.

He says, I don’t want to be
twenty-four again.
Twenty-four was a handful:

the flawless
meatflesh, best self, miraculous
leap/thump on the hardwood,
the twist and splash.

The exuberance
in the present tense,

surges to bursting.
He does not perdure

in this internal defection:
so rare, and so heroic.

I am rushing because I started folding laundry late and put on the end of a Sherlock rerun on public television because I was so close to falling asleep from the State of the Union (didn't even try the rebuttals or news coverage). Apart from listening to a lot of Pete Seeger and being sad, I only have two events worth mentioning from my Tuesday, apart from getting laundry folded and put away:

1) I saw Her. I was not expecting to love it; I expected to be annoyed at seeing yet another movie about a poor misunderstood man, in this case one who'd rather have a fantasy about computer Scarlett Johansson than attempting to get along with a real woman. It is so much better than that -- not just really great performances and wonderful visuals, but extremely thoughtful and funny in a sad way of which it is always aware.

Small spoilers: Despite the fact that it doesn't quite pass the Bechdel test, it's as much about women's relationships as men's, it doesn't divide people according to gender, if there's a divide it's between the limitations of human consciousness versus the possibility of life free of a body. The film largely ignores stereotypes about how male attraction requires a physical component -- the main character is as turned on by words as any woman I've seen on film. He's unquestionably heterosexual and for the most part comfortably masculine, nowhere more apparently than when a coworker says he'd love to get a love letter from him, saying, "You are part man and part woman, like there's an inner part that's woman."

What objectification of women takes place is pretty unconventional as well (an implied masturbatory scene to images of a pregnant celebrity) and there's no blaming of the woman who broke the main character's heart, his ex-wife, who is both more successful professionally and seemingly more comfortable with where she is in life than he is. Samantha, the computer AI, is by far the most interesting character, and though her emotional and spiritual awakening are largely credited to the male protagonist, she quickly outgrows him. The movie doesn't try to determine at what point her programming stops reflecting what he wants and becomes independent, but she's social as well as intelligent and much better than any of the human characters are deciding she needs to change and doing it. In general the women are more resilient and more willing to break out of their patterns than the men.

2) Adam was admitted to the University of Maryland's Honors College. It isn't his first, second, or third choice -- he would like to be further from home, on a campus that's less familiar -- but the honors program there is excellent and it's nice to know that they really want him. Most of his high school friends including his girlfriend got in as well, many into either the Honors or Scholars programs, so Facebook was a happy place. Here he is at Mount Vernon being kissed by a camel, as well as George Washington's Pinterest board: 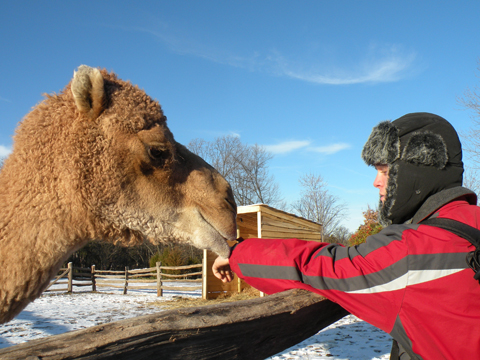 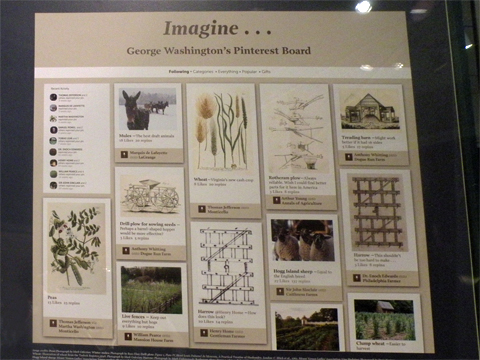 Congratulations to Adam. I was not planning on seeing her but now that I have read your review, I may rent it when it becomes available. Is that camel at Mt. Vernon? Way cool. And how cool is that Pinterest board! That is really fun. Thanks for this interesting post...but they always are.