Poem for Monday and DC Monuments

My closest friend emigrated West, petrified
To hop a jet back home; I exist in an equally isolated
East where fish are oblivious to their own
Water, where one loon separates from its flock.

Wind’s kiteless. Names of friends drift away but acquaintances

Vice versa. After rain, I dig for night crawlers under decomposing

Clippings. I fish to be elsewhere, the hoped for thrill & tug
Of the straightening line, the bass that surface trying to spit
The hook. An acquaintance whose wife is very ill articulates
In detail her ailments, positions his easel by the lake, pastels,

In my middle life, more than ever, I need a once upon a time.
I forget how easy it is to forget—can’t imagine starting
Anything new. I used to love the satisfying finality
At the conclusion of movies when a giant The End

Flashed across the Big Screen. Maybe one solution:

We could all change our names every day. That loon,
Nursing a mangled wing, paddles lopsided, alone,
Unnaturally close to shore, as though attached with kite string.
I toss him the not quite stale bread I smuggle from my pantry

& have been thinking hard about a name for him, for this.
Unapologetically, I settle for the moment of least astonishment.

Maddy unexpectedly had to work nearly all day Sunday, but since we had plans to go downtown with Alice and Avery, we picked them up and went after dropping her off at work. Avery, who is in middle school and is my Pokemon Go expert, helped me look for Hitmonlee around the Washington Monument where we'd been told by Adam's friend Jamie that it could be found, and caught several Dratini and Psyducks in the Reflecting Pool. They had never been to the Lincoln Memorial, so we walked there from the National Mall, stopping at the World War II Memorial and admiring the exterior of the new African-American museum which has no more tickets for more than a month. And look at that crazy car! 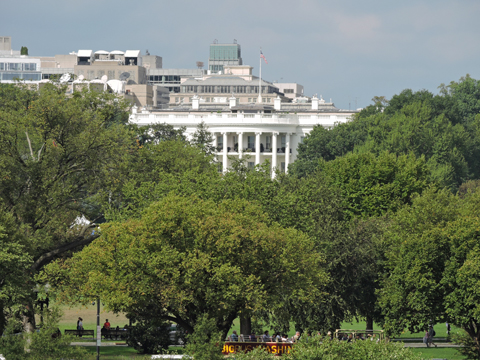 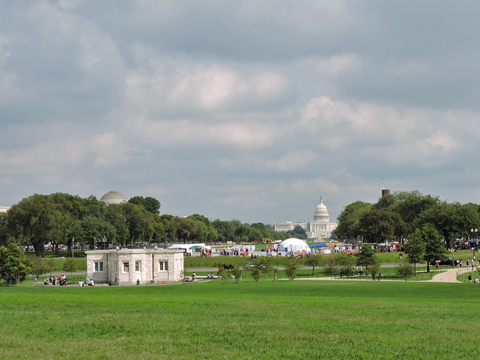 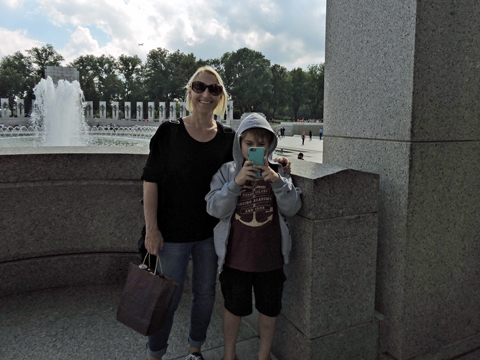 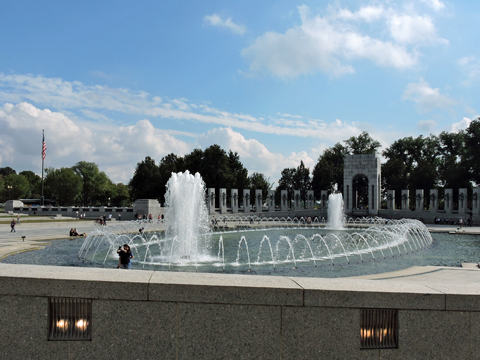 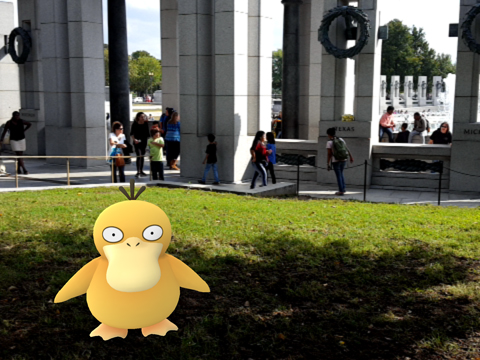 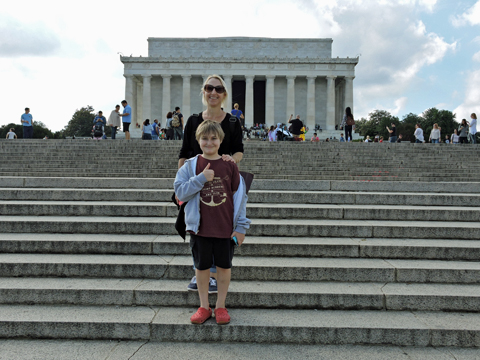 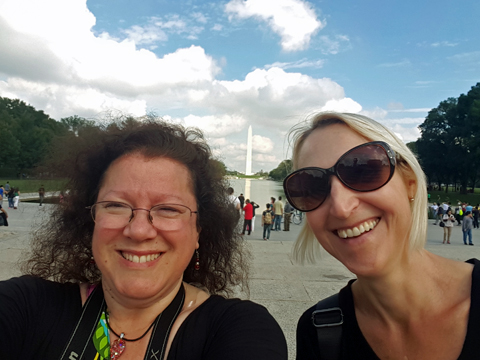 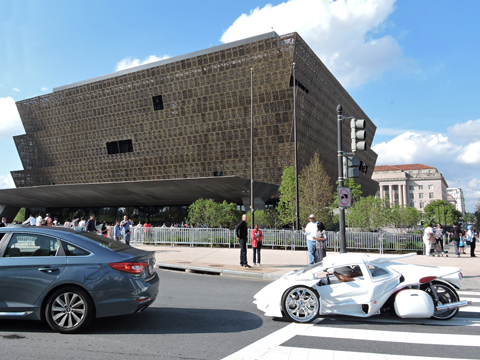 We were away from the television all afternoon, which was just as well because except for the Ravens losing to the Raiders, things went very well in local sports: DC's football team won, the Nationals won, and the Orioles beat the Yankees to clinch a playoff spot against the Blue Jays. It was a busy TV evening too though I was distracted doing chores through much of Once Upon a Time, which is holding my interest only because so much Regina, then the season premiere of Madam Secretary, which was a bit histrionic at times and not entirely believable but I love the cast so much, and finally Elementary, where I have to agree with Joan's irritation at Sherlock's ongoing questions -- we'll see where that goes.

Happy New Year to anyone celebrating!