Our day in pictures, after driving through Westchester County with snow on the ground (and past the Bronx Zoo, which we thought about visiting but which we decided was just too cold to enjoy), into New Jersey: 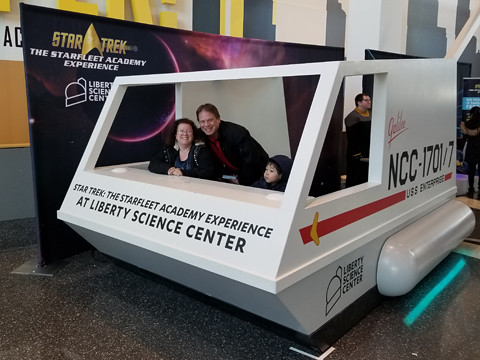 Here we are at the Liberty Science Center, a kid-focused museum where we waited in line for a very long time to see the Starfleet Academy Exhibit. 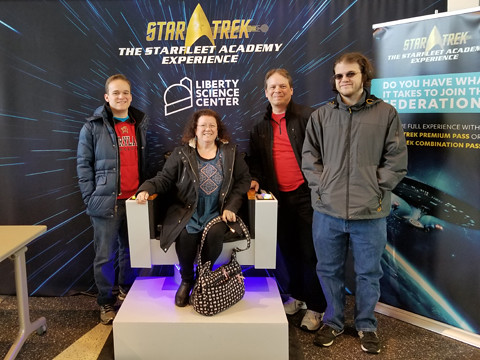 After more than half an hour, we finally gave up, took a couple of photos, and left the mobs of families to drive to West Orange. 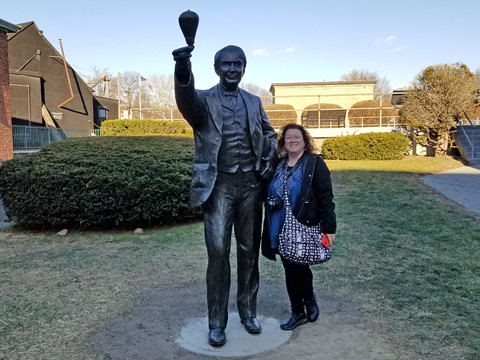 There we went to Thomas Edison National Historical Park on the grounds of his laboratory (his home is there too but closed on weekdays). 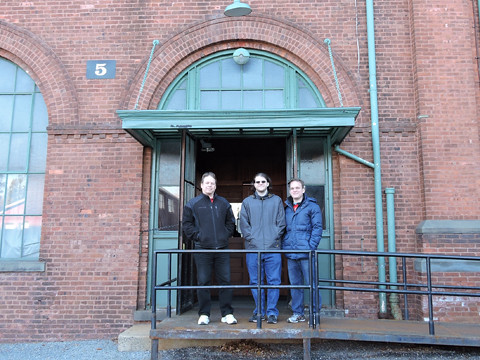 One of the big lab buildings burned down during his lifetime (no, Tesla didn't do it, as they made sure to let us know), but the major facilities and a replica of the onetime movie studio remain. 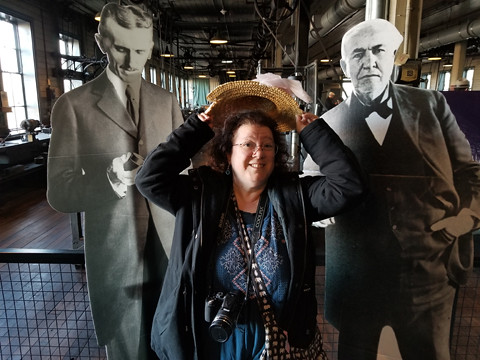 See, Tesla and Edison were friends! Here I am with both of them! 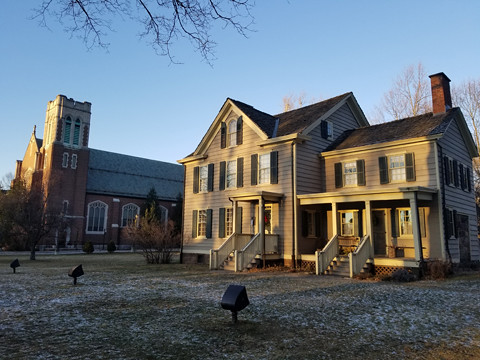 After pizza at Johnny's across from the spectacular ruins of St. Mark's Episcopal Church, which burned in a fire on New Year's Day last year, we discovered via a street sign that we were not far from the birthplace of Grover Cleveland. 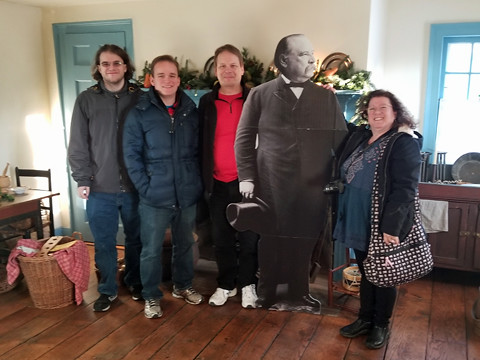 So we went to visit, and it was surprisingly fun and informative! (His wife was a barely legal hottie! His granddaughter invented the Trolley Problem!) 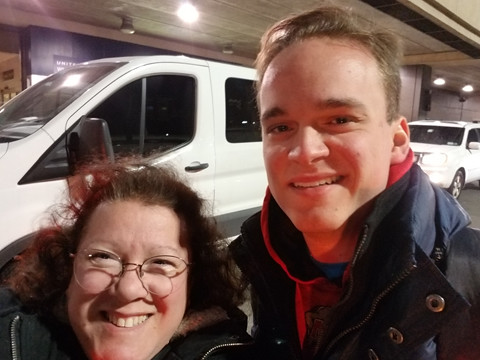 We tried to find the mall near the airport to have dinner and get Adam new shoes, but after Google Maps got us lost twice, we gave up and had dinner at Newark Airport before sending Adam off to Israel around 7 p.m. Then the other three of us drove home!