Poem for Sunday and Snow Day

As if, after High Street
and the left turn onto Exchange,
the view would veer onto
someplace fresh: Curaçao,
or a mosque adrift on a milk-fed pond.
But there is just more cloud cover,
and germy air
condensing on the tinted glass,
and the little houses with
their fearful patches of yard
rushing into the flames

Pull the cord a stop too soon, and
you’ll find yourself walking
a gauntlet of stares.
Daydream and you’ll wake up
in the stale dark of a cinema,
Dallas playing it’s mistake over and over
until that sad reel won’t stay
stuck—there’s still
Bobby and Malcolm and Memphis,
at every corner the same
scorched brick, darkened windows.

Make no mistake. There’s fire
back where you came from, too.
Pick any stop: You can ride i
nto the afternoon singing with strangers,
or rush home to the scotch
you’ve been pouring all day—
but where you sit is where you’ll be
when the fire hits.

We had lots of plans for Saturday, like going to Frederick County's Museums by Candlelight with Adam, that we realized as soon as we woke up were going to have to be changed because the light dusting of snow originally forecast went on all day till after dark, though it only left about an inch on our deck and porch since the roads were too warm for any serious accumulation. We decided that driving on rural roads was probably not the best idea and stayed close to home instead, taking a walk in the snowy park after dropping Maddy off at work and doing holiday-related stuff while watching the Army-Navy game.

Paul made Swedish rye bread and we had that for dinner along with soup, Irish cheddar, peanut butter, and marzipan roll. Then Maddy let us log in to her Netflix and watch the first three episodes of the new season of The Crown, which...well, I miss Churchill, I don't care about Philip's man-pain, and I'm not sure a single one of those episodes passed the Bechdel Test despite ostensibly being about the Queen, so I can't say I loved them. Now we're watching SNL, where it is fun watching the actors crack each other up, at least! Hopefully tomorrow I will be more interesting! 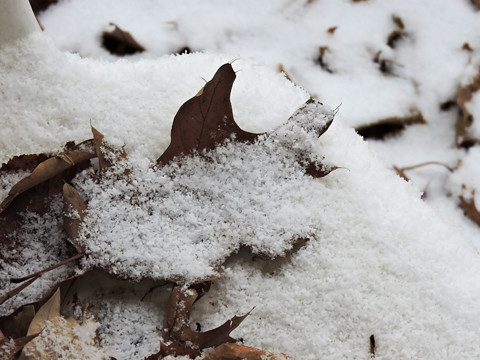 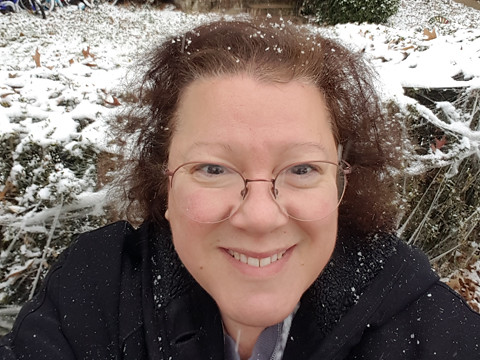 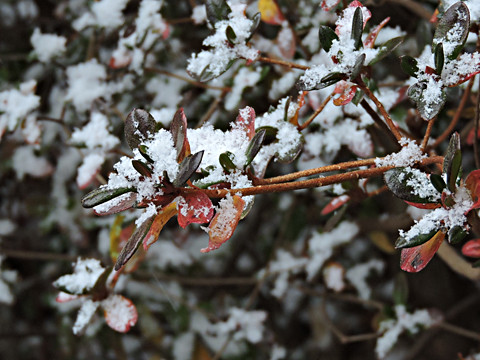 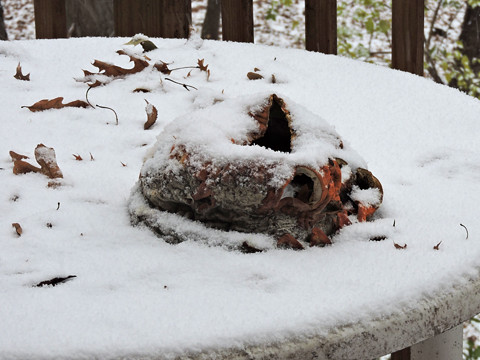 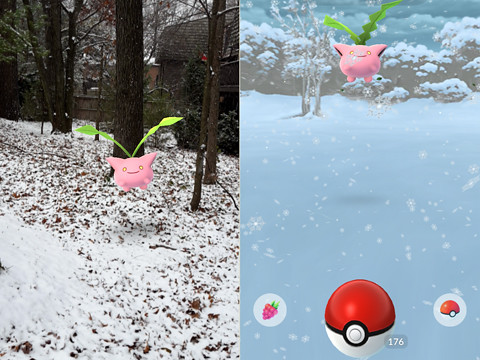 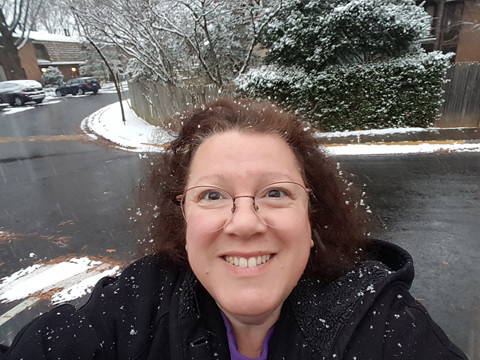 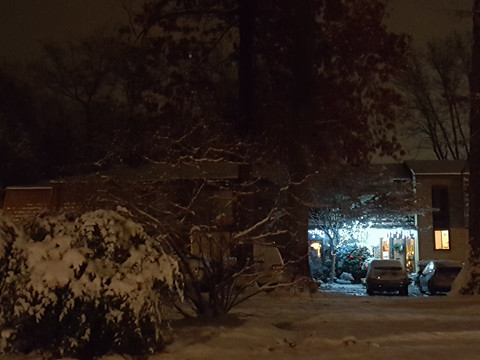 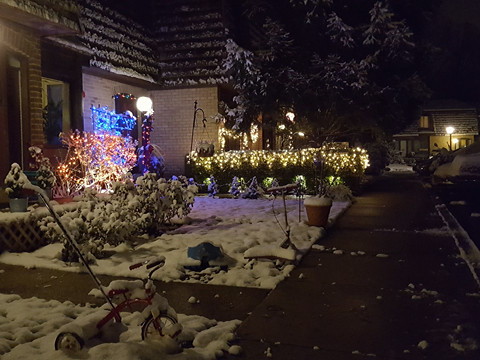