Poem for Thursday and Woodend Mansion

I am silver and exact. I have no preconceptions.
Whatever I see I swallow immediately
Just as it is, unmisted by love or dislike.
I am not cruel, only truthful,
The eye of a little god, four-cornered.
Most of the time I meditate on the opposite wall.
It is pink, with speckles. I have looked at it so long
I think it is part of my heart. But it flickers.
Faces and darkness separate us over and over.

Now I am a lake. A woman bends over me,
Searching my reaches for what she really is.
Then she turns to those liars, the candles or the moon.
I see her back, and reflect it faithfully.
She rewards me with tears and an agitation of hands.
I am important to her. She comes and goes.
Each morning it is her face that replaces the darkness.
In me she has drowned a young girl, and in me an old woman
Rises toward her day after day, like a terrible fish.

My score for Wednesday was Squirrel: 1, Tire: 0, by which I mean that on the way home from a Pokemon raid at Locust Grove, I swerved slightly to avoid a squirrel and ripped a hole in a rear tire. Tire can't be salvaged and we couldn't get an appointment to get it replaced until Friday, so the car is sitting with the spare on and won't be driven tomorrow. Hopefully the van, which hasn't really been driven this year, will run if necessary. A good friend of many years lost her husband to a long illness this morning, so that's been very upsetting.

I got some stuff done, took a walk in late afternoon drizzle that didn't turn into a rainstorm till after dinner, and we watched <i>Get On Up</i>, which had better acting than script that makes him look ridiculous instead of brave or broken (we get more glimpses of Brown's horrific childhood in flashbacks than the racism of the industry, but we also get some very strange choices like rage over a woman using his private toilet and no discussion of why his music remains so influential on nearly every genre of music. Woodend Mansion at the Audubon Society: 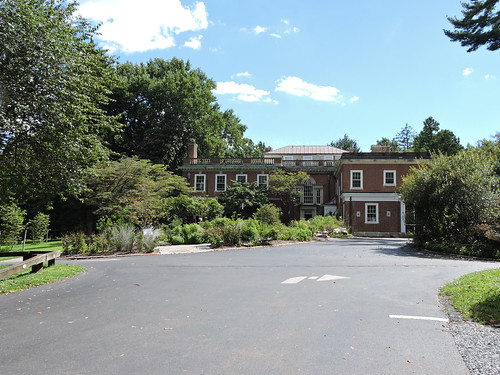 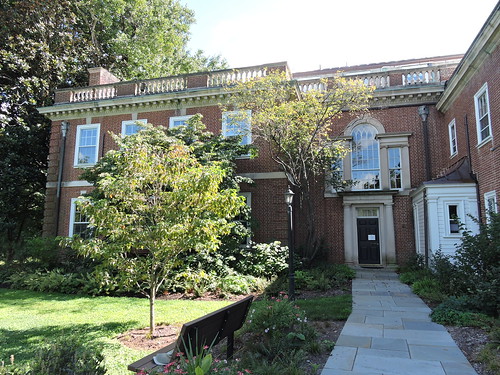 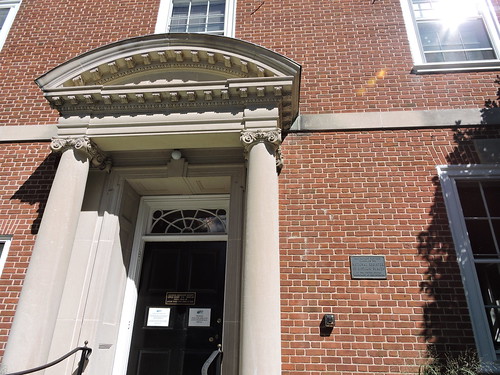 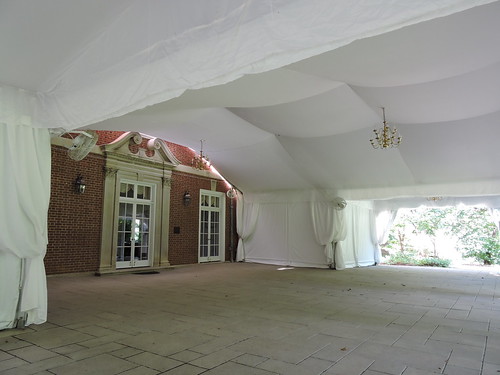 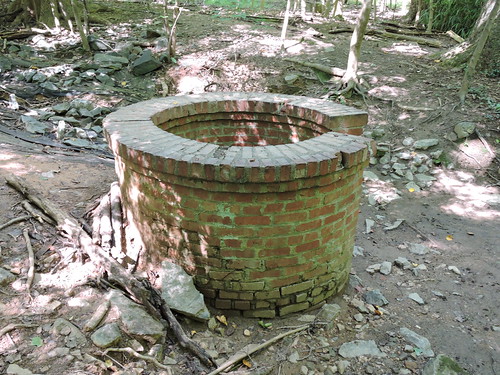 Posted by littlereview at 1:42 AM