Let me not to the marriage of true minds
Admit impediments. Love is not love
Which alters when it alteration finds,
Or bends with the remover to remove:
O no! it is an ever-fixed mark
That looks on tempests and is never shaken;
It is the star to every wandering bark,
Whose worth's unknown, although his height be taken.
Love's not Time's fool, though rosy lips and cheeks
Within his bending sickle's compass come:
Love alters not with his brief hours and weeks,
But bears it out even to the edge of doom.
If this be error and upon me proved,
I never writ, nor no man ever loved.

I pretended to get work done on Wednesday, but as soon as the DOMA/Prop 8 decisions were handed down, I pretty much only watched the news for the rest of the morning. Both the TV coverage and the internet/social media commentary were glorious -- of course I stayed away from Fox News and Focus on the Family (though someone defriended me on Facebook minutes after I posted Marylanders for Equality's graphic there). Finally the Supreme Court did something that did not make me want to send more than half of them back to the 1800s where they belong.

Then I went to lunch with Kay, abandoning older son who was still asleep and sending younger son off with my parents to drive and try on pants. We ate at Tara Thai, then I stopped at Charming Charlie's sale (finally the blue petal necklaces are half price) and walked around the lake to see the goslings, one set of which are practically adults while the other set are still dinosaur-looking. I also had to stop at CVS, where it looked like the sky was going to open up and we got a thunderstorm warning, but it hardly rained at all.

Not a good night for the Orioles, but the Nationals won, though we mostly watched some South Park with the kids before the new Futurama, then since younger son had read the book we watched the first episode of Under the Dome (and based on that and what he told me about the book, I don't care if we never watch the second episode). Tonight I really miss Jon Stewart on The Daily Show though Oliver did sing some Les Mis. I am behind on everything so have some more neighborhood bunnies for now: 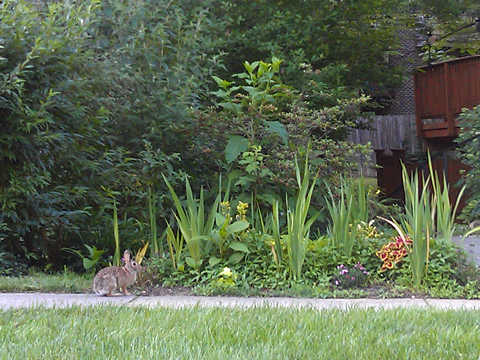 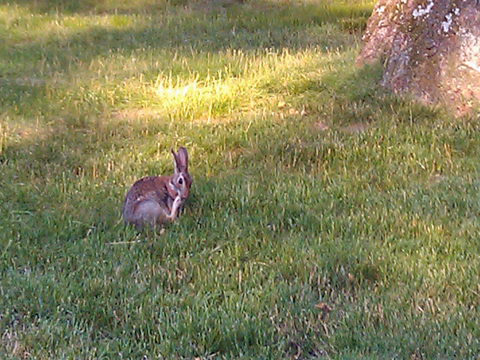 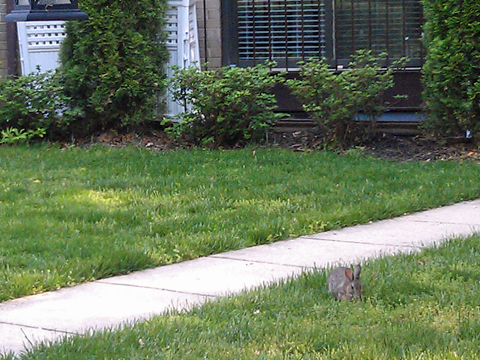 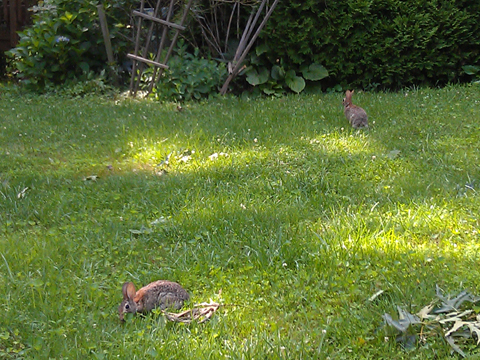 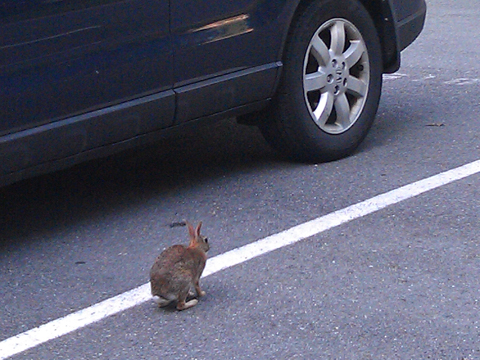 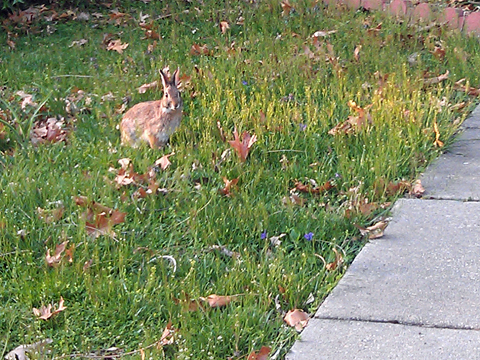 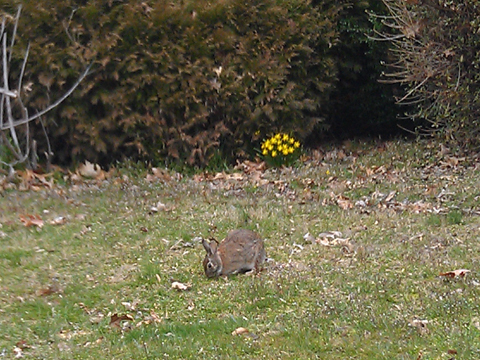 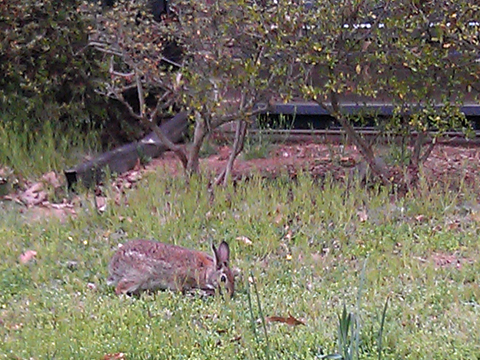