A blurry photograph
By Martha Ronk

The tree azalea overwhelms the evening with its scent,
defining everything and the endless fields.

Walking away, suddenly, it slices off and is gone.

The visible object blurs open in front of you,
the outline of a branch folds back into itself, then clarifies--just as you turn away--

and the glass hardens into glass

as you go about taking care of things abstractedly
one thing shelved after another, as if they were already in the past,

needing nothing from you until, smashing itself on the tile floor,
the present cracks open the aftermath of itself.

"The poem is part of a series of poems on photography and seeing," Ronk told Poets.org. "I had dropped a glass on the kitchen floor; the azalea came from Vermont last August; a friend made a photogram of a blurry glass jar."

I had a busy but very nice Friday, starting with finishing work early so I could run out to get Catching Fire on Blu-Ray (at Target, since theirs had the most tempting extras). I also stopped at AC Moore for split rings and at Bagel City for bagels and spreads, which Paul and I then ate for lunch since he was working from home so we could go to College Park to retrieve Daniel later in the afternoon.

Adam was going to a birthday party in the evening, so we picked him up from track practice and everyone looked at his art show currently on display in the front hallway at his school. We took him to the party, then the rest of us had dinner with my parents before coming home and watching Capote which is depressing but superbly acted. And I posted a review of DS9's "Rocks and Shoals", about which I could say the same! 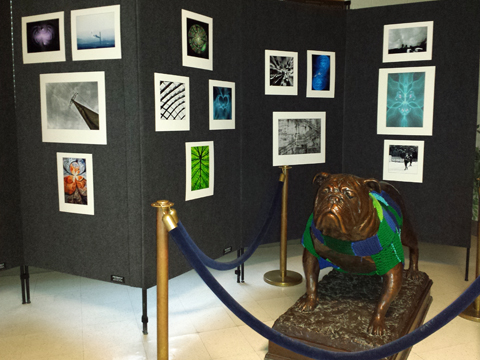 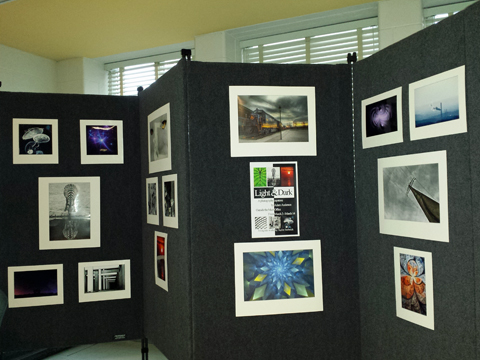 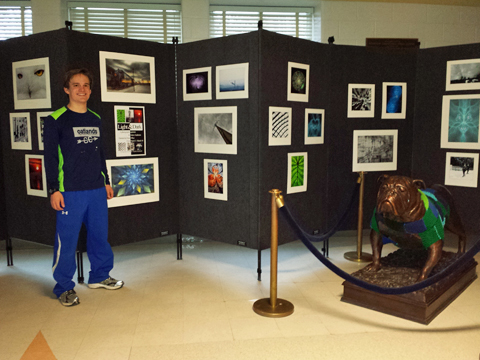 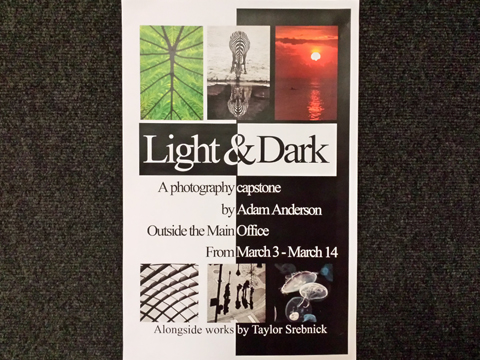 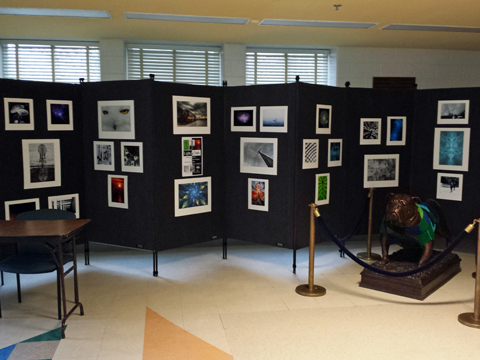