Ah, not this marble, dead and cold:
Far from its base and shaft expanding—the round
zones circling, comprehending,

Thou, Washington, art all the world's, the
continents' entire—not yours alone, America,

Europe's as well, in every part, castle of lord or
laborer's cot,
Or frozen North, or sultry South—the African's—
the Arab's in his tent,

Old Asia's there with venerable smile, seated
amid her ruins;
(Greets the antique the hero new? 'tis but the same
—the heir legitimate, continued ever,

Courage, alertness, patience, faith, the
same—e'en in defeat defeated not, the same:)

Wherever sails a ship, or house is built on land,
or day or night,
Through teeming cities' streets, indoors or out,
factories or farms,
Now, or to come, or past—where patriot wills
existed or exist,
Wherever Freedom, pois'd by Toleration,
sway'd by Law,
Stands or is rising thy true monument.

I got most of my Friday review written on Thursday, but our power has not been able to decide whether to stay on since the afternoon, when major storms came roaring through -- nothing like what North Carolina is going to get from the hurricane overnight, but enough to bring down trees and tear the roof off a building in College Park (it's a good thing we didn't plan to drive home on Route 1 after picking up Daniel for the long weekend, since it was closed for several hours from the debris). Yet though we learned from Adam while we were driving that our power was out at home, we were never caught in the worst of the rain and hail -- that all went west faster than we did.

Since we still had no power at 6 p.m., my parents invited us over for dinner (they brought in ethnic food we all like from the mall food court, so that was awesome). Then we came home to a house that had had power for two hours...and within five minutes, it went out again! We spent half an hour reading before it came on again, then we watched Transcendence, which I thought was better than its reviews -- well-acted (Depp extremely understated, Bettany and Hall are the memorable ones), spectacular visuals, though there are some big problems with the script that start right at the beginning. Just a couple of pics of flowers at Maymont -- Happy Independence Day! 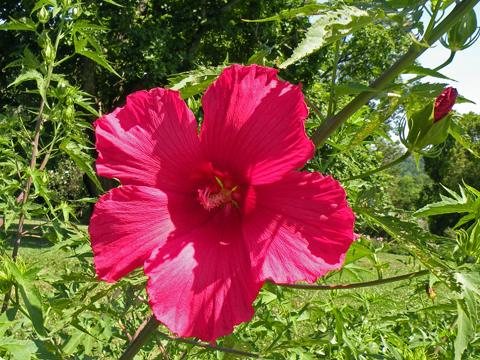 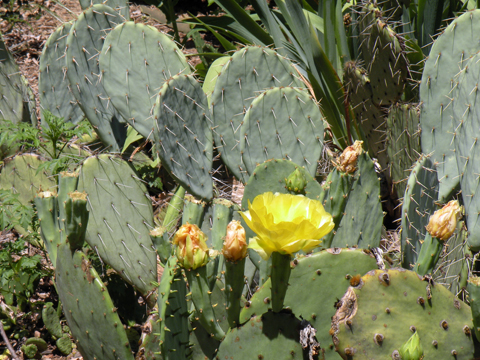