Poem for Saturday, College Park, In the Pale Moonlight

Twenty-three percent when placed under
intense pressure did in fact kick
the door in. Soldiers creep on the other side
of the turn. Every little thing
is destined for ease. Music, be still.
Keep the mannequin secrets
to yourself. Remember a ladder
can take you both up and down.
The weather grows less stable
than us. This line here is where
the season starts. Spring seems
fluorescently golden. Too much
milk in the fridge. When left alone
long enough, the prisoners
began to interrogate themselves.

We spent the afternoon in College Park, where we dropped off Adam for a weekend trip and spent two hours walking around the campus before we picked up Daniel for the weekend. I have finally accomplished my goal of seeing all five publicly displayed Testudo statues! Then we had dinner with my parents and I posted a review of Deep Space Nine's excellent, controversial "In the Pale Moonlight". 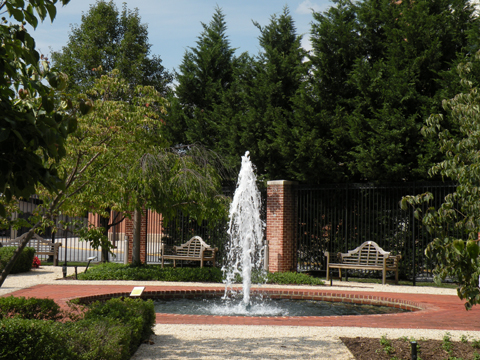 The fountain in the courtyard of the Riggs Alumni Center. 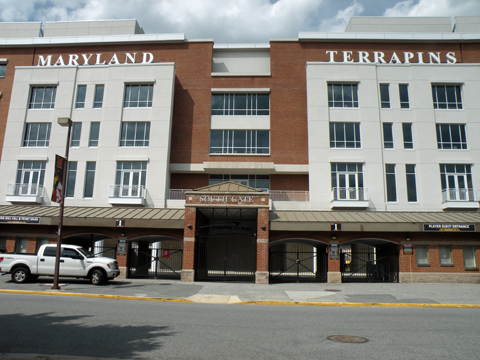 The entrance gates of Byrd Stadium. 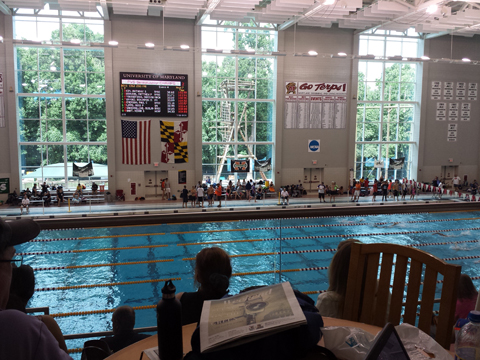 A big swimming meet was taking place inside the Eppley Recreation Center... 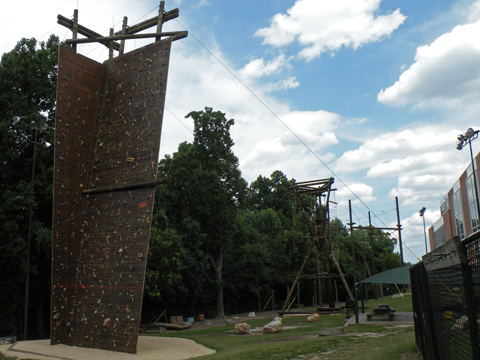 ...which also has this awesome climbing wall and obstacle course outside. 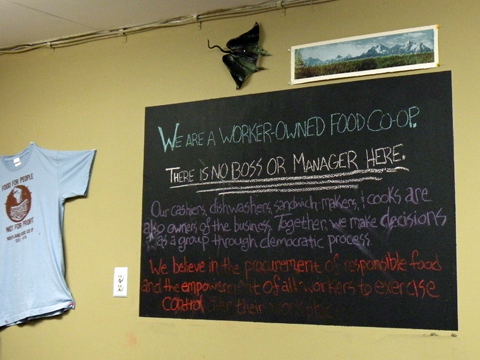 We stopped for snacks at the food co-op in the lower level of the Stamp Student Union, which used to be my favorite place to have lunch when I was on campus regularly. 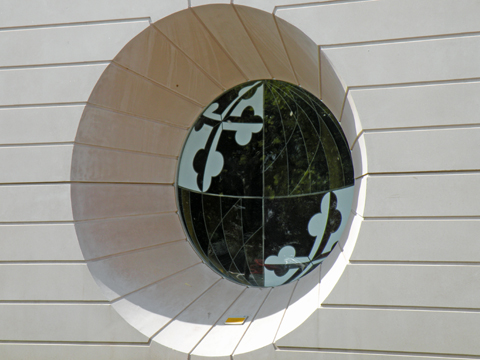 This is the flag window in the Riggs Alumni Center. The colors are more dramatic on the inside. 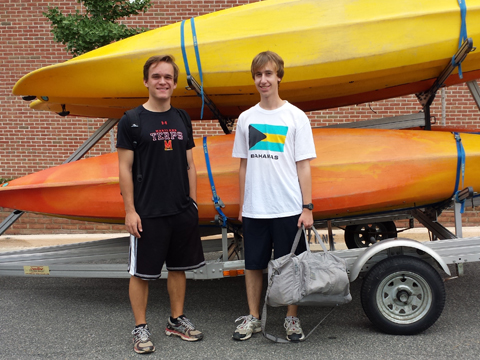 Here are younger son and his friend about to leave on their weekend kayaking trip with other honors students. 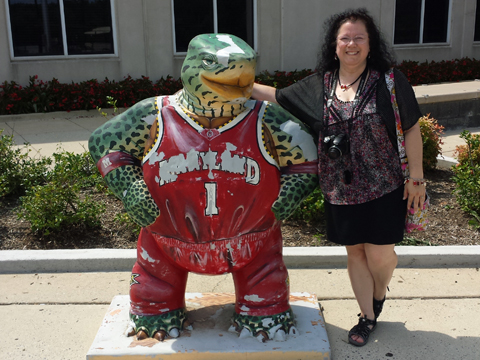 And here I am with the basketball terrapin in front of the Comcast Center.

Now that the video is out, we're watching Noah, which Daniel hasn't seen. I understand why a wide range of people think this movie is crack, but some parts are too magnificent for me not to want to watch over and over. And I love that Aronofsky essentially gave Noah the Four Children for his kids -- Shem the wise child, Ham the wicked child, Ila the innocent child, and Japheth the child who does not know how to ask.