Waiting for Rain
By Ellen Bass

Finally, morning. This loneliness
feels more ordinary in the light, more like my face
in the mirror. My daughter in the ER again.
Something she ate? Some freshener

someone spritzed in the air?
They're trying to kill me, she says,
as though it's a joke. Lucretius
got me through the night. He told me the world goes on

making and unmaking. Maybe it's wrong
to think of better and worse.
There's no one who can carry my fear
for a child who walks out the door

not knowing what will stop her breath.
The rain they say is coming
sails now over the Pacific in purplish nimbus clouds.
But it isn't enough. Last year I watched

elephants encircle their young, shuffling
their massive legs without hurry, flaring
their great dusty ears. Once they drank
from the snowmelt of Kilimanjaro.

breathing when she breathed. But her skin,
warm as it is, does, after all, keep me out.
How tenuous it all is.
My daughter's coming home next week.

She'll bring the pink plaid suitcase we bought at Ross.
When she points it out to the escort
pushing her wheelchair, it will be easy
to spot on the carousel. I just want to touch her.

My Wednesday was not particularly more exciting than my Tuesday. I finished the review I need to post on Friday, since I will be on a plane for much of that day, and I did other work and chores though I am not going to be caught up from being on vacation last week before I leave again this week. It was less rainy but quite cool for May, which I loved -- I only saw five bunnies while walking today, but they didn't seem to mind the weather and neither did the flowers. (My cats, however, were displeased and spent most of the day curled up.)

After dinner Adam had homework, but the rest of us watched Chappie. I was not expecting much, since the film had terrible reviews -- I was watching for Hugh Jackman and Sigourney Weaver -- so imagine my surprise when it turned out to be quite invested in religion, politics, and parenting with scarcely any attention to the things the previews suggested (it's NOT about a happy childlike robot). It is one of the darkest films I've ever seen but quite engrossing. Here are some photos of the Central Park Zoo from last weekend: 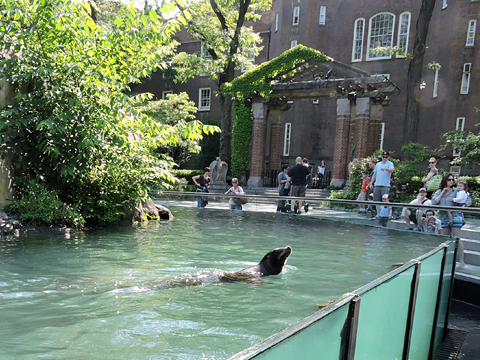 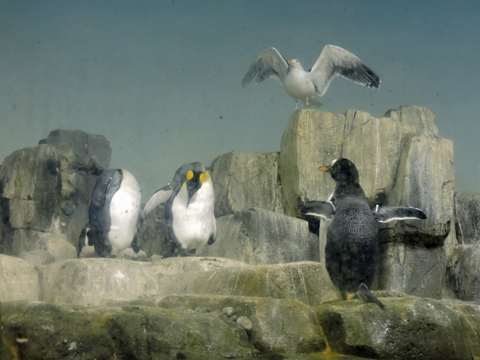 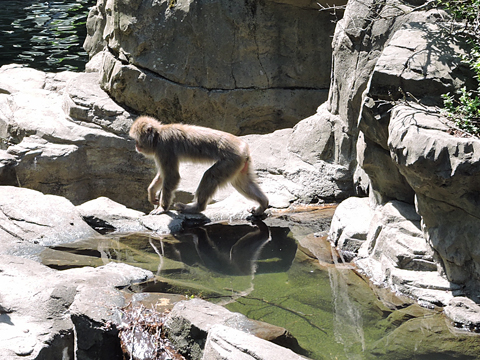 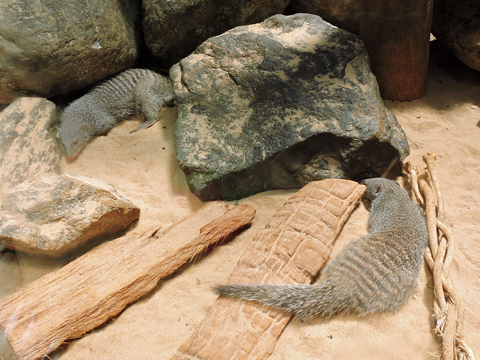 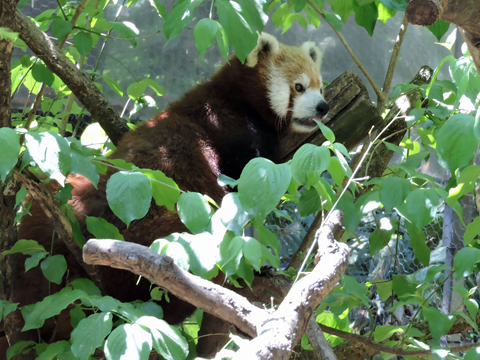 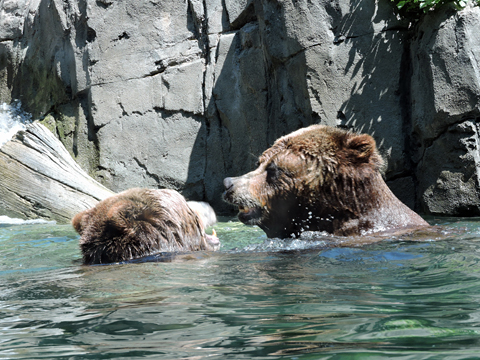 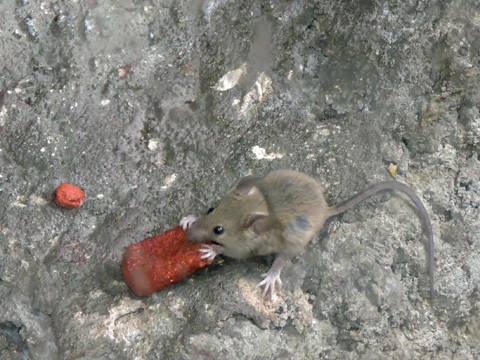 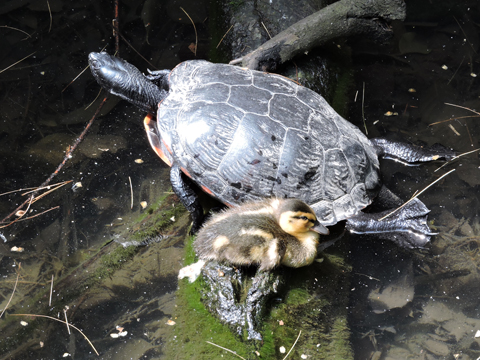