Poem for Monday and Huntley Meadows

At the Window
By D. H. Lawrence

The pine-trees bend to listen to the autumn wind as it mutters
Something which sets the black poplars ashake with hysterical laughter;
While slowly the house of day is closing its eastern shutters.

Further down the valley the clustered tombstones recede,
Winding about their dimness the mist’s grey cerements, after
The street lamps in the darkness have suddenly started to bleed.

The leaves fly over the window and utter a word as they pass
To the face that leans from the darkness, intent, with two dark-filled eyes
That watch for ever earnestly from behind the window glass.

The temperature dropped on Sunday but it was an absolutely gorgeous day. We went downtown to meet Cheryl and Debbie for lunch, then we went to Huntley Meadows under brilliant sunshine that brought out turtles, herons, ducks, geese, and other animals, though sadly not the beavers who have built a big new dam right over one of the park benches but tend to sleep through the afternoons: 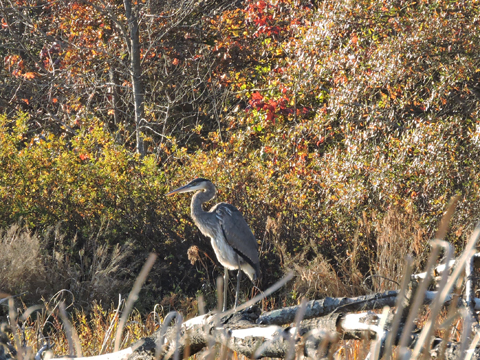 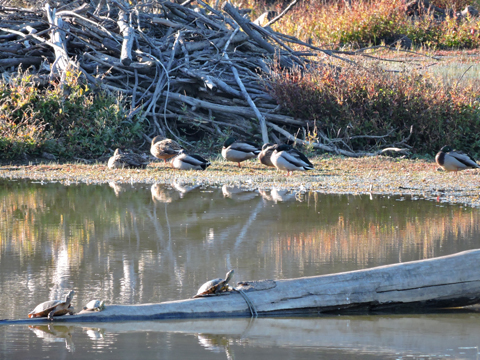 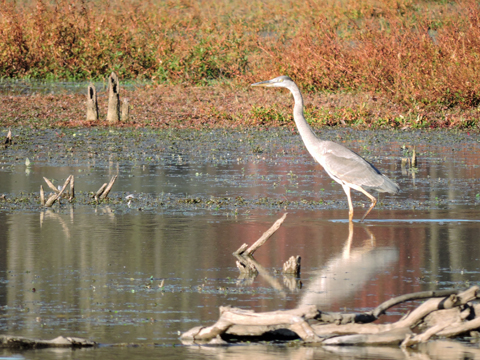 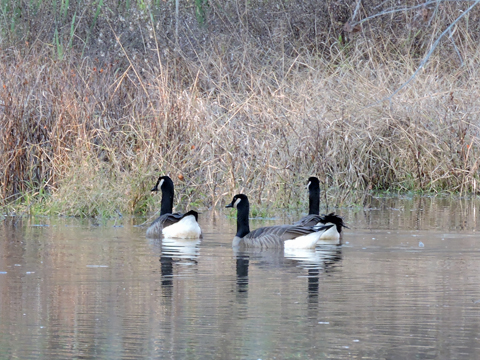 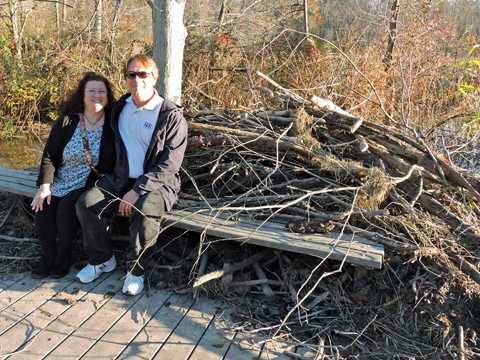 We dropped Cheryl off at the Metro parking lot where she'd left her car and came home for pumpkin chili (plus eggnog which Paul found this week in the store despite it being the week after Halloween). We watched 60 Minutes to see the Hamilton feature -- we just got the CD, it is awesome -- then Madam Secretary, which is awesome in pretty much every way. Let's just not talk about football scores!