Poem for Wednesday and Locust Grove

Queen Guinevere,
Three sleek and silent cats
Bring you gifts from me.

The first is a grey one,
(I wanted a white one,
I could not find one snowy white enough,
Queen Guinevere,)
He brings you purple grapes.

The second is a grey one,
(I wanted a sleek one,
Where could I find one sleek enough
Queen Guinevere?)
He brings you a red apple.

The third one, too, is grey.
(I wanted a black one,
Not Hate itself could find one black enough,
Queen Guinevere,)
He brings you poison toadstools.

Paul worked from home so we could work on getting the cats and kittens integrated -- older son is coming home for Thanksgiving, so the kittens can't be living nearly full time in his room by then (the litterbox at least must be moved). Daisy still has moments of hissing even though the kittens have not been out of the big cage in the living room and Katniss is trying very hard to escape, but things seem to be moving in a positive direction.

We caught up on Once Upon a Time, which is giving the women a lot to do this season but whyyy do Arthur and Guinevere have to be the villains and whyyy am I supposed to believe Hook is Emma's great love when he can't even act it? The Flash did some nice stuff, Agents of SHIELD actually really rocked for a change, but Limitless is so hilariously creative that it's rapidly becoming my favorite Tuesday show! Locust Grove just a couple of weeks ago: 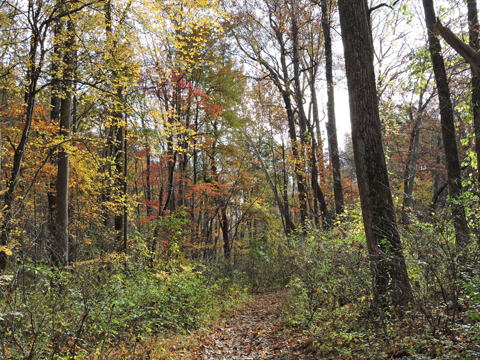 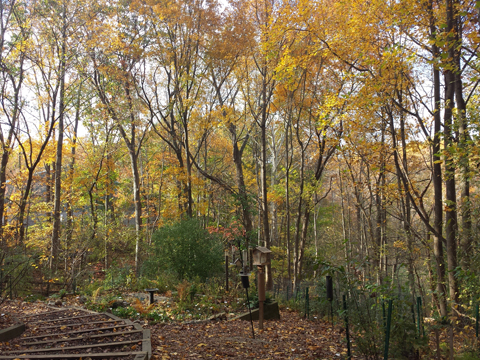 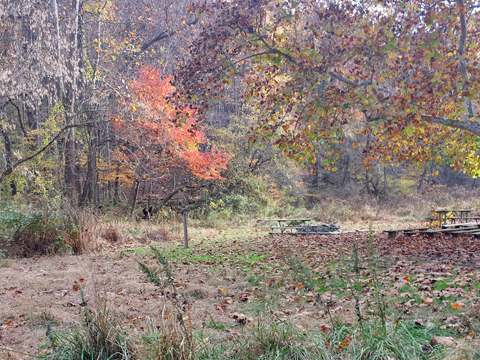 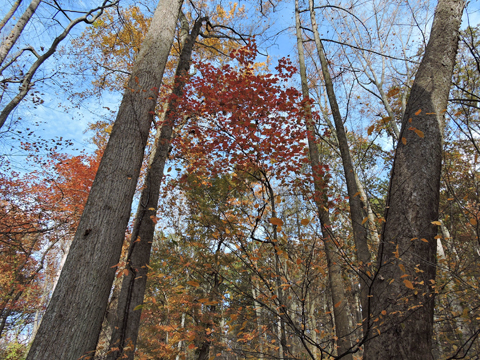 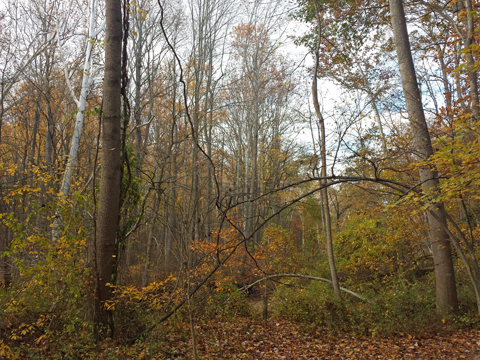 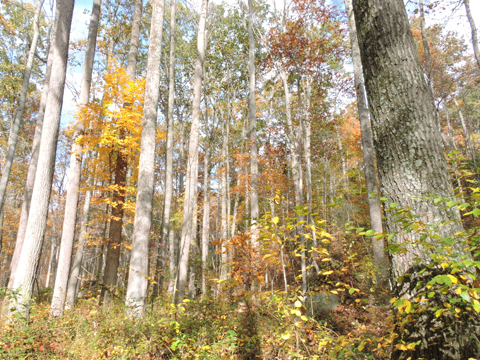 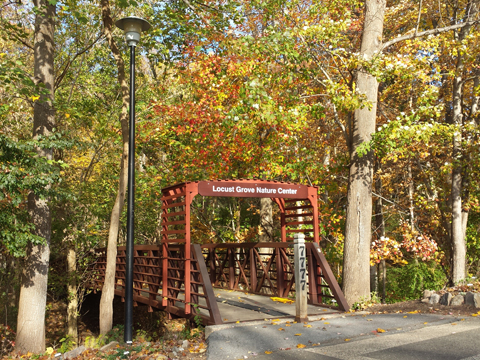 A nice nature center. I love the photos of the tall trees. Have fun with your son this Thanksgiving.
That was ONE ominous poem!

This is right near my house, five minutes away. Both my sons will be home, yay! Hope you have lovely Thanksgiving plans!