Poem for Monday and Hanover Birthday

The Lights
By Eda Lou Walton

The sun is a luminous shield
Borne up the blue path
By a god;

The moon is the torch
Of an old man
Who stumbles over the stars.

Paul, Maddy, and I went to Hanover on Sunday to celebrate Cinda's birthday, which we did by taking Clair and Cinda out to lunch at La Cucina, their favorite Italian restaurant, where Santa happened to be visiting to celebrate the season. Afterward we ate birthday cake back at their house and Skyped with Daniel and Adam. Clair and Cinda are doing pretty well, still frustrated that they don't get out more, but they were happy the Patriots won today and we are all glad that Maryland is going to the Quick Lane Bowl. We're also all glad that the Dakota Access pipeline situation is being addressed! 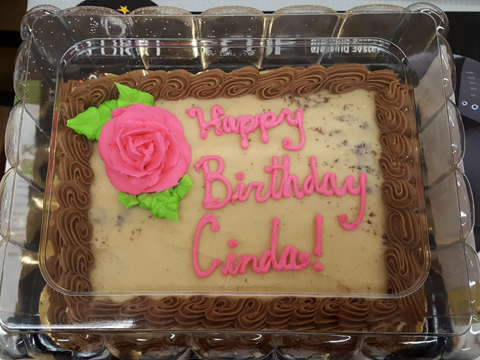 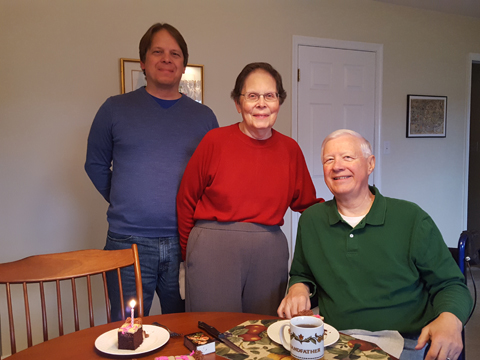 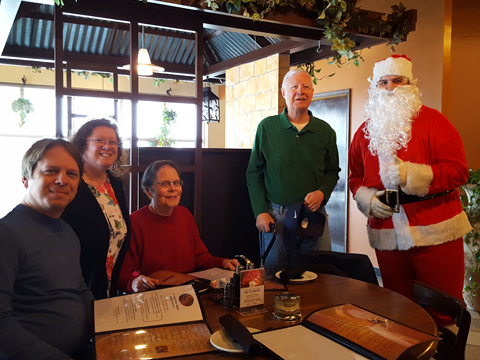 ...after going out to lunch. 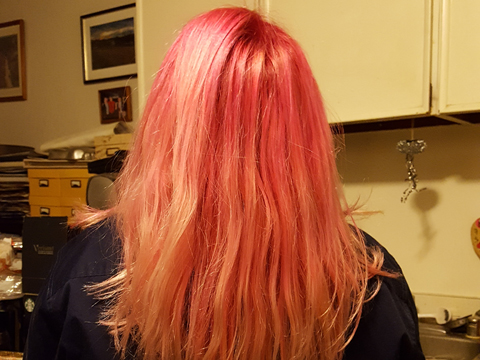 Maddy will not allow photos of her face but she allowed this photo of her newly pink hair. 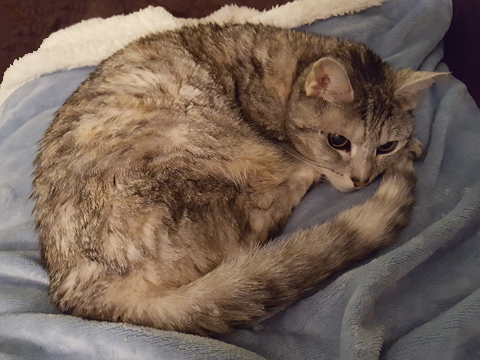 And here is a gratuitous photo of sleepy Cinnamon.

At home we saw the very beginning of the Seahawks blowout of the Panthers (we missed the Ravens game while in Hanover), then watched Once Upon a Time, which had massive silliness and annoyances, and the season finale of Westworld, which left a bunch of questions unanswered but was mostly satisfying in addressing the important issues -- only one twist really surprised me, and they didn't at all wrap up what one major character was up to, but some of the thematic issues that had bothered me got decent temporary resolutions, though there's still some major discussion of gender issues I may eventually write about.