My morning started with Adam informing me he had survived his first significant San Francisco earthquake, but the day got better! As we did last year, we went with Cheryl to Chestertown's Harry Potter festival, though this year, for legal reasons, it's called Chestertown's Wizarding Weekend. We had met a couple of vendors at Annmarie Gardenfest who said they had heard the whole event was canceled, so we were afraid there wouldn't be many vendors, but there were plenty, and this year they were all along the streets instead of mostly packed into the park (where we ate lunch and drank butterbeer around the fountain). We visited the Goblins & Galleons (formerly Gringotts) Bank for free chocolate galleons, took a British trivia quiz, got our pictures taken with Lucius Malfoy, Severus Snape, and Rita Skeeter, and bought a few fannish charms. 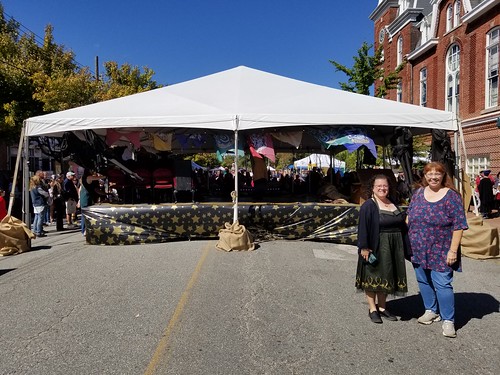 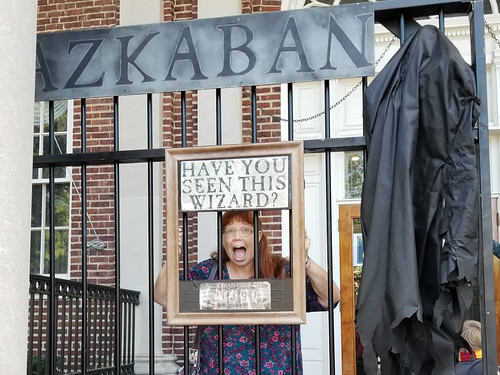 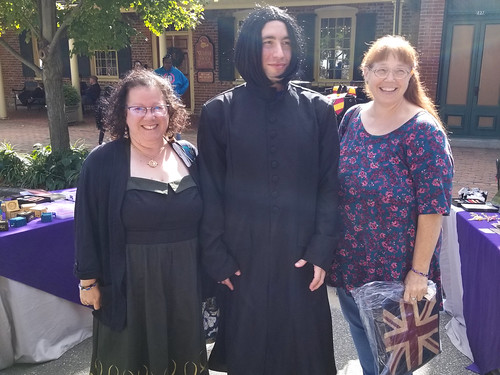 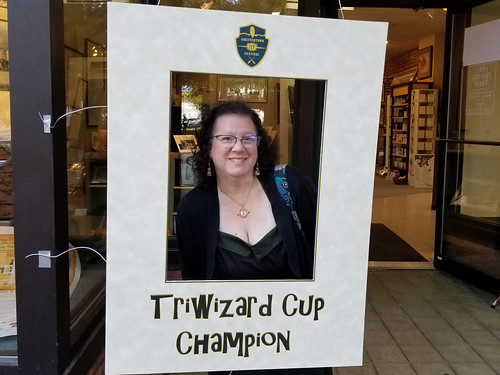 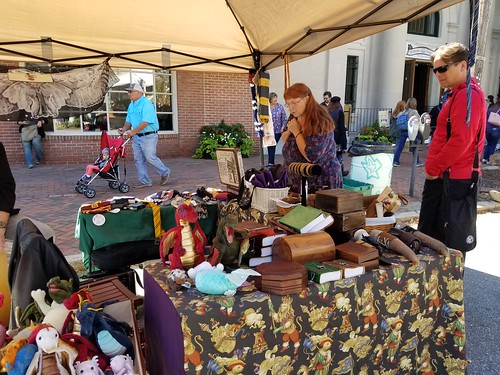 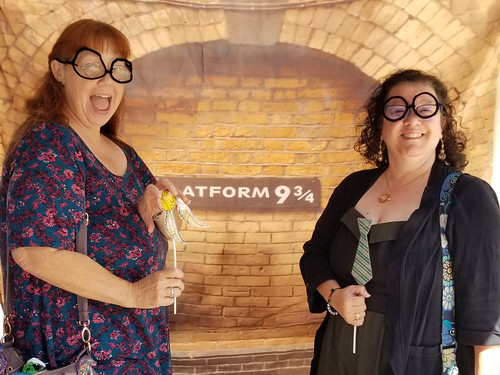 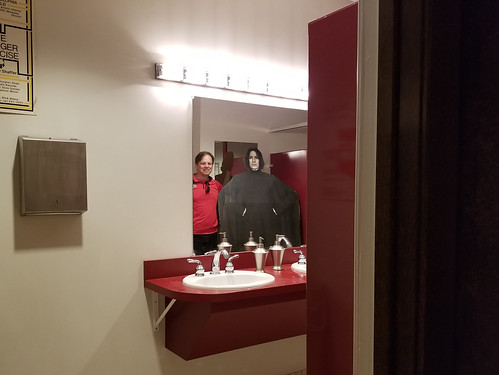 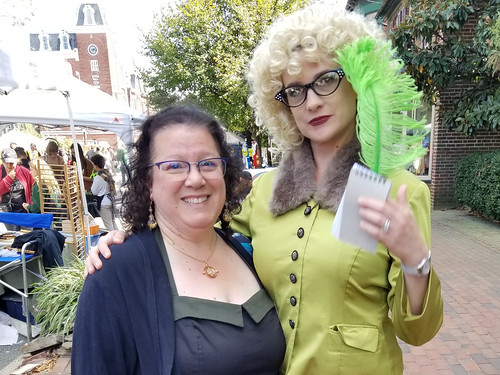 Because Chestertown is so pretty, we visited a few of the nautical-themed shops and art galleries, then we walked past the train station and don't-call-it-Quidditch pitch to the waterfront to see the boats and shore birds. Since we had to go over the Chesapeake Bay Bridge to get home from Chestertown, we decided to have dinner at the Harris Crab House, which is where we stopped on the way home from Delaware at the end of the summer because in addition to crabs they have veggie burgers and hush puppies with Old Bay as well as views of the boats and cormorants. We also had lovely views from the bridge, though it clouded up as we headed west. Cheryl left for Virginia and Paul and I watched the second season of Fleabag, which in parts is more painful but in many ways is better than the first.