O rose beyond the reach of time and of the senses
O kiss enveloped in the scarves of all the winds
surprise me with one dream
that my madness will recoil from you.

Recoiling from you
In order to approach you
I discovered time.

Approaching you
in order to recoil from you
I discovered my senses.

Between approach and recoil
there is a stone the size of a dream
It does not approach
It does not recoil.

You are my country
A stone is not what I am
therefore I do not like to face the sky
nor do I die level with the ground
but I am a stranger, always a stranger.

Darwish died earlier this week and his funeral was yesterday. A Washington Post article by Linda Gradstein quoted a 17-year-old named Irjwan Assi as saying, "We lost a very important symbol of our nationalism and our cultural heritage," adding that she believes Darwish was even more important to Palestinians than Yasser Arafat. A Palestinian by birth whose family moved to Lebanon after the creation of Israel, then returned when he was in high school, Darwish lived much of his adult life abroad after being imprisoned both for having communist ties and for his association with the PLO, for which he wrote a manifesto intended to serve as a declaration of independence. Palestinian Authority President Mahmoud Abbas called him "the master of the word and wisdom, the symbol who expressed our national feeling, our human condition."

Thursday morning we went to the beach, where the weather was beautiful -- low 80s -- and the ocean was too, warm and wavy without it being too rough to swim. We went out on boogie boards for a while, and dove in waves, and found lots of big mole crabs with orange eggs. After a quick swim at the pool, we went back for lunch, then went fishing in the pond with my parents' friends and their kids and grandkids. Daniel caught and released another huge catfish; Adam, who caught a sunfish that my father wanted to use as bait to catch a bigger fish, was not at all happy about the hooking and maiming, and I must admit to feeling the same way.

In the afternoon we went to Rehoboth and took the kids to the boardwalk arcade. My parents joined us and we all went to Nicola's Pizza for Nic-o-bolis, an annual tradition at the beach dating back to my childhood. Then we left my parents, stopped in a couple of Rehoboth shops, and drove to Cape Henlopen State Park in Lewes, where we went to Fort Miles' observation tower, then to the seaside nature center for a ghost crab walk, which took us through a patch of deer-filled woods past bats and cicadas to the bay, where by the light of flashlights and a nearly full moon, we saw the translucent little crabs scuttling in the sand. It started to drizzle on the way back through the trees, a lovely cool night. 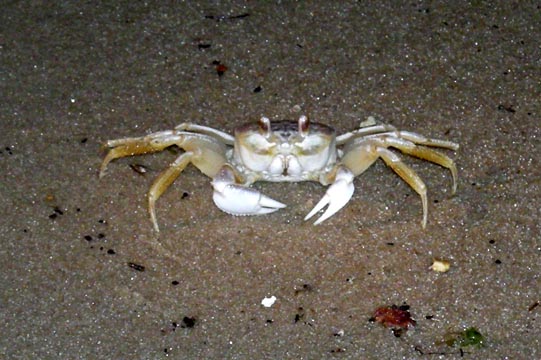 A ghost crab by the bay at Cape Henlopen. 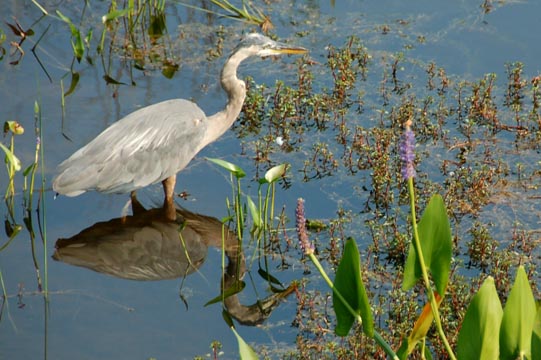 A heron fishing in the pond outside our beach house. 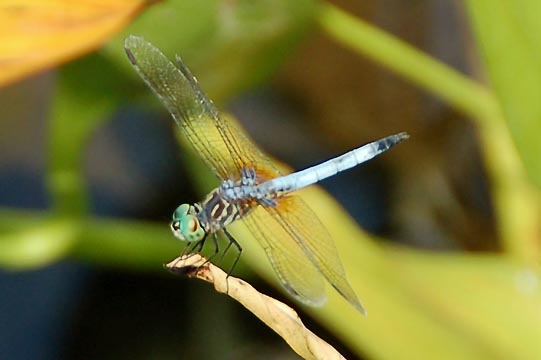 And nearby, a dragonfly. 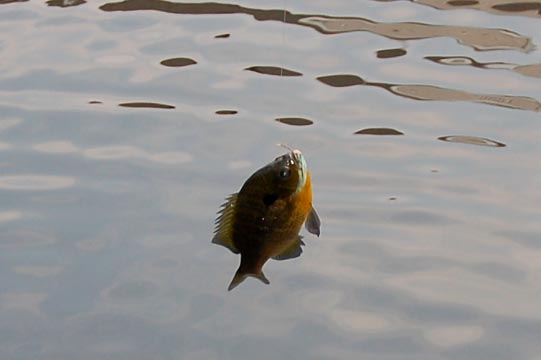 The sunfish caught by Adam. 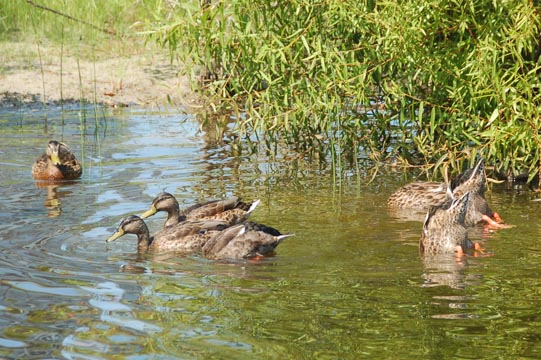 Ducks are often in the pond as well, eating off the bottom and mooning anyone who happens to be around. 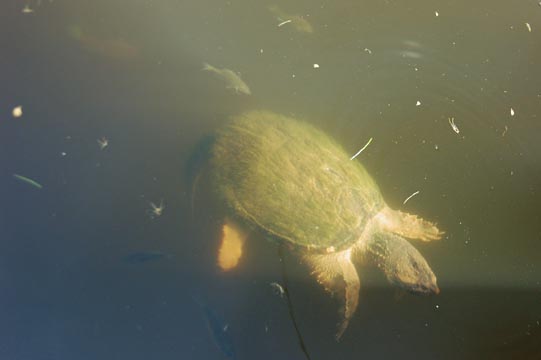 The snapping turtle and the tiny fish in the marshy area near the dock are always looking for lost bits of bait to gulp down. 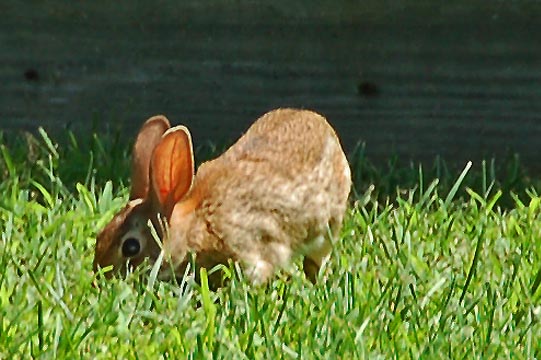 There's a bunny who lives in the grassy area between the buildings on the way to the beach and sometimes climbs up on the dunes. 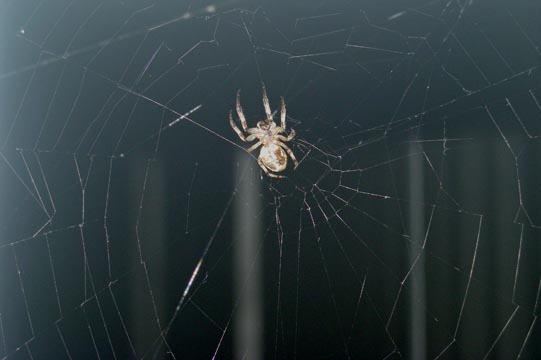 And there are quite a few spiders living all over the various boardwalks and wooden stairs.

Friday is our last full day in Delaware. What we will do depends in large part on the weather. If it's miserable out, we may go to Dover or Lewes, but if it's only overcast and there's no thunder, we want to go to the beach as much as possible!
Posted by littlereview at 12:32 AM