When it is finally ours, this freedom, this liberty, this beautiful
and terrible thing, needful to man as air,
usable as earth; when it belongs at last to all,
when it is truly instinct, brain matter, diastole, systole,
reflex action; when it is finally won; when it is more
than the gaudy mumbo jumbo of politicians:
this man, this Douglass, this former slave, this Negro
beaten to his knees, exiled, visioning a world
where none is lonely, none hunted, alien,
this man, superb in love and logic, this man
shall be remembered. Oh, not with statues' rhetoric,
not with legends and poems and wreaths of bronze alone,
but with the lives grown out of his life, the lives
fleshing his dream of the beautiful, needful thing.

Another from Poet's Choice in The Washington Post Book World, "which praises a different kind of sacrifice for another ancestor of his: the freed slave Frederick Douglass," writes Mary Karr. "In a loosely Petrarchan sonnet like this one, there's a turn in the last six lines when Douglass's vision is finally ushered into reality, not with bronze or rhetoric, as Hayden says, but with living creatures: 'lives grown out of his life.' Here's hoping we as a people are at last being united in that freedom." The poem appears in Collected Poems of Robert Hayden, edited by Frederick Glaysher.

I was woken up Sunday morning at 5:30 a.m. by sunlight streaming through my window, then again at 7:30 by thunder, which is a pretty reasonable summary of my day as well. In the morning after breakfast, younger son and I took a walk to see some local wildlife including turtles and the swans and geese that live in this community. By the time we got back, it had clouded over, and by the time we reached the beach, it was thundering so we had to turn around. It proceeded to storm for the next several hours, during which time we ate lunch and Paul and I went out to the Seaside Country Store and Float-Ors, plus the food store for fresh fruit and milk for the week. Eventually the rain stopped and my parents took the kids to the pool.

In the late afternoon, the sun came out and I finally got to go to the beach, where Adam and I found sand crabs and watched plovers and gulls. The sand was churned up and full of shell fragments from the storm, and the water was as warm as the air. Walking back, we saw a rabbit. My mother made lasagna for dinner and after eating, we all needed a walk, so we figured we would take the kids to get ice cream, but while we were in the store, another thunderstorm arrived and we ended up walking back in the rain with big bolts of lightning flashing across the sky. 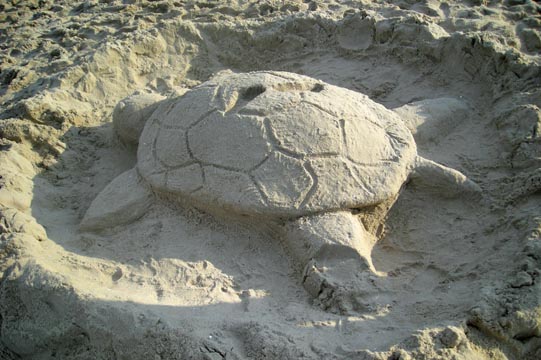 A sea turtle made of sand on Bethany Beach, Delaware. 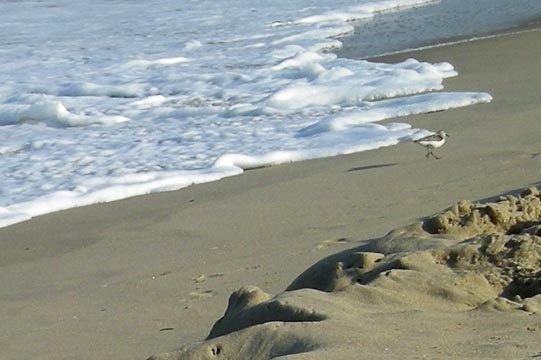 Plovers and laughing gulls are a common sight by the water, looking to eat... 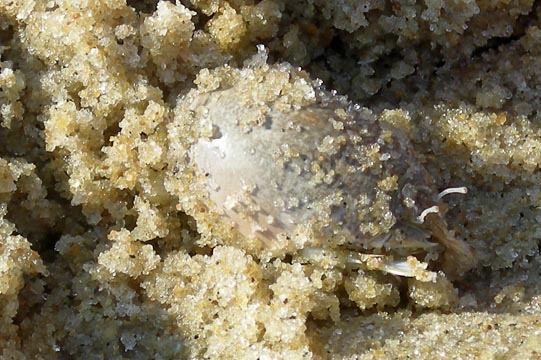 ...a sand crab, or mole crab, like this one caught by Adam before it was set down to scurry its way back into the wet sand. 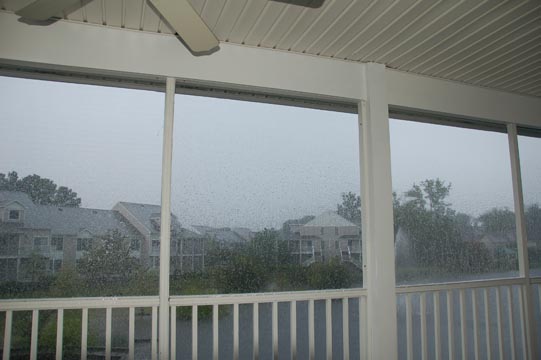 Unfortunately, this is what the weather looked like on Sunday at lunchtime... 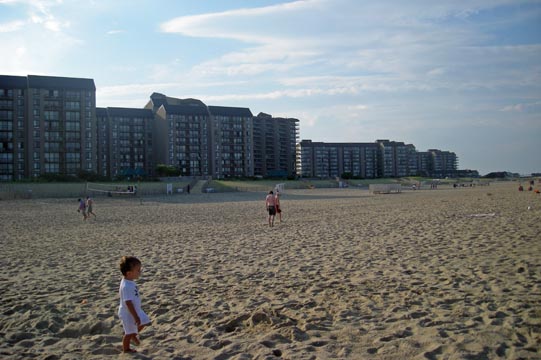 ...though by late afternoon, the skies were clear and people had come back to the beach. 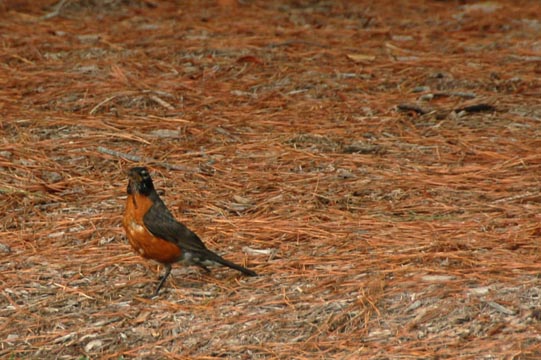 Within our community, about a mile from the shore near the wetlands, one finds plenty of robins and jays. 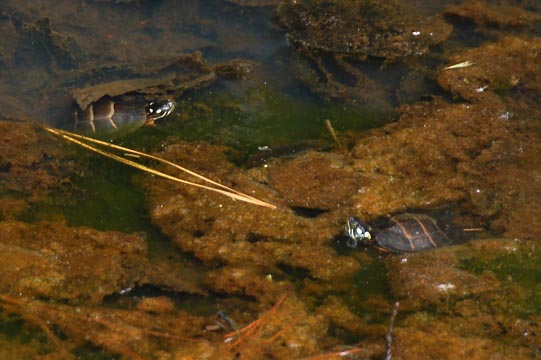 And the marshes are full of bullfrogs and turtles. 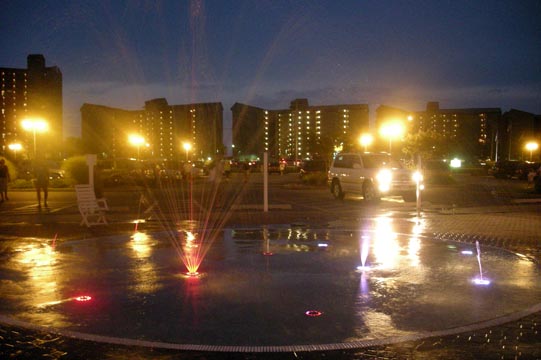 The fountains between the pizza and ice cream parlors are very popular with children on sunny days and look pretty at night in the rain.

In the evening Daniel tried to get my parents to watch Robot Chicken with little success, so we watched some Olympics and some of yesterday's Redskins pre-season game. Now I am fried from being woken up so early!
Posted by littlereview at 12:35 AM