The Slap
By Jane Shore

The gymnasium, with its locker room and showers
and drains, moldered in the basement.
Sanitary napkin dispensers were always empty,
and the changing room with stalls for privacy
had white flapping curtains that didn't quite close.
I undressed, and put on my gray cotton symnsuit
out in the open with all the other girls.

The gym teacher, Miss Piano, wore a Dutch-boy haircut.
Her legs were as solid as a baby grand's.
She called us by our last names, like privates in the army,
and clapped, as each girl climbed the ropes
and disappeared into girders and beams
and caged light fixtures on the ceiling.
When my turn came,
I gripped the lowest knot and dangled down;
my legs drawn up, I looked like a dying spider.

On wooden bleachers, chummy as sorority sisters
the lucky girls who had their periods
gossiped and did their homework
after handing Miss Piano a note from the nurse.
Where was my excuse?

After gym class, I'd undress in my own stall,
stuffing my gym suit back into its mildewed bag.
But first, I'd examine my underpants
for the red smear of "the curse."
The last of my friends, the last of the last.
No luck. I'd swathe myself again
in my neutral clothing.

When one morning, I woke up,
two black ink blots staining my pajamas,
I dragged my mother out of bed to tell her.
We squeezed into the bathroom
as if into our clubhouse,
as if she were about to show me the secret handshake.

Blushing, leaking, I sat on the tub's rim,
as if poised over the mikveh, the ritual bath.
Stuffed inside my underpants,
the bulky Kotex, safety pins, and elastic sanitary belt
I had stored in my closet for over a year.
My mother took a seat on the toilet lid.
"Ma," I shyly said, "I got my period,"
then leaned over to receive her kiss,
her blessing.

She looked as though she were going to cry.
In her blue nylon nightgown, her hairnet
a cobweb stretched over her bristling curlers,
my mother laughed, tears in her eyes,
and yelled, "Mazel Tov! Now you are a woman!
Welcome to the club!"
and slapped me across the face--
for the first and last time ever--

"This should be the worst pain you ever know."

I spent the whole awesome day with Dementor Delta, who brought me a big snakey! We went to Minerva with my family for Indian food, then sent the kids to the pool and watched Dead Again (because we were in a Branagh/Thompson mood and neither of us had seen since it was new nearly 20 years ago) and Hairspray (the 1988 John Waters original with Divine, Sonny Bono and Debbie Harry). Then after Paul came home we had pizza and contemplated going to see We're About 9 at the Columbia waterfront, but the weather report was iffy and it can be an hour drive from here at rush hour, so instead we went out and rented Vantage Point (the vote-winner with my kids) and watched that too.

Spoilers: I thought it was quite good as a thriller, well-filmed and superbly cast -- you can't go too wrong with Sigourney Weaver, Forest Whitaker, William Hurt and Dennis Quaid -- but it's entirely lacking the sort of depth of a film like Syriana. What's the point of giving us the narrative point of view of the terrorists without giving us the ideological point of view or some clue as to who they are, as though all terrorists are generic exotic-looking people locked in eternal struggle with the overbearing American empire and its allies? How can we feel anything for people whose struggles we don't understand? I thought the ending was an utter cop-out, and though some of the characters were well-drawn, it was ultimately impossible to care about any of them, even the little girl who seemed to be placed there entirely to manipulate people and serve as a catalyst for a big crash scene. 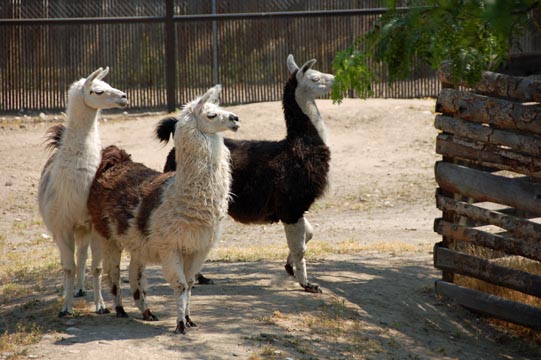 Llamas coping with the heat at Zoo Boise in Julia Davis Park. 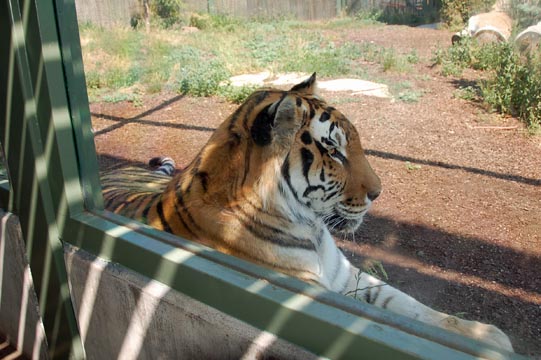 The tiger found the one spot of shade in her enclosure... 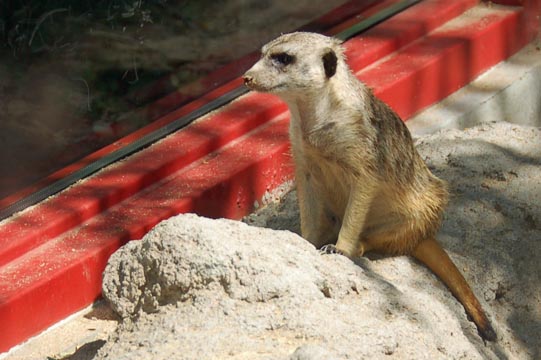 ...though the meerkats seemed unconcerned with the bright sun and played in the sand. 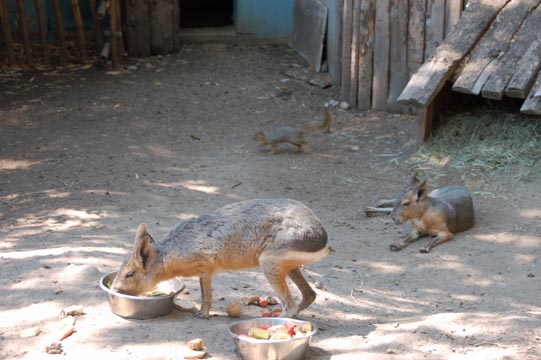 A squirrel went sneaking across the capibara exhibit in search of food. 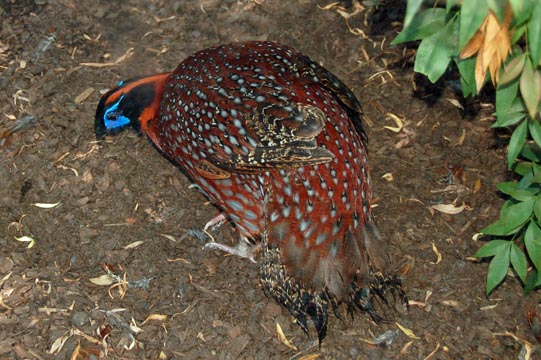 This bright bird is a male Temminck's tragopan pheasant, or crimson-bellied pheasant. 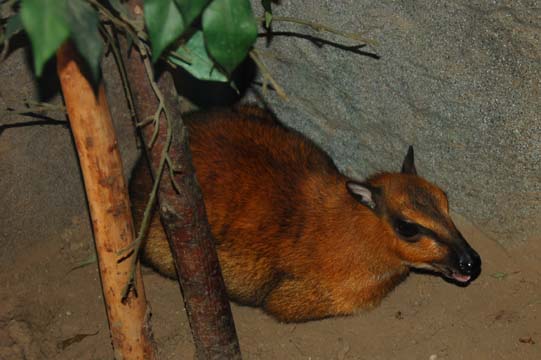 This is a greater Malayan chevrotain, also known as a mouse deer. 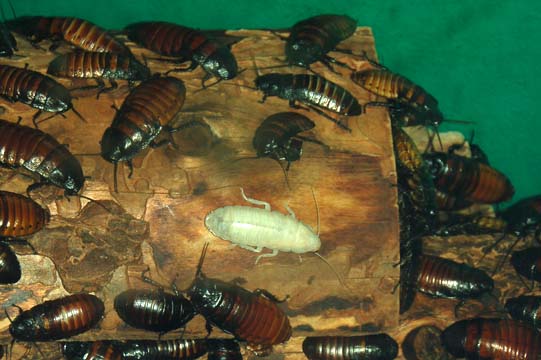 If I ever saw a Madagascar hissing cockroach outside of a zoo, I suspect I would scream like a girl. 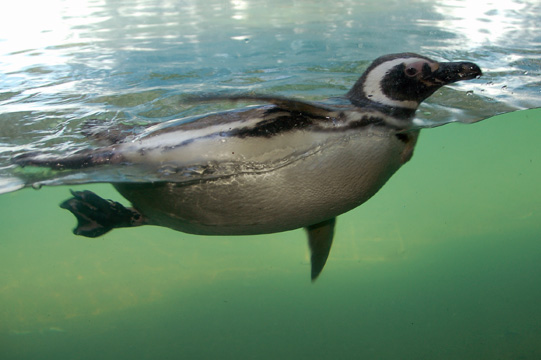 At any zoo with penguins, it always ends up being younger son's and my favorite exhibit.

While I'm talking about animals, I was thrilled to read that over 100,000 lowland gorillas have been found living in the Congo, nearly doubling the number estimated to survive in the wild. Let's hope they stay protected! Also, much to my surprise, Paris Hilton has delighted me!
Posted by littlereview at 12:12 AM