Marilyn Monroe took all her sleeping pills
to bed when she was thirty-six, and Marlon Brando’s daughter
hung in the Tahitian bedroom
of her mother’s house,
while Stanley Adams shot himself in the head. Sometimes
you can look at the clouds or the trees
and they look nothing like clouds or trees or the sky or the ground.
The performance artist Kathy Change
set herself on fire while Bing Crosby’s sons shot themselves
out of the music industry forever.
I sometimes wonder about the inner lives of polar bears. The French
philosopher Gilles Deleuze jumped
from an apartment window into the world
and then out of it. Peg Entwistle, an actress with no lead
roles, leaped off the “H” in the HOLLYWOOD sign
when everything looked black and white
and David O. Selznick was king, circa 1932. Ernest Hemingway
put a shotgun to his head in Ketchum, Idaho
while his granddaughter, a model and actress, climbed the family tree
and overdosed on phenobarbital. My brother opened
thirteen fentanyl patches and stuck them on his body
until it wasn’t his body anymore. I like
the way geese sound above the river. I like
the little soaps you find in hotel bathrooms because they’re beautiful.

Sarah Kane hanged herself, Harold Pinter
brought her roses when she was still alive,
and Louis Lingg, the German anarchist, lit a cap of dynamite
in his own mouth
though it took six hours for him
to die, 1887. Ludwig II of Bavaria drowned
and so did Hart Crane, John Berryman, and Virginia Woolf. If you are
travelling, you should always bring a book to read, especially
on a train. Andrew Martinez, the nude activist, died
in prison, naked, a bag
around his head, while in 1815 the Polish aristocrat and writer
Jan Potocki shot himself with a silver bullet.
Sara Teasdale swallowed a bottle of blues
after drawing a hot bath,
in which dozens of Roman senators opened their veins beneath the water.
Larry Walters became famous
for flying in a Sears patio chair and forty-five helium-filled
weather balloons. He reached an altitude of 16,000 feet
and then he landed. He was a man who flew.
He shot himself in the heart. In the morning I get out of bed, I brush
my teeth, I wash my face, I get dressed in the clothes I like best.
I want to be good to myself.

Swiped from this week's New Yorker.

Not an eventful Wednesday here, as I spent much of the day doing laundry so everything will be clean for our trip to the beach next week. Also, we had to drop the minivan off at the Toyota place to get it thoroughly checked out and make sure we won't have a repeat of any of the problems we had at the end of the last trip! I wanted to stop in the mall behind the car place at Lush, which was having a summer sampler party, and because we were already in the mall, we ended up having dinner there (cheap Thai food, mmmmm).

This article about tourists who got lost in Grand Staircase-Escalante National Monument while driving south from Bryce Canyon National Park made me nostalgic for Utah (though I am very glad we were using maps rather than GPS). Here are some more photos of Goblin Valley State Park, called Mushroom Valley by the first entrepreneur to explore it in depth: 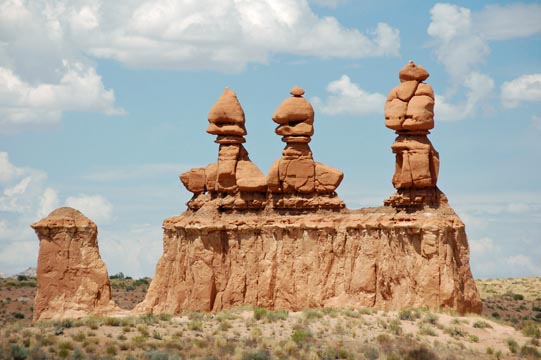 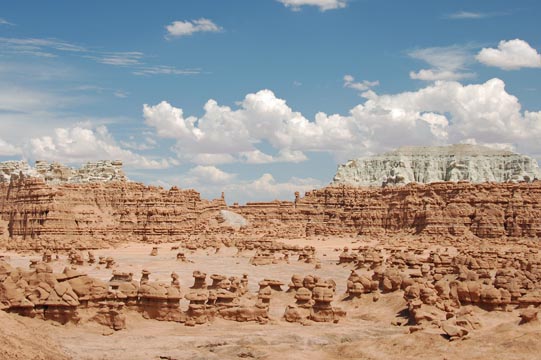 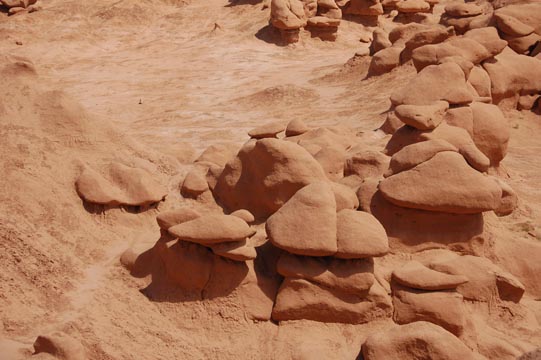 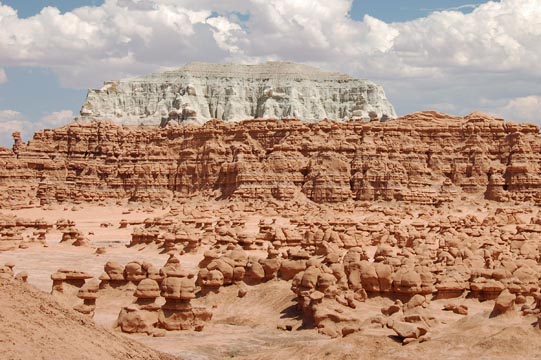 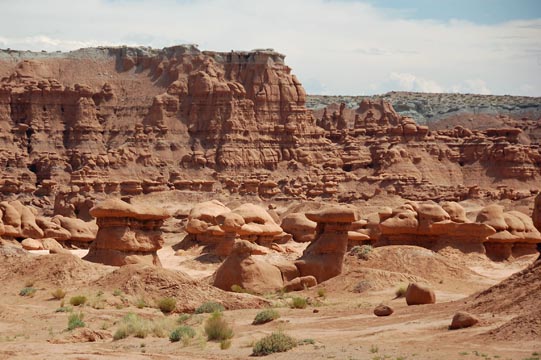 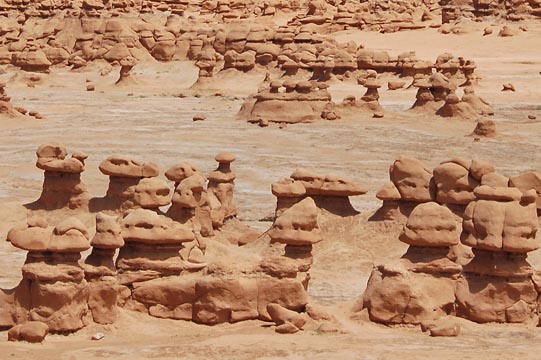 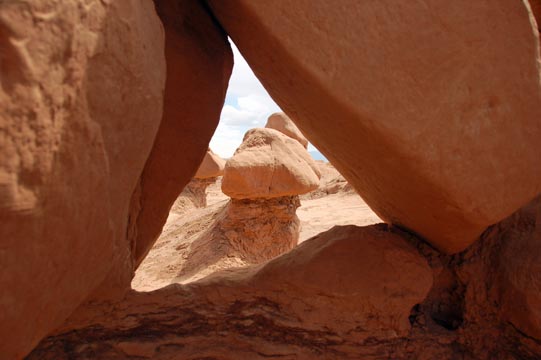 Seen all over the place, swiped directly from
Posted by littlereview at 12:02 AM