No longer throne of a goddess to whom we pray,
no longer the bubble house of childhood's
tumbling Mother Goose man,

The emphatic moon ascends--
the brilliant challenger of rocket experts,
the white hope of communications men.

Some I love who are dead
were watchers of the moon and knew its lore;
planted seeds, trimmed their hair,

Pierced their ears for gold hoop earrings
as it waxed or waned.
It shines tonight upon their graves.

And burned in the garden of Gethsemane,
its light made holy by the dazzling tears
with which it mingled.

And spread its radiance on the exile's path
of Him who was The Glorious One,
its light made holy by His holiness.

Already a mooted goal and tomorrow perhaps
an arms base, a livid sector,
the full moon dominates the dark.

The weather was beautiful after Sunday's storms, so we went to the beach in the late morning. My parents took a walk to visit friends of theirs, then went to the pool with Adam, whose legs were itching in the salt water after getting scraped in the marsh the other day. Daniel was swimming in the ocean and we hung out in the surf with him. Eventually we washed off, went back to the beach house for lunch, then went to Viking Golf -- an annual tradition -- where, after one round of mini golf which I believe my father won, my mother and I took Adam to the go-karts and snow cones while my father, Daniel and Paul played another round. 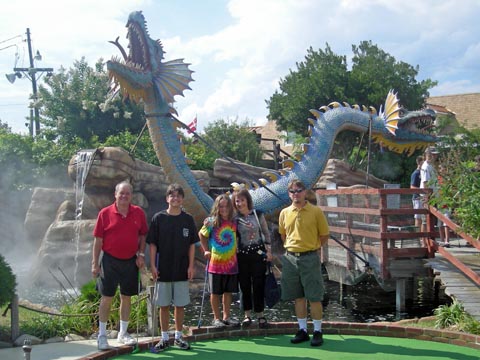 Kangor and Midgard, the fire-breathing dragons of the Norse sagas, breathe cool mist on hot days at Viking Golf. 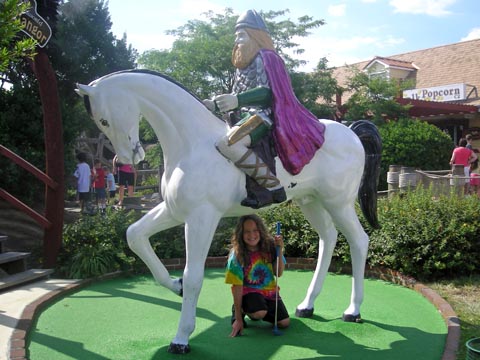 A Viking warrior on horseback in Fenwick Island! (One putts underneath the horse.) 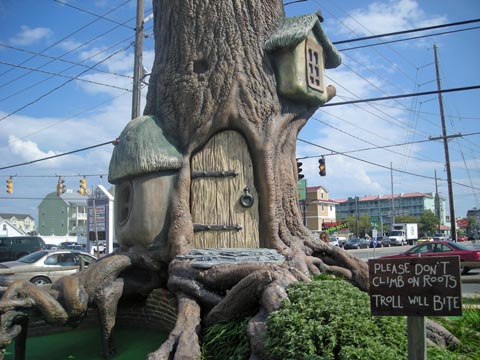 And this hole involves putting underneath the roots of a tree with a troll inside. 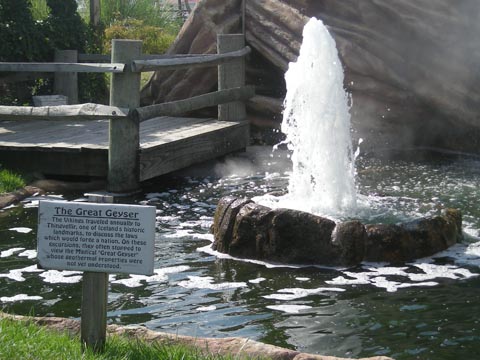 See, we didn't have to go all the way to Yellowstone to see a geyser -- Viking Golf has one imported from Iceland. 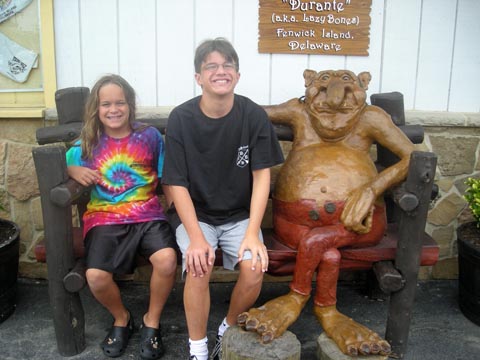 Trolls are present all over the golf course, go-kart area and water park next door. 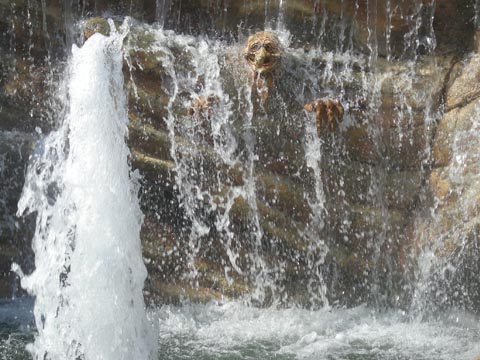 See, they even show up in the waterfalls. 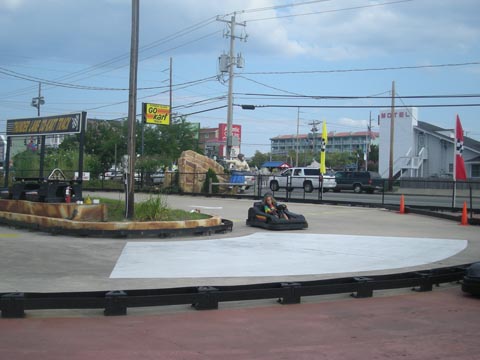 Thor and his hammer put in an appearance directing people to the go-karts. 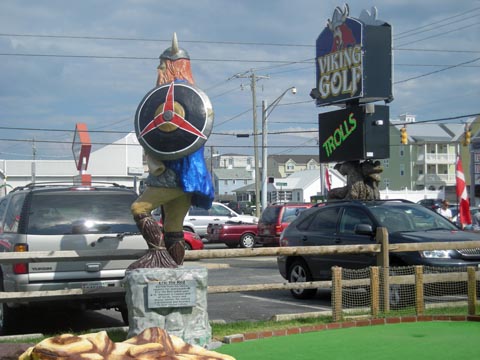 Trolls are even advertised on the electronic sign for the attraction. (Sorry about Eric the Red -- not a fair or accurate depiction!)

We had dinner at the Cottage Cafe, then headed to the Bethany Beach boardwalk, where the kids got ice cream -- Daniel wanted soft serve dipped in hard chocolate shell, Adam wanted make-your-own-sundae -- and we walked on the beach and into a couple of stores. I got some salt water taffy to give as gifts, and a little Ameribag micro to keep around my waist with my cell phone and money when I don't feel like carrying the big purse. In the evening the kids played Scrabble with my mother, though the game was called on account of darkness!
Posted by littlereview at 12:01 AM