Ummi (My Mother)
By Mahmoud Darwish
Translated by Ben Bennani

I long for my mother's bread
My mother's coffee
Her touch
Childhood memories grow up in me
Day after day
I must be worth my life
At the hour of my death
Worth the tears of my mother.

And if I come back one day
Take me as a veil to your eyelashes
Cover my bones with the grass
Blessed by your footsteps
Bind us together
With a lock of your hair
With a thread that trails from the back of your dress
I might become immortal
Become a God
If I touch the depths of your heart.

If I come back
Use me as wood to feed your fire
As the clothesline on the roof of your house
Without your blessing
I am too weak to stand.

I am old
Give me back the star maps of childhood
So that I
Along with the swallows
Can chart the path
Back to your waiting nest.

Another by Darwish, written 40 years ago when the poet was imprisoned in Israel, described in Linda Gradstein's Washington Post article as an anthem for many Palestinians after having been set to music by Lebanese singer Marcel Khalife. Historian Adel Manna, an Arab citizen of Israel who grew up near Darwish, said that his longtime friend "liberated the old Arabic poetry from its constraints and made it accessible to a big audience."

It rained all night but the sun was out at 8 am Friday, so we went to the ocean early. The water was a bit rougher and chillier than the day before, but this provided the advantage of an uncrowded beach. The lifeguards were asking people please not to use boogie boards because the big waves and riptides caused accidents with them. The kids dug big pits and built sand castles, and we found mole crabs and looked at their eggs. My parents came down in the late morning and we all went to the pool for a while, then to the seaside deli in the Sea Colony complex.

In the afternoon we returned to Viking Golf because we had promised Adam that he could go on the big water slides at Thunder Lagoon. I stayed with him while Paul played mini golf with Daniel, then we had some of the excellent caramel corn on the little boardwalk there. My parents had dinner plans with friends and we had planned in the evening to go see Mythica, a local Celtic band, in a free outdoor concert, but there was late afternoon lightning that closed Thunder Lagoon and then a hailstorm on the way back to Bethany Beach from Fenwick Island, so instead we had tacos at the beach house. 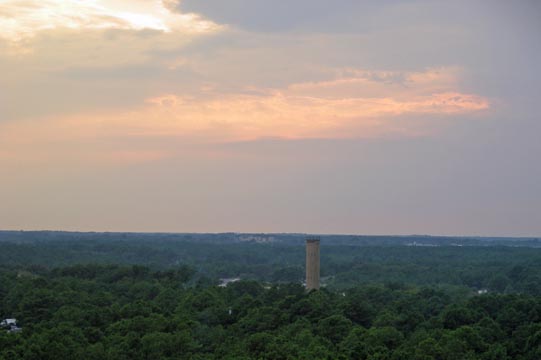 From the top of a World War II observation tower at Cape Henlopen, a view of another "ghost tower." 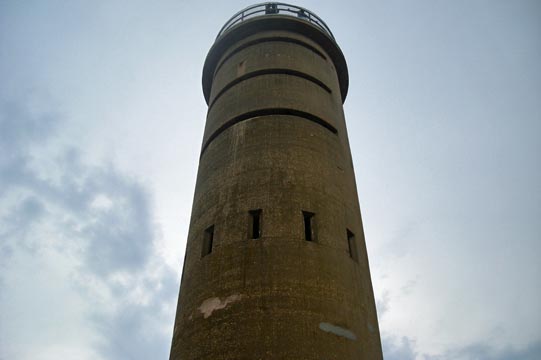 Here is the surveillance structure up close -- there are many of these along the Delaware shore, relics of fears of a German invasion. 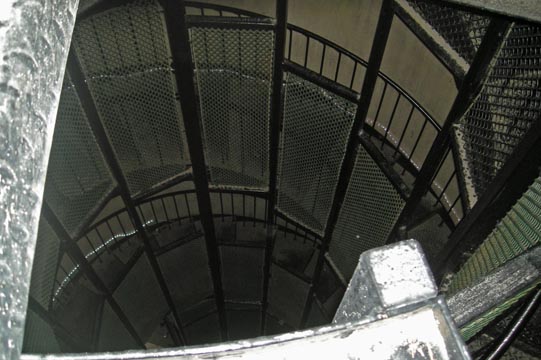 A long spiral stair takes visitors up to three levels of narrow windows for lookouts and the top of the tower. 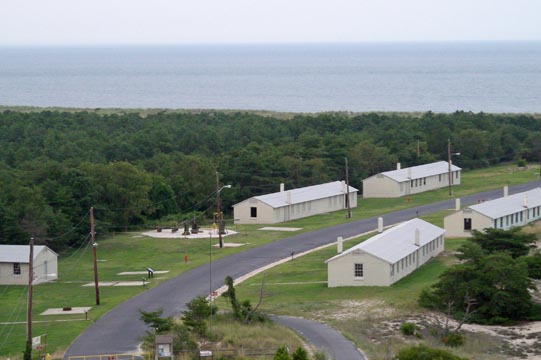 Fort Miles from the tower. There are barracks, research stations and several old guns on display there. 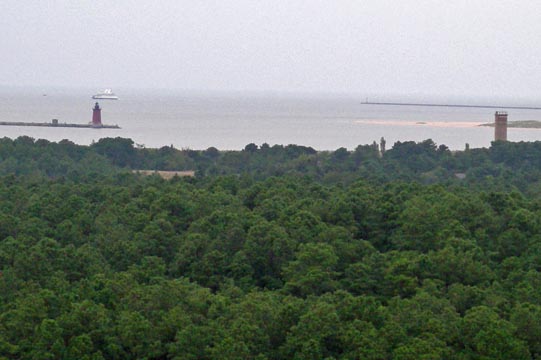 On the other side, the Lewes lighthouse, another observation tower, and the ferry from Cape May, New Jersey. 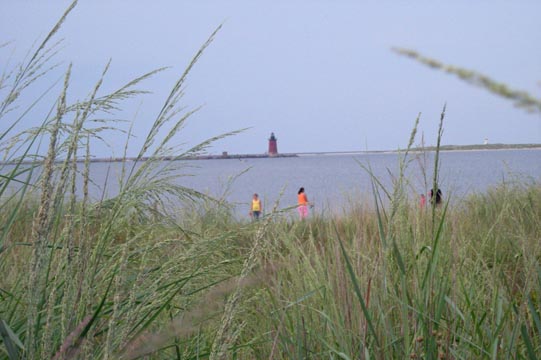 Cape Henlopen is also a popular fishing spot. People set up chairs on the boardwalk by the way and fish all night. 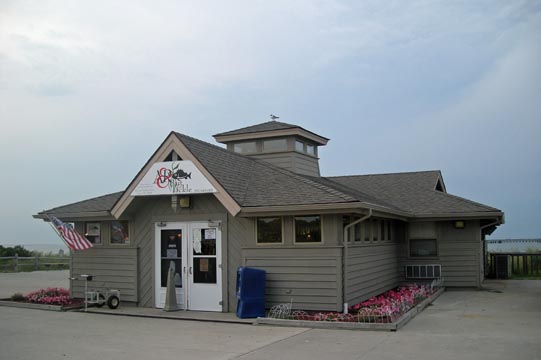 The bait shop is open late, though they do not sell fishing licenses, and everyone who wants to fish or catch crabs must have one of those. 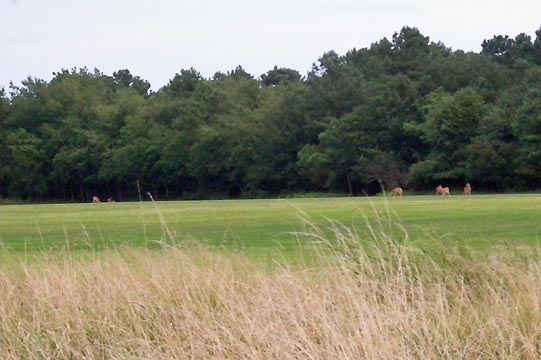 On the way to the nature center and the crab walk, we saw lots of deer grazing near the woods.

The Friday Five: Music
1. What is your favorite song right now? Why? "Until a Drop Becomes a Flood" by Leela and Ellie Grace, because it's sweet and political and witty and passionate and very easy to sing along.
2. What genre of music makes you the happiest? Sometimes folk music, sometimes disco, sometimes Mozart, sometimes old musicals.
3. What would you name your band and what kind of music would you play? The Grifters, and we'd play pretty much anything awesome from the '60s-'80s -- rock, pop, schlock.
4. What is your favorite lyric of all time? Why? Paul Simon's "Graceland," because it's brilliant. "The Mississippi delta was shining like a National Guitar" the first line -- the image of the river both as a brand of silver guitar and as the national guitar set in the cradle of the blues (as well as the cradle of the Civil War, as the song says) -- and it just goes on from there.
5. What band/artist could you never live without? Why? The Indigo Girls. If you don't know why, you should listen to them some more.

We had a quiet evening packing, organizing and watching the "Return To Tomorrow" episode of Stargate Atlantis. Or is it the Battlestar Galactica episode? No matter how well any other actress imitates Tori Higginson's expressions, I want the real, original Elizabeth Weir back, dammit. Saturday we're driving home by way of Dover, where we want to visit a wildlife refuge.
Posted by littlereview at 12:06 AM