No Road
By Philip Larkin

Since we agreed to let the road between us
Fall to disuse,
And bricked our gates up, planted trees to screen us,
And turned all time's eroding agents loose,
Silence, and space, and strangers -- our neglect
Has not had much effect.

Leaves drift unswept, perhaps; grass creeps unmown;
No other change.
So clear it stands, so little overgrown,
Walking that way tonight would not seem strange,
And still would be allowed. A little longer,
And time will be the stronger,

Drafting a world where no such road will run
From you to me;
To watch that world come up like a cold sun,
Rewarding others, is my liberty.
Not to prevent it is my will's fulfillment.
Willing it, my ailment.

From Poet's Choice in The Washington Post Book World, in which Mary Karr writes, "My favorite poems by Larkin are...the more introspective lyrics that find a tragic failure to love in his urge to isolate. In 'No Road,' the lost lover is also a next-door neighbor. These last lines sound squeezed through clenched teeth -- the phrases growing shorter and shorter, as if losing steam. So as the poet's self-knowledge becomes more like an indictment of inadequacy, the poem tightens till it snaps shut, leaving us out, as Larkin willed it."

We're home after a relatively easy drive -- very little traffic approaching or going over the Bay Bridge despite the accident earlier in the week -- and a nice afternoon in Dover. I convinced Paul to stop at the beach after we checked out, so I got to stick my feet in the Atlantic one more time, and Adam was excited because there were piping plovers running up and down the sand looking for crabs the big waves were churning up. Then we drove to the Air Mobility Command Museum at Dover Air Force Base, where in addition to the historic planes and exhibits on the Berlin Airlift, Operation Nickel Grass, refueling in midair and the lives of enlisted men among other displays -- there was a World War II veteran talking about his time as the tail gunner on a B-17G that was shot down by the Germans, leading to the entire crew being taken prisoner, though all of them survived the war -- the museum was hosting a historic car, truck and cycle show. We ate lunch in the canteen, then drove into the center of Dover, the capital of Delaware. We visited the Biggs Museum of American Art, which has art both by Delaware artists and related to Delaware history, and toured the 1791 Georgian Old State House. 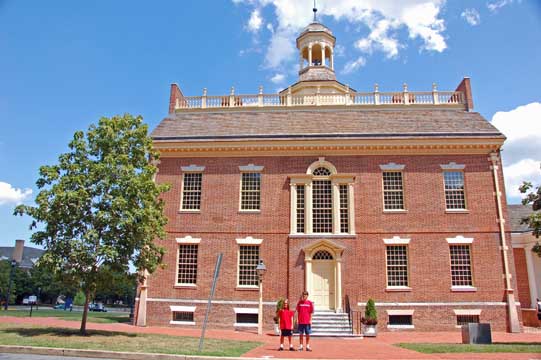 This is the Old State House in the center of Dover, surrounded by the Supreme Court and various other historical and government buildings. 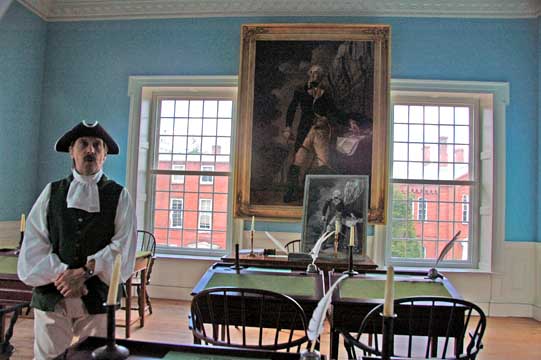 This is where the legislature met on the second floor of the building. Some of the early representatives were the same men who voted to ratify the US Constitution, making Delaware the first state. 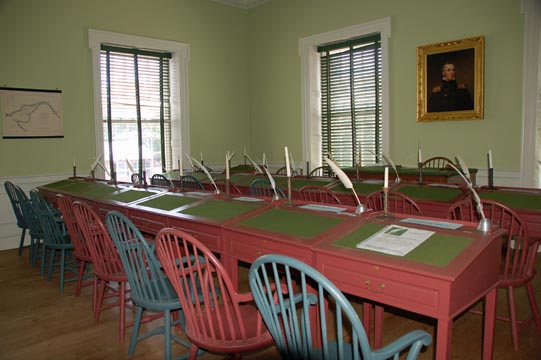 The Kent County legislature met in this building as well before they moved across the square to Legislative Hall, where each representative has a labeled parking spot. 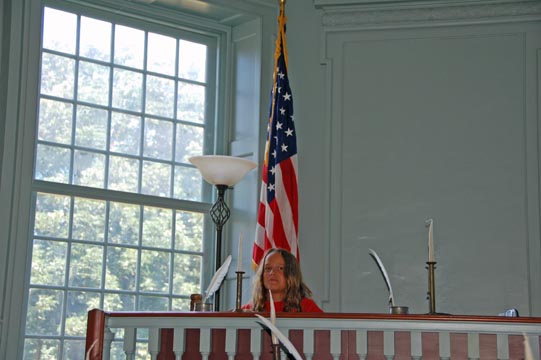 The first floor of the Old State House served as a county courtroom, here set up as it would have looked in the 18th century. The tour guides described in detail the trials of local free blacks and Quakers convicted of helping slaves escape. 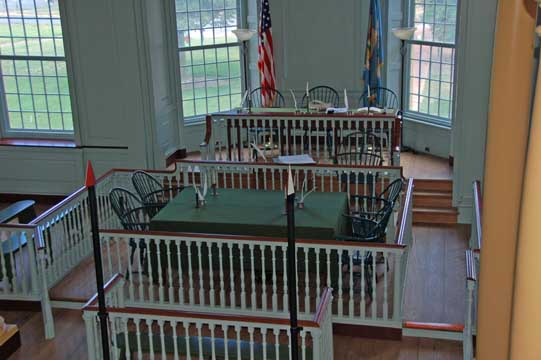 Here is a view of the courtroom from the top of the geometrical staircase. Most of the county's records are still housed nearby. 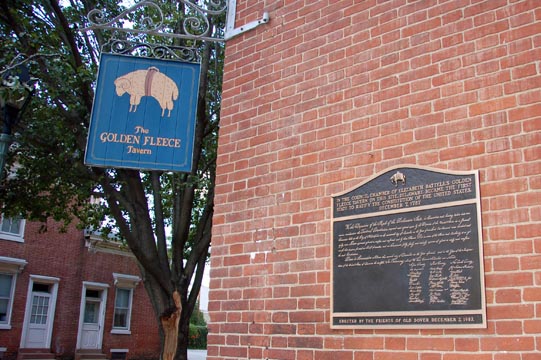 The Constitution was not ratified in this building, however, which was not completed at the time. Unsurprisingly, the delegates met in a tavern across the square for that historic event. 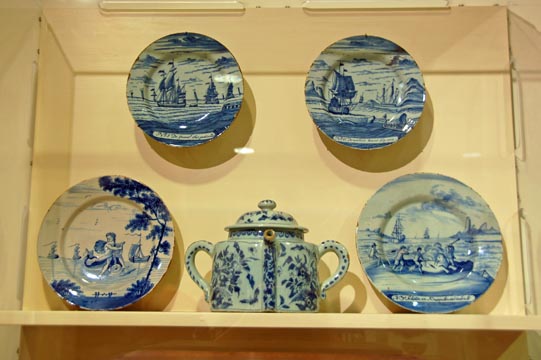 Many of the original settlers in Delaware were Dutch, though they were usurped in some areas by the Swedes. The Biggs Museum collections reflect that history. 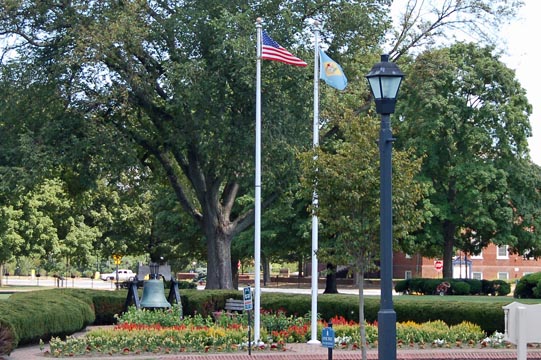 The Green, the historic park linking the government buildings in Dover, has a reproduction of the Liberty Bell given to the people of Delaware.

Driving out of Dover, we discovered by accident that Dover has a terrific Pagan store, Bell, Book & Candle, where I demanded that we stop and find a parking space. Then we drove back across Kent Island and the Chesapeake Bay, electing not to stop for dinner till we were home because we knew we'd need a grocery store trip. Paul and Daniel had Jerry's pizza; Adam and I had sushi, really excellent spicy tuna rolls. The cats look like they can't quite figure out what we're doing here and why PerkyPaduan isn't here, but as long as they have bags to climb in and food in their dishes, they don't seem too stressed out! And yay for Michael Phelps!
Posted by littlereview at 12:16 AM