Once on a plane
a woman asked me to hold her baby
and disappeared.
I figured it was safe,
our being on a plane and all.
How far could she go?
She returned one hour later,
having changed her clothes
and washed her hair.
I didn't recognize her.
By this time the baby
and I had examined
each other's necks.
We had cried a little.
I had a silver bracelet
and a watch.
Gold studs glittered
in the baby's ears.
She wore a tiny white dress
leafed with layers
like a wedding cake.
I did not want
to give her back.
The baby's curls coiled tightly
against her scalp,
another alphabet.
I read new new new.
My mother gets tired.
I'll chew your hand.
The baby left my skirt crumpled,
my lap aching.
Now I'm her secret guardian,
the little nub of dream
that rises slightly
but won't come clear.
As she grows,
as she feels ill at ease,
I'll bob my knee.
What will she forget?
Whom will she marry?
He'd better check with me.
I'll say once she flew
dressed like a cake
between two doilies of cloud.
She could slip the card into a pocket,
pull it out.
Already she knew the small finger
was funnier than the whole arm.

Adam played tennis with my father on Sunday morning while the rest of us watched the Wimbledon men's final on TV, though they got back before match point -- we were delighted both with Murray's win and with how quickly he did it, since it left the whole afternoon free. We had lunch and went downtown to the National Geographic Museum, which has a terrific exhibit on piracy focused on the history, wreck, and recovery of the Whydah, with many artifacts and lots of hands-on replicas, as well as an exhibit on 150 years of National Geographic magazine and a photography display from 2012: 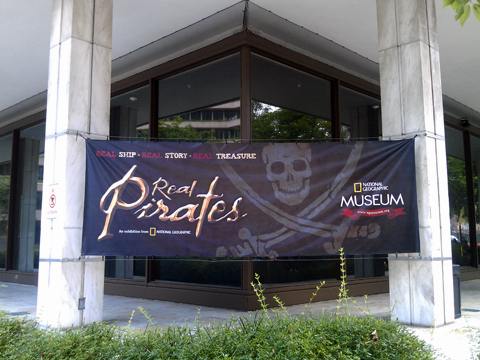 No photos were allowed inside the Real Pirates exhibit... 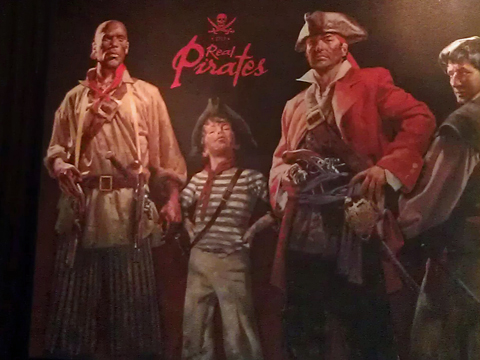 ...which begins with the history of the slave trade for which the Whydah was constructed, then some history of life at sea and piracy, before entering a replica of parts of the Whydah with artifacts from the wreck. 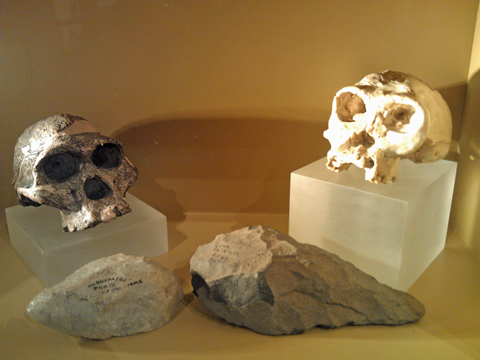 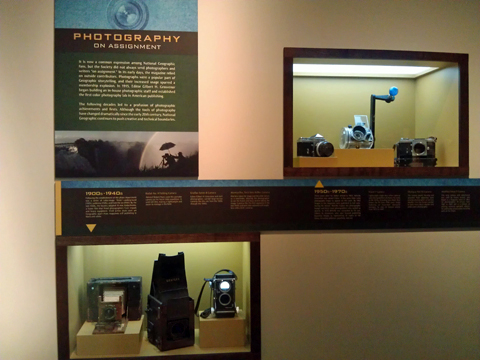 A brief history of nature photography and photographic equipment (Nikon, Canon, and Sony equipment all on display). 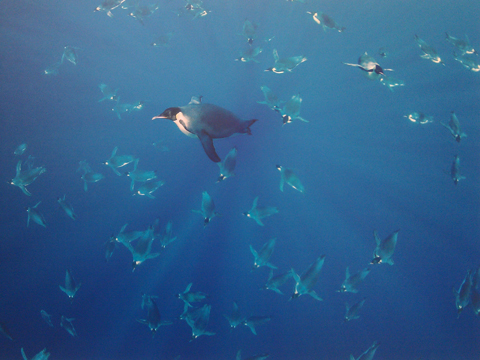 A photo of Antarctic penguins taken for an article in 2012 for which more photos were taken than could be printed. 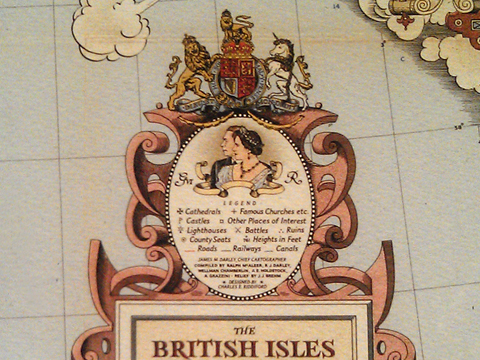 Detail from a 1937 coronation commemorative map... 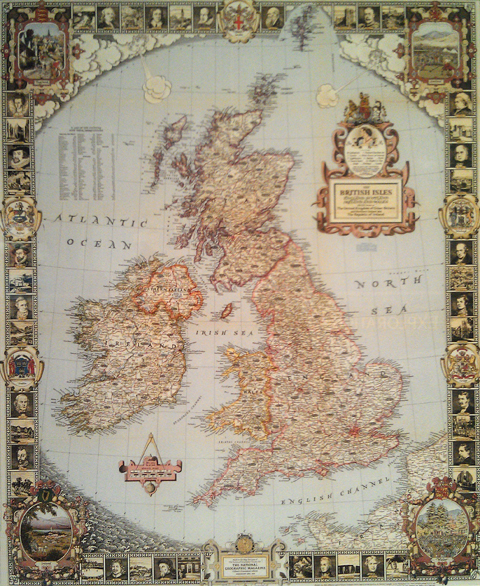 ...of the British Isles with great celebratory border.

We saw deer and bunnies on the way home, then had veggie burgers for dinner. PBS had a special on about Althorp and the Spencer family, which despite the Earl sounding as self-absorbed as ever was quite enjoyable particularly when discussing the connections to the Washington family, after which we watched Endeavour, which we had not seen last season though now I'm thinking I would like to catch up -- I enjoyed the performances more than the story but since I like the main characters, I am hopeful that I would like them in other stories as long as it doesn't turn into yet more murders-of-the-week.
Posted by littlereview at 12:01 AM