Poem for Sunday and C&O Canal

There are no stars tonight
But those of memory.
Yet how much room for memory there is
In the loose girdle of soft rain.

There is even room enough
For the letters of my mother’s mother,
Elizabeth,
That have been pressed so long
Into a corner of the roof
That they are brown and soft,
And liable to melt as snow.

Over the greatness of such space
Steps must be gentle.
It is all hung by an invisible white hair.
It trembles as birch limbs webbing the air.

And I ask myself:

"Are your fingers long enough to play
Old keys that are but echoes:
Is the silence strong enough
To carry back the music to its source
And back to you again
As though to her?"

Yet I would lead my grandmother by the hand
Through much of what she would not understand;
And so I stumble. And the rain continues on the roof
With such a sound of gently pitying laughter.

We had several chores to do on Saturday -- the laundry isn't folded yet, but everything is unpacked -- and Adam had plans to go to the pool and to lunch with friends, so before the rain arrived in the afternoon, the rest of us went for a walk along the C&O Canal. There was a surprising amount of water especially at Lock 8 and we saw quite a lot of turtles: 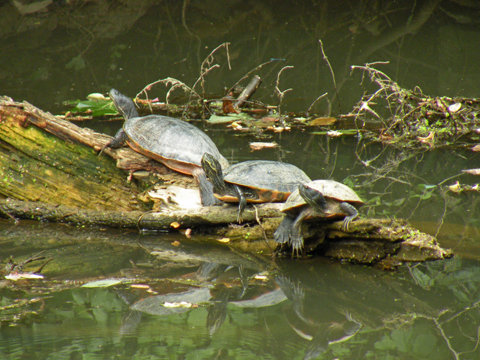 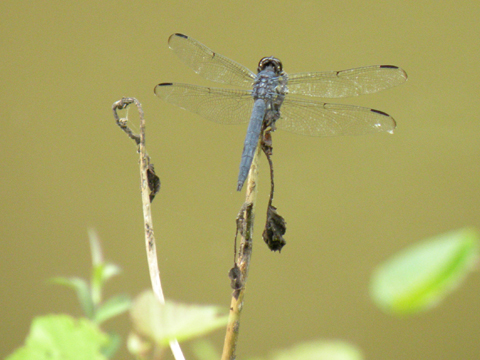 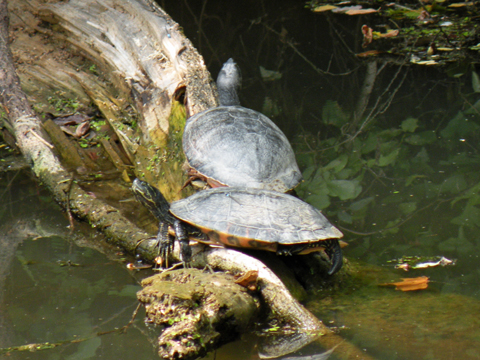 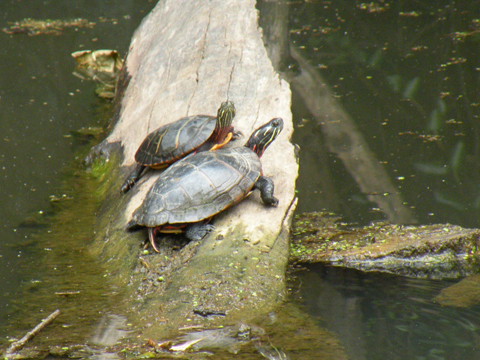 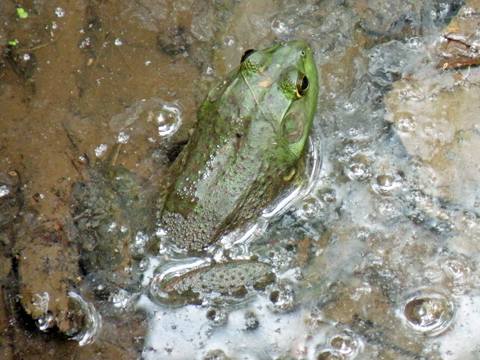 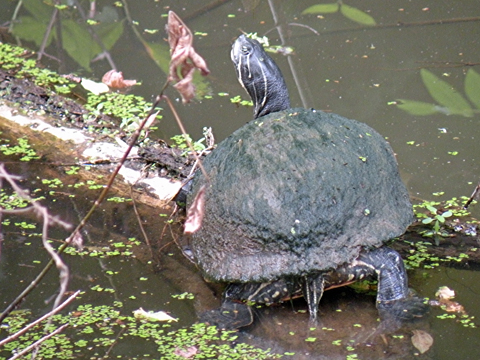 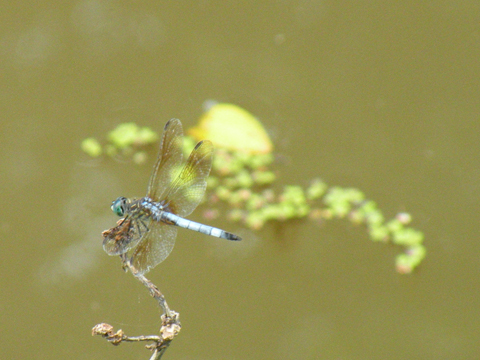 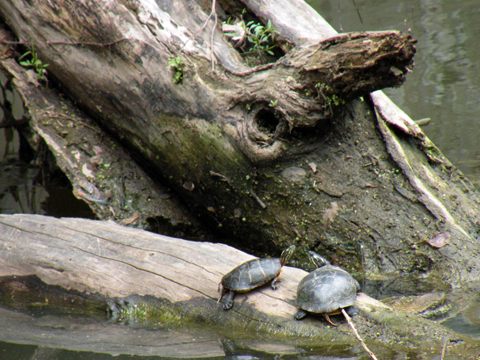 Eventually the rain arrived and we came home to finish getting organized. PBS was showing The Last Emperor, which we hadn't seen since it was in the theaters, so we watched it with Adam. I'd forgotten some of the particulars -- it's almost unremittingly depressing but extremely well acted. I won't even discuss the terrible Orioles game!
Posted by littlereview at 12:08 AM

Thanks for posting such beautiful pictures of the wildlife along the C&O Canal! The C&O Canal Trust --- the official nonprofit partner of the C&O Canal National Historical Park --- is working to preserve the Park and to improve the visitor experience. To learn how you can help care for this national treasure, please visit www.canaltrust.org