My entire day was taken up with finishing and posting a review of Deep Space Nine's terrific "Waltz" and getting ready for Adam's prom night. He was dismissed from school early, got his hair cut, got dressed, was driven over to a friend's house to eat snacks and hang out with the rest of the guys before the girls arrived, then the parents all descended an hour later and everyone took pictures: 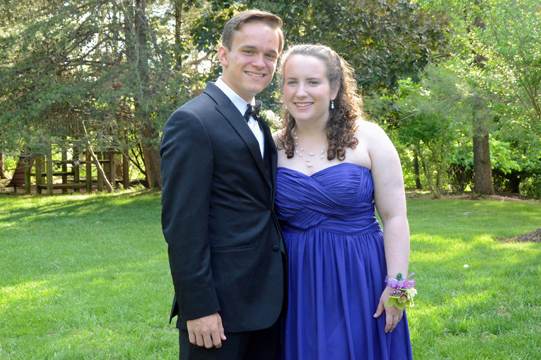 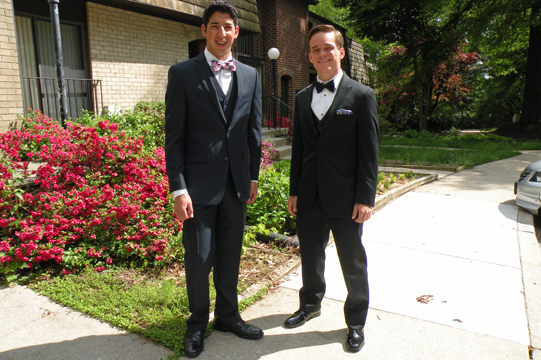 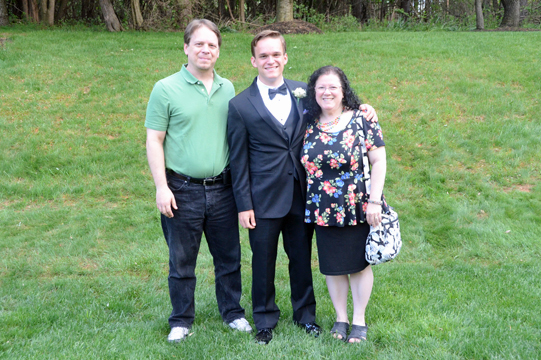 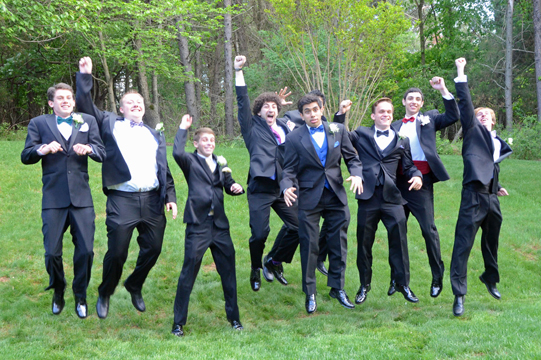 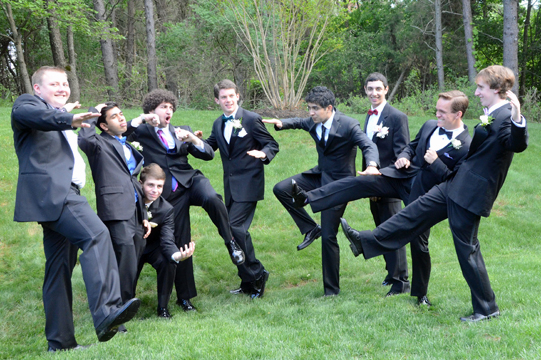 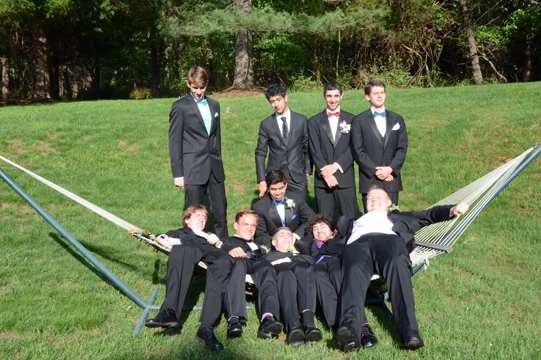 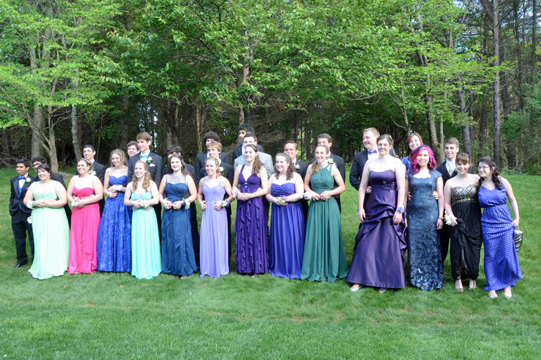 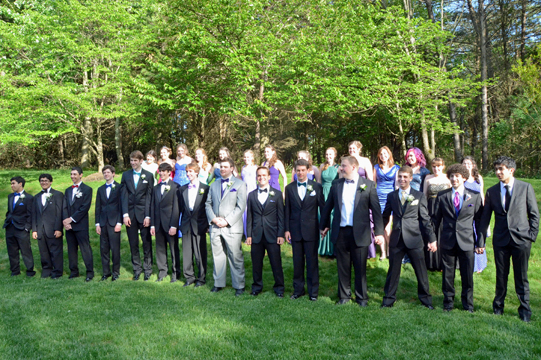 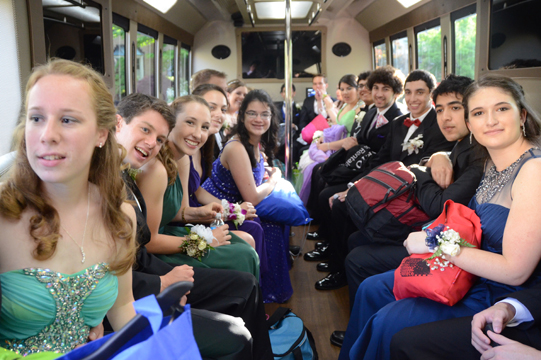 The group had hired a party bus (more affordable than individual limousines) to take them to dinner, then to the prom, then to the after-prom that's at a bowling alley. After the bus arrived, we gave up on our half-formed dinner plans with friends because none of us were sure of our timing (our kids were departing from different places), came home, had dinner, then spent the evening watching the Nationals while swapping photos with other parents!