You and Your Ilk
By Thomas Lux

I have thought much upon
who might be my ilk,
and that I am ilk myself if I have ilk.
Is one of my ilk, or me, the barber
who cuts the hair of the blind?
And the man crushed by cruelties
for which we can't imagine sorrow,
who would be his ilk?
And whose ilk was it
standing around, hands in pockets, May 1933,
when 2,242 tons of books were burned?
Not mine. So: what makes my ilkness my
ilkness? No answers, none forthcoming.
To be one of the ilks, that's all
I hoped for; to say hello to the mailman,
nod to my neighbors, to watch
my children climb the stairs of a big yellow bus
which takes them to a place
where they learn to read
and write and eat their lunches
from puzzle trays—all around them, amid
the clatter and din,
amid bananas, bread, and milk.
all around them: them and their ilk.

Another quick post as we spent most of the day at the Virginia Renaissance Faire, plus driving to and from the Faire and having dinner in Fredericksburg with Cheryl and Lin, whom we met at the winery where the Faire is held (no kids accompanied us this year; Adam had his last day of being an aide at Hebrew school, then had lunch with my parents and went to film a movie for school with friends, while Daniel is finishing up his junior year of college). 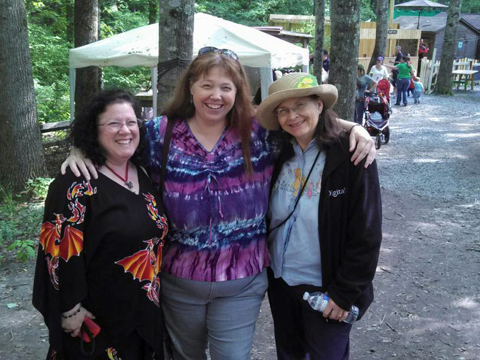 The weather at the Virginia Renaissance Faire was gorgeous but we were not organized enough to dress up. 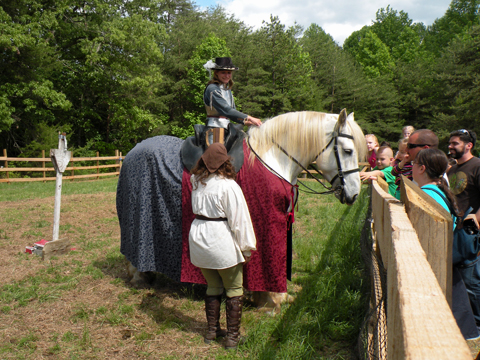 There was a joust, which I believe the woman jouster won, though I'm not sure how the skill tests were scored. 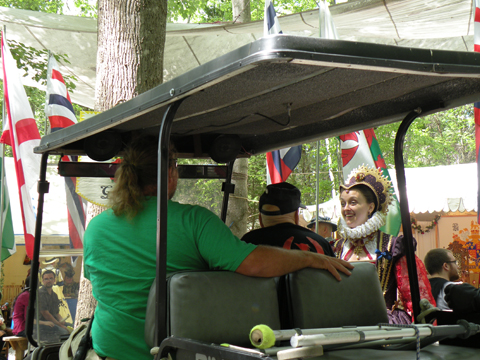 The Queen greeted disabled veterans in a magical carriage. 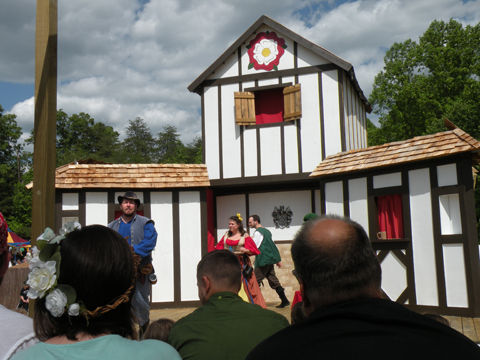 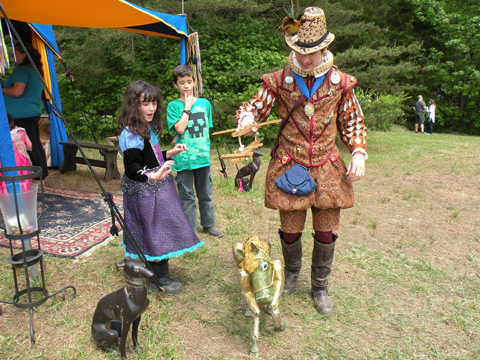 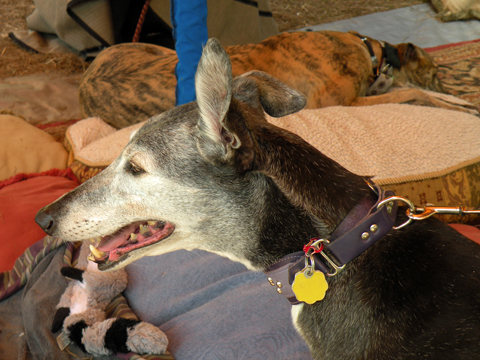 The rescue dogs, aka the Queen's Greyhounds, were there... 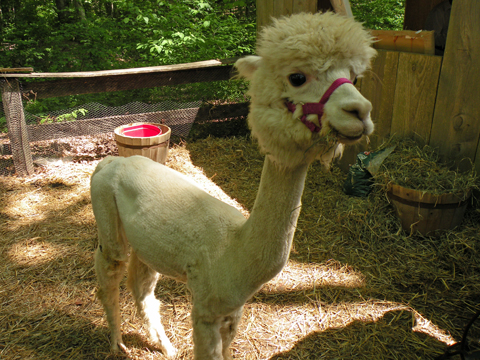 ...as were some alpacas from a nearby farm that sold products made from their fiber. 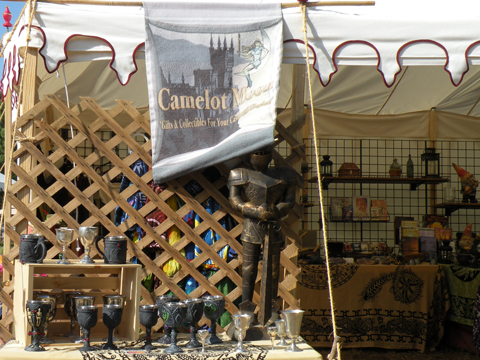 Of course we ate cheesecake on a stick and spiced rum nuts, and admired the wares.

We got home before Adam, who was still out filming and having dinner with his friends, though we hit traffic in both directions and only discovered while watching the news that Tysons Corner had an explosive go off in a movie theater, which might have explained some of the craziness in that area. We watched Cosmos with Adam, at which point we already knew the Nats had won and the Os had lost. On Monday we have our last-ever track banquet at the high school.

I would love to have copies of two of your photos (and any others of the same theme you may have taken) of the greyhounds and the puppeteer outside the hound hut. We don't get to see the hounds from the patron's perspectives and rarely do we get copies of such pictures. We would give copyright credit to any we may use on public forums.

I'd be happy to send you the original sizes (I have several from past years at the faire too).