Poem for Sunday and Maryland vs Michigan

maybe you thought I couldn’t hang on to a ball flung so far
or maybe you actually can’t throw so far
but in any case I feel quite open now,
the defenders don’t seem too interested in me
I sense only open air all around me
though the air is getting darker and it would appear
by now we’re well into the fourth quarter
and I strongly doubt we can afford to settle for
dinky little first downs if the score is what I think it is

so come on, star boy, fling a Hail Mary
with a dream-coached combination of muscle and faith
and I will gauge the arc and I will not be stupidly frantic
and I will time my jump and—I’m just going to say
in the cool gloaming of this weirdly long game
it is not impossible that I will make the catch.

We spent Saturday afternoon in College Park with my parents but no kids, which was a little strange -- I think the last time I was in UMCP's stadium with my father but not one of my sons was when my high school went to the state football championship in 1983. My sister had tickets because Maryland was playing Michigan, of which her husband is an alum and supporter, but since they couldn't go, we got to go instead! In large part because so many locals were at the Nationals victory parade in DC, the stadium had a large percentage of Michigan fans, some of whom were completely obnoxious so we moved away from them -- I expected Maryland to lose as badly as they did but you'd think visitors could have been more about supporting their team than running the home team down. 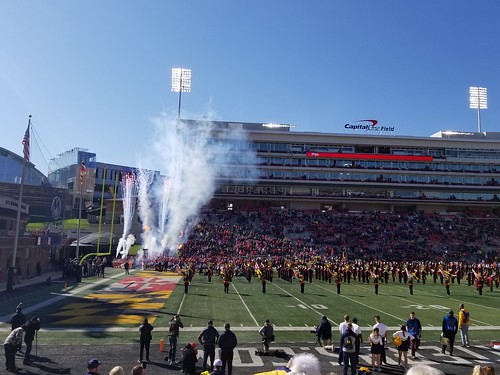 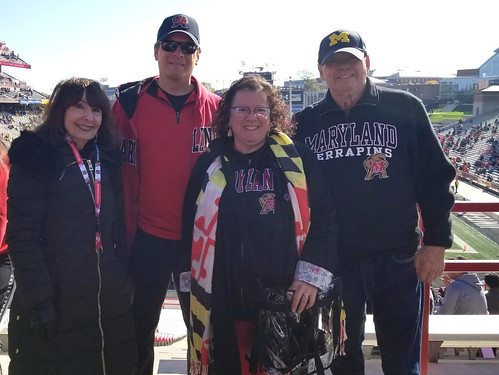 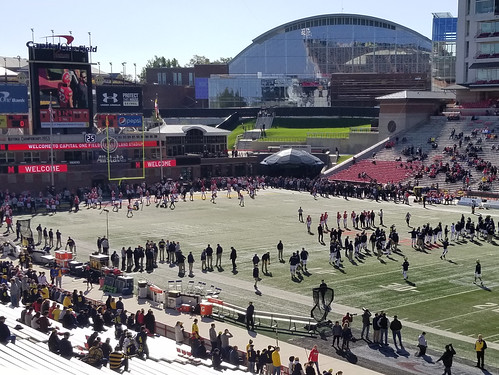 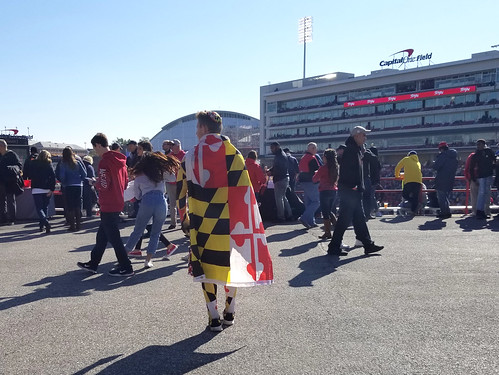 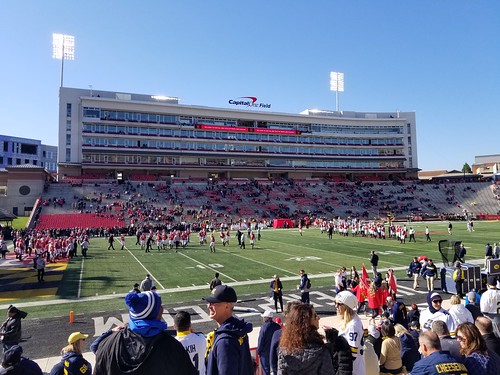 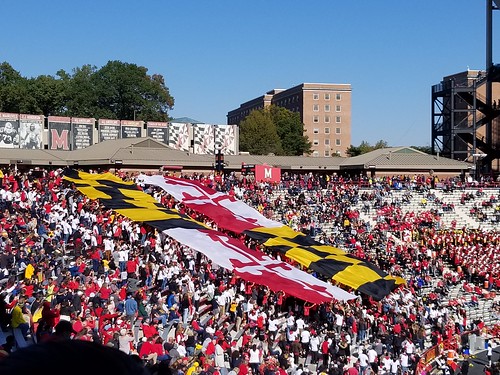 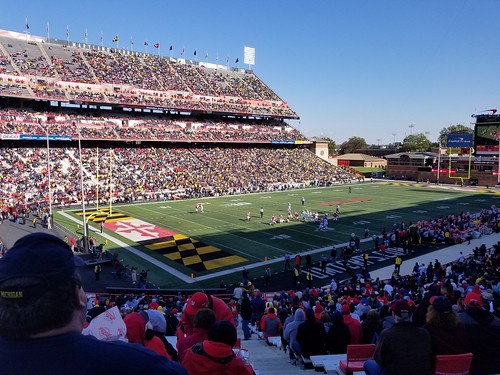 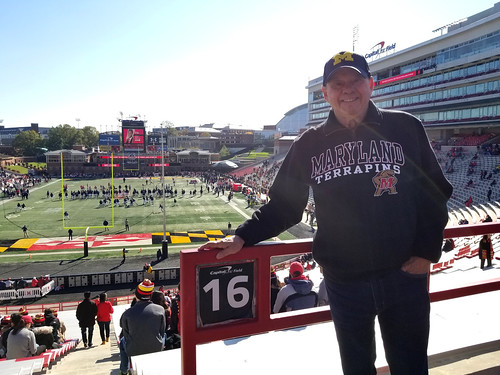 The stadium has pretty good veggie burgers and Old Bay to put on the fries, so lunch was better than I was expecting. We left after the third quarter, at which point the Terps had scored one touchdown but Michigan had scored five (they would later add a field goal after putting in their backup quarterback). In happier news, we came home and watched the important part of the Nationals parade, namely the supporters' and players' speeches. Then we went to have pizza with my parents after I did one PoGo Regice raid during the weekend Regigigas event, which I did not pay to take part in. When we got home, we watched the first two episodes of Watchmen, which has some amazing aspects and some that confused me because I never read the comic and the series is radically different from the film.

Posted by littlereview at 12:37 AM